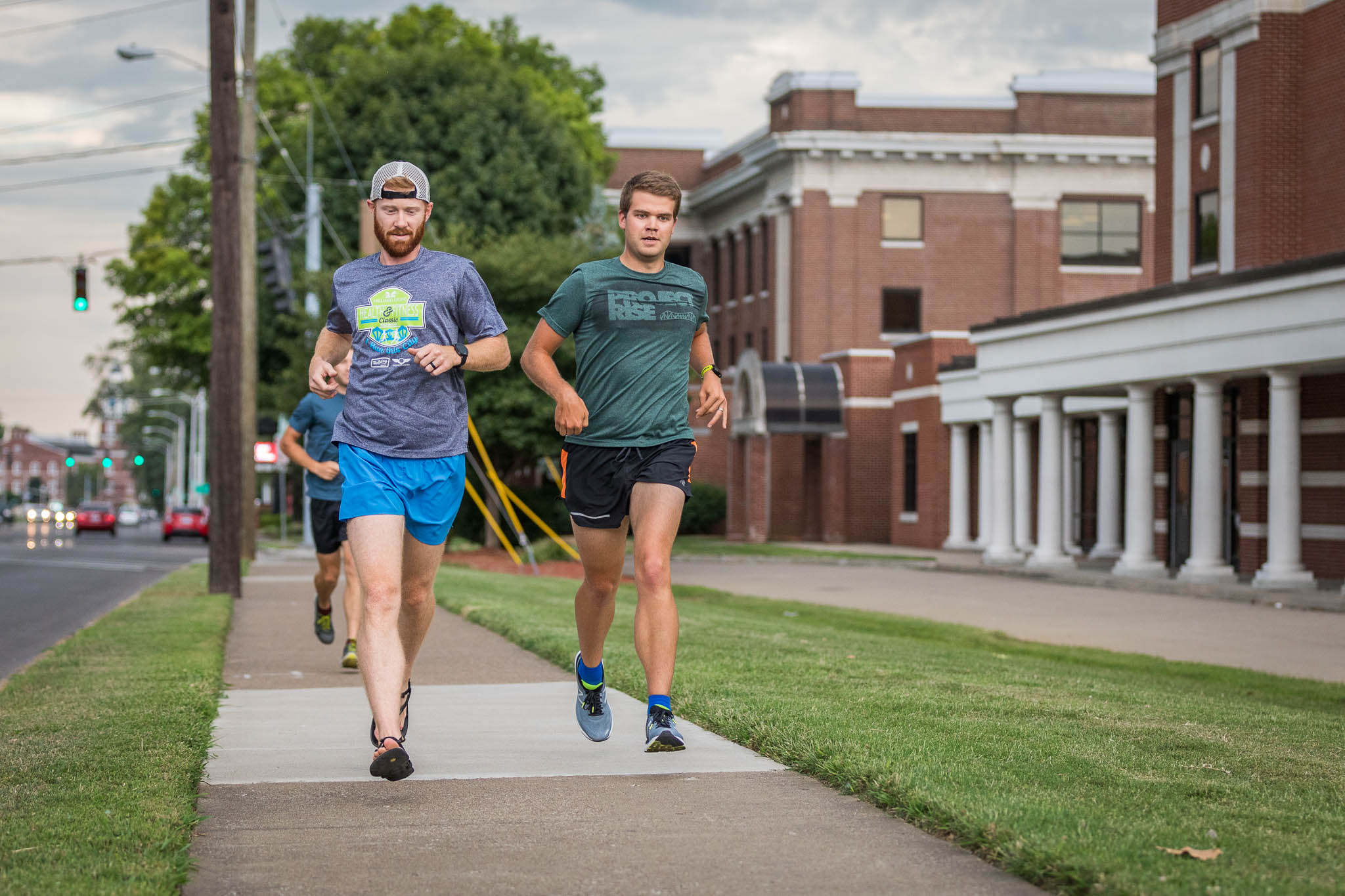 Ten thousand feet up in the Colorado Rockies lies the small city of Leadville, a former silver mining town that now hosts one of the most legendary trail race series in the country.

It began in 1983 with 45 runners trekking 100 miles across the rugged Rocky Mountain terrain, and through 25 years of growth, it’s finally reached a local group of friends who decided it was time to attack the behemoth that is Leadville.

“I think it’s been a mythical creature around here,” Loucks said. “We all just started to one-up each other. It started with someone doing a half marathon, and it turned into someone doing a 100-miler. Who knows what someone is going to do next.”

As if 100-miles on foot wasn’t enough, what makes the CenturyLink Leadville Trail 100 Run unique is the course itself. Runners begin in Leadville, the highest city in the U.S., and climb as high as 12,600 feet. Their greatest reprieve in altitude comes when they pass by the Twin Lakes, once on the way out and again on the way back, at a mere 9,200 feet up.

Harvey, who lives in Rockport, Indiana, but often trains in Owensboro with Loucks, said it’s counterintuitive, but training in a muggy environment actually helps prepare for the lack of oxygen in the mountains.

“The thick air around here helps you acclimate to the thin air out there,” Harvey said. “That’s what I’ve been told by a numerous amount of people. We’ll see how it pays off.”

Loucks was able to provide some insight into the conditions, though his race was only about a quarter of the distance Harvey will be running. Loucks said being in a different environment was stimulating and helped take his mind off the challenges, but runners definitely need to train in harsher conditions.

“What I’ve learned is you need to increase your suffering,” Loucks said. “Here, we don’t have mountains, but we have a lot of heat. It makes you tougher. I was more prone to go outside even though it was 100 degrees and very humid. It sucked, but I knew the altitude and terrain would be tough as well.”

Tough it was. Rather than the roots and dirt the pair are used to at Ben Hawes, the trail at Leadville was much rockier. Loucks said he saw several people break their collarbones and develop hypothermia, even though the marathon was in June.

Runners can qualify for the Leadville in races throughout the year, but Harvey was able to bypass that when his name was drawn out of a lottery. His longest run to date has been 60 miles, so he expects a challenge. He said there’s only so much you can do, though, when preparing for a race like Leadville.

“I’d say it’s about 80 percent mental,” Harvey said. “You can go in as fit as you’ve ever been, but anything could break you down out there. You could run for 10 hours in the night, and being in the dark that long by yourself can definitely get you down. Everything is going to hurt. I don’t care what kind of shape you’re in.”

The race, beginning at 5 a.m. CST Saturday has a 25-hour cutoff time for runners trying to get a large, silver and gold trophy buckles. Participants that come in between 25 and 30 hours receive a smaller buckle.

Harvey said his main goal is to finish in the 30-hour time limit. He is competitive by nature but said he’ll have to make sure he stays focused on his own running, not trying to catch anyone in front of him.

“Whenever I’m running, I get a little bit of an ego,” he said. “It’s best to do your own thing. If you’re wrapped up in somebody else’s race and not running your own, you’re either going to run too fast or something is going to burn up quick.”

The self-named “Race Across the Sky” will start in the middle of Leadville, and runners will head west along the north border of Turquoise Lake. They’ll make a sharp turn south, then pass the Twin Lakes on the way toward the midway point in Winfield, Colorado. There are seven aid stations along the way that runners can utilize each way.

Harvey said he’ll take his wife and a handful of other friends for support and to help pace him. He knows it’s not going to be easy, but he’s ready for the challenge.

“I’m an optimist and I crave adventure,” Harvey said. “I guess I’m a junkie for pain. I enjoy going out to see what the limit is.”