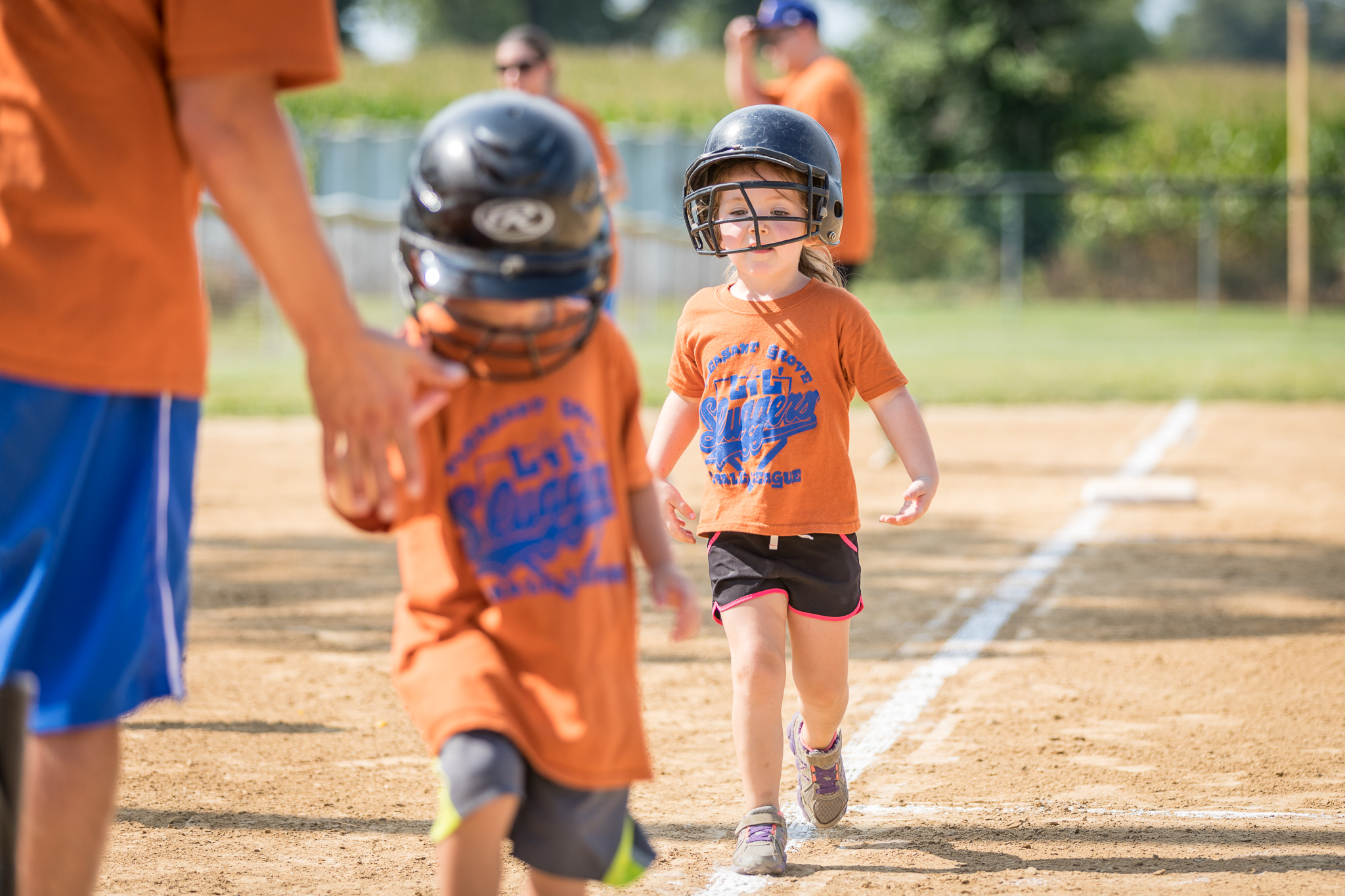 It only took 30 minutes for more than 300 players to sign up for the Lil’ Sluggers T-Ball League this year, so registration was closed by noon on the first day.

Week two of the eight-week season wrapped up today for the 26 teams in the league, an organization started by David Rogers six years ago. Lil’ Sluggers teaches young children some of the basics of baseball, but the more important goal is teaching them Christian values and introducing them to Jesus.

Rogers, a youth and worship minister at Pleasant Grove Baptist Church, wanted the church to play a bigger role in the lives of the youth. He thought the roles of religion and sports had changed in today’s society, and with Owensboro being a sports-heavy town, saw an opportunity to create change.

“Times have changed since I was little,” Rogers said. “Nowadays, kids are being taught that sports takes sacrifice and church is convenient. I think that should be the other way around.”

Lil’ Sluggers is a co-ed league for children ages 3-6, and it promises to provide a Christ-centered environment for the families. During the second inning of each game, the children go under a tent called the “cool zone” for popsicles and a short break. Meanwhile, a volunteer from Pleasant Grove takes that time to talk to the parents about the role Jesus has played in their life recently.

The league has grown since its inception, from 120 players in the inaugural season to 335 this year. Rogers said they have reached maximum capacity by noon on the first day of the last few years. The church had to add a second field to accompany the increase in participation, and the whole organization is run by volunteers. This year, 120 church members are on staff to help out.

Rogers said the league does want to grow, but they have to be careful about how they do it. Rather than increasing the size of the Lil’ Sluggers, he wants to focus more on the effect they are having on the families involved.

“It’s always our goal to grow,” Rogers said. “Doing it to the very best of our ability has been a flagship of what we’ve done since day one. We just want to make sure that whatever we do, we do it with excellence. We’re at the point where we’re really trying to grow the manner in which we do things, not necessarily numerically. We’re trying to be more effective in engaging families and getting them plugged into a local church.”

Time and space are another factor that play into limiting expansion. With so many players, the teams have to practice two at a time on each field, and game days have to be kept to a tight schedule. Practices are held Mondays, Tuesdays and Thursdays, while games take place from about 9 a.m. to 7 p.m. on Saturdays.

Rogers said they have considered moving to a complex with more fields, but they don’t want to be too quick about moving to another location.

“That is on our radar, but if we’re trying to introduce people to a local church, bringing them on the campus is a really good thing, he said. “We’re hesitant to make that jump off site.”