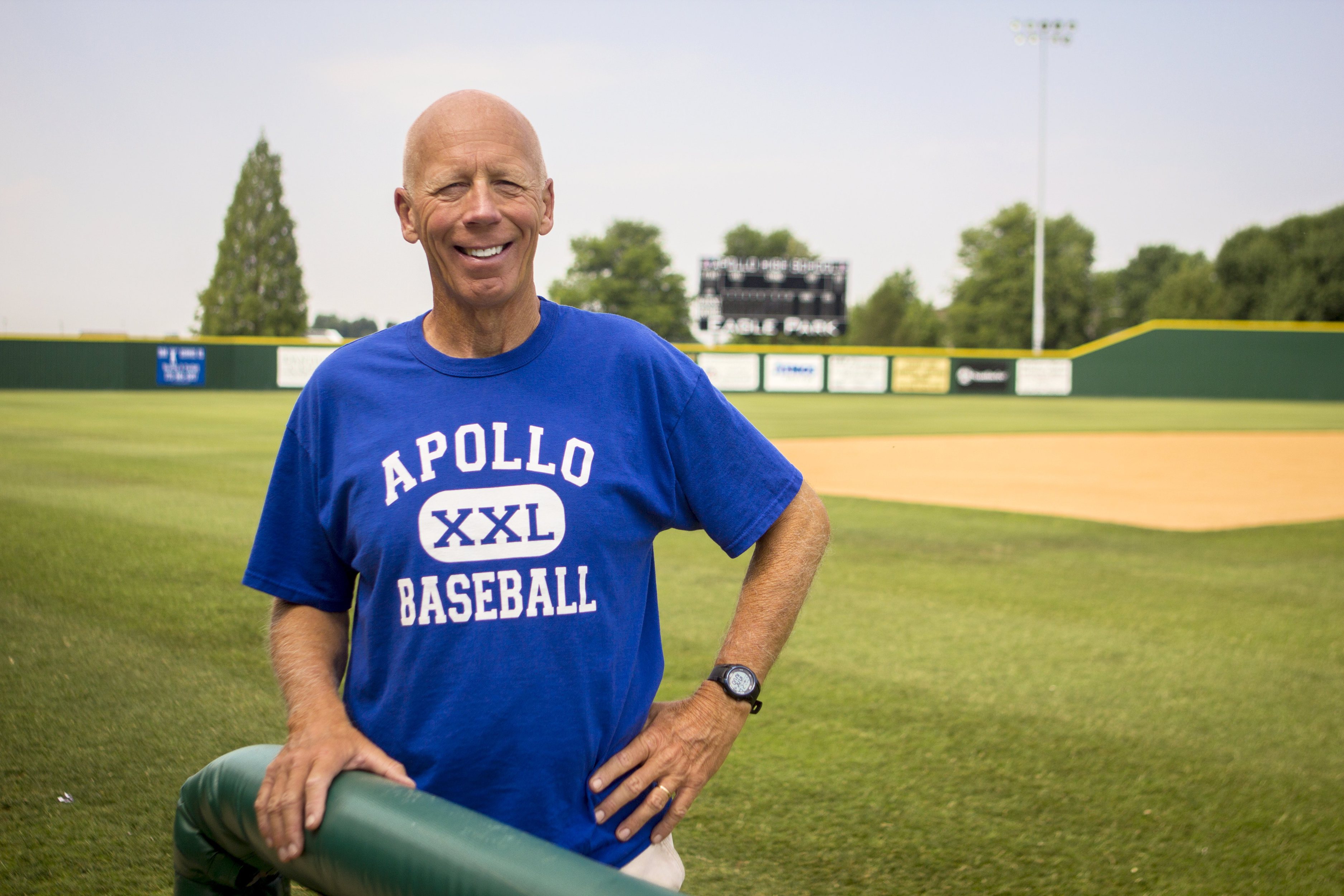 Bob Mantooth's No. 15 is going to be retired from the Apollo baseball program on Friday. | Photo courtesy of Owensboro Parent

Bob Mantooth knew the question was coming, but he was still at a loss for words. What made him to decide to retire?

“I knew I’d be asked that, and I don’t really know what to say,” said Mantooth, the former head coach of Apollo High School baseball. “I just knew it was time. I always prayed that I’d know when it was time.”

That time came earlier this year, but it was only recently that the program officially named Mason Head as the replacement. Mantooth led the Eagles for 35 largely successful seasons, but he doesn’t care too much about the statistics and awards he gathered. To him, he’d much rather have a lasting impact on his players’ lives off the field.

“I feel like as I got older, I tried to coach kids as much as the game,” Mantooth said. “I felt like that was what I was supposed to be doing.”

Take longtime assistant coach Tony Mattingly, for example. The first encounter with Mantooth came when Mattingly played for him during middle school. Mattingly’s dad died the previous year, so Mantooth helped fill the void of a male role model.

Mantooth’s genuine interest in his players — wanting them to succeed and being invested in their lives off the field — played a big role in shaping the future for Mattingly. After graduating, Mattingly came back to coach the freshman team, moved up to assistant coach and now considers Mantooth one of his closest friends.

“His desire to mold men, in addition to baseball players, helped him be successful,” Mattingly said. “He made players ready for life and made them the kind of people he wanted in the community, on top of teaching baseball skills. The first part is missing in a lot of coaches these days.”

Mantooth remained humble when talking about his success on the field. Kindly deflecting the questions about winning, he directed all the credit back to the players.

“With any program, once it gets going and you start to have success, it’s sort of an expectation,” Mantooth said. “It’s nothing I did. It’s all built on the players, and each group wanted to continue that.”

While the majority of his career was spent with the Eagles, Mantooth actually started as the head coach at Webster County. Over 42 seasons, he posted a 977-489-2 record, good for fifth place on the KHSAA baseball all-time win list.

Even Mantooth’s son, Ryne, knows those numbers aren’t the most important things his dad leaves behind.

“One of the things most telling about Dad is whenever he announced his retirement, not very many people talked about his wins or championships,” Ryne said. “They all talked about what a great man he was and how they impacted his life. Teach them a little bit about baseball, and the wins would take care of themselves.”

Ryne got started in baseball at an early age, and it didn’t take long for him to know he wanted to follow in his dad’s footsteps. Watching his father develop young boys into good players, and more importantly great men, left a lasting mark.

“I wanted to coach because of him,” Ryne said. “The impact you can have on a young man’s life as a coach is very rewarding.”

Ryne spent eight seasons as an assistant to his father at Apollo before moving to the collegiate level, where he is currently an assistant at Kentucky Wesleyan. He said he had the advantage of knowing early on what he wanted to do for the rest of his life — like father like son.

Mantooth knows he’s going to miss his role as head coach, but he’s still invested in the future of the program. He has not decided yet how often he plans to attend games, but knows he still holds value in all the relationships he’s built. He said he loves the town and people, and he always felt home at Apollo.

“I was always thrilled to be at Apollo,” Mantooth said. “It was a great place to be, and I had no desire to go anywhere else. I just feel blessed to have gotten to do what I did for so long.”