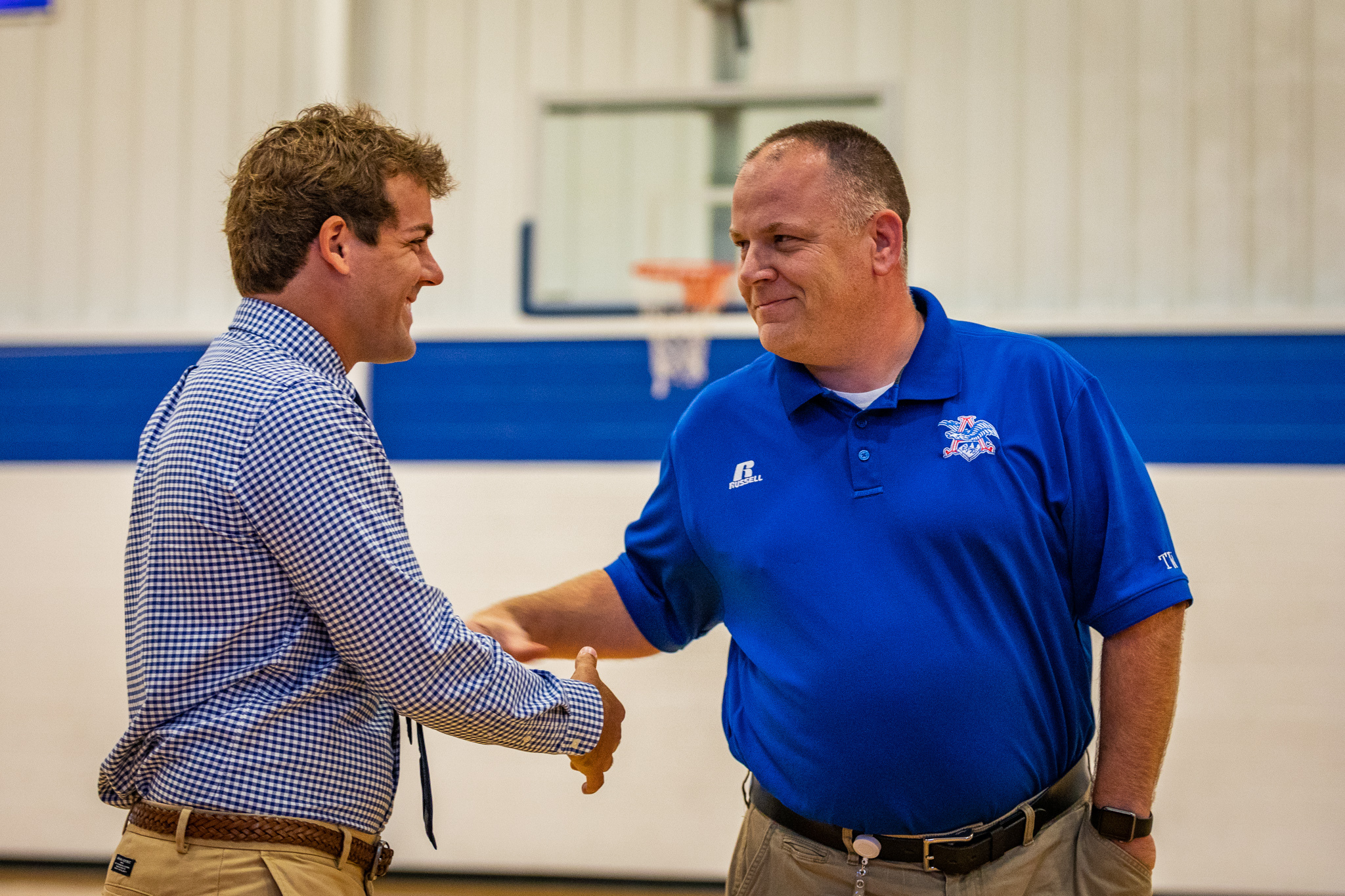 After weeks of anticipation, Mason Head has been named the new head baseball coach at Apollo High School. Athletic Director Dan Crume made the announcement Thursday evening in the Eagles’ gym.

Head is taking over the position after the retirement of Bob Mantooth, who coached the Eagles for 35 years. Head said it won’t be an easy task, but after both playing and coaching under Mantooth, Head plans to carry on much of the tradition.

“I know quite a bit about what Bob stands for and what he built this program around,” Head said. “We have a lot of the same core values. It’s not an overhaul. It’s building on a rock solid foundation — or 10-story mansion at this point.”

There is one thing Head plans to implement, and he put it simply: aggression. He’s a high-energy person, so he wants to bring more of that into his game plan. His philosophy as a coach is based on a quote he heard by San Francisco 49ers Head Coach Jim Harbaugh.

“Attack each day with an intensity unknown to mankind,” Head said. “I’d like to have a lot of that. Every time you step on the field, it’s an opportunity. Make every day count.”

Assistant Coach Tony Mattingly said he expected that Head’s style wouldn’t be quite so conservative, but he welcomes the change. Mattingly served 14 seasons as assistant with Mantooth, so he’s seen the type of person Head is on and off the field.

“He’s going to bring a good mix of enthusiasm and fire,” Mattingly said. “He hates to lose, but at the same time he’s got good character. He’s the perfect person to carry on the character legacy that Coach Mantooth built, and the kids love him.”

Mantooth echoed Mattingly’s thoughts, saying he expects Head to be a good mentor and role model in all aspects of life.

Head won’t be able to go into full baseball mode right away, as he is still serving as the head coach for the girls soccer team, a position he’s held since 2014. He doesn’t know if he’ll continue to coach both sports beyond this season, but that’s something he’ll worry about when the time comes. For now, the focus is on soccer.

Regardless of the sport, Head wants to instill the values he learned from Mantooth into his players. He said every one of Mantooth’s players knew his faith was strong, and never had to worry whether or not their coach cared for them.

“I want to model those types of things — high standards, high expectations, good character, allowing my faith to show in things I’m doing and making sure my guys know I love them,” Head said. “At the end of the day it’s a game. If they leave our program better after we have been a part of their lives, it’s a win.”