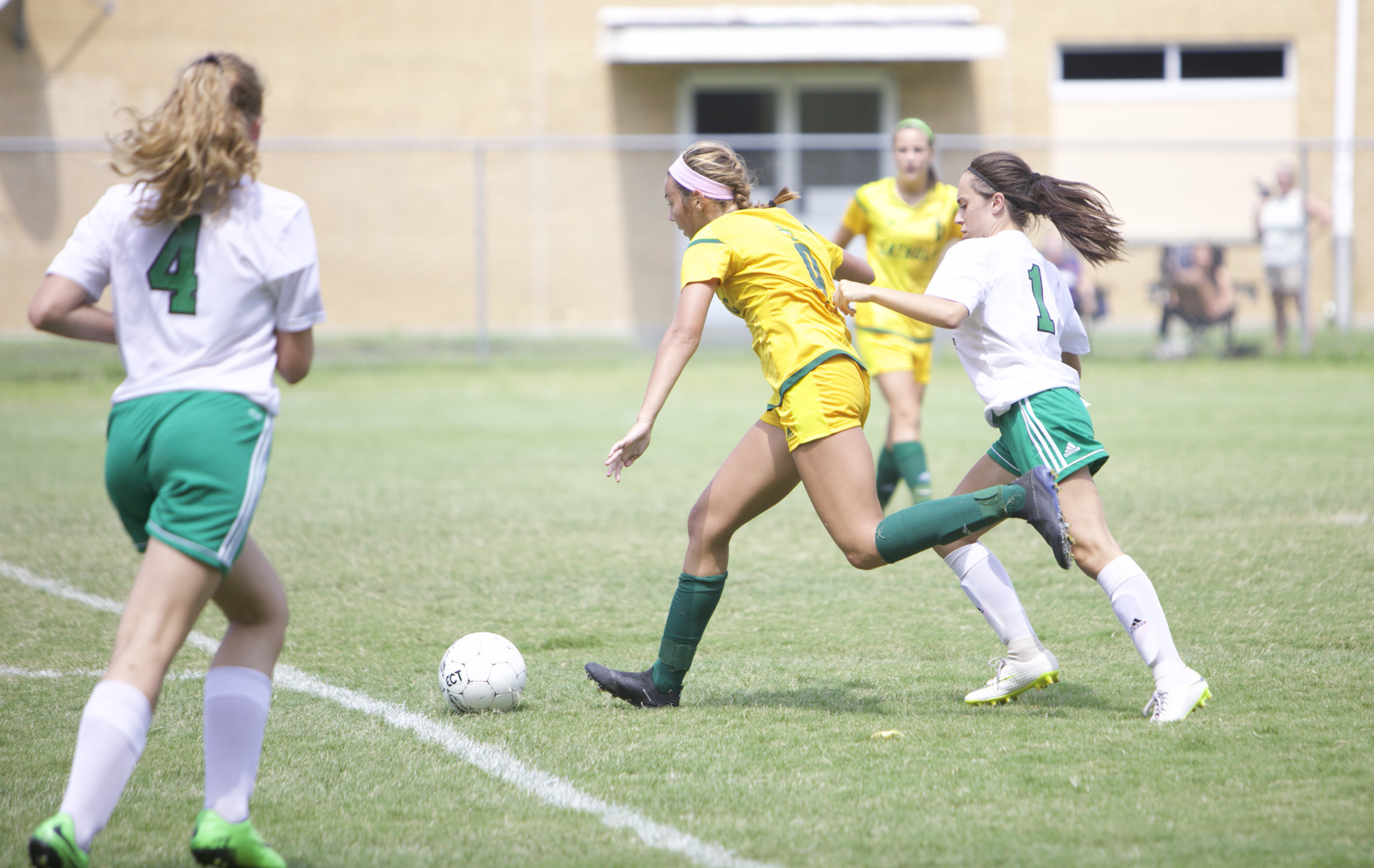 All the local soccer teams were in action Saturday. The Owensboro Catholic and Apollo girls teams, as well as the Owensboro boys, picked up wins.

Girls — Owensboro Catholic 2, Meade County 1
Lily Moore led the Lady Aces (4-1) to a home win Saturday. OCHS got on the board first when Moore took a pass from Gena Jones and beat the defense for a goal 15 minutes into the game. Meade County evened the score with 6 minutes to play in the half.

Moore scored again with another assist from Jones in what turned out to be the winning goal with 19 minutes left in the game.

“I am pleased with how the girls battled today to get the win, especially coming off a huge high after Tuesday night’s game and with the return of the warm weather,” said head coach Kelli Brannock. “Kara Morris, Natalie Goodwin, Gena, and Lily really picked it up in the second half for us.”

The JV team also got a win, 1-0. The Lady Aces return to action at 7 p.m. Tuesday at Owensboro.

Girls — Apollo 10, Breckenridge County 0
The E-Gals used a bevy of players to pick up a big win. After a 9-0 halftime lead, it only took one goal in the second half for Apollo (2-3) to get the home victory.

Shelby Taylor had a hat trick for the E-Gals, who also got goals from Kate Isbell (2), Caitlyn Blandford, Gracie Cart, Alyssa Lawrence, Liza Vinson and Shelby Boone. Taylor and Natalie Smith had two assists, while Cart, Blandford, Boone, Skylar Preston, and Alyssa Law each had one. Zoe Floyd had five saves in goal.

Girls — Madisonville-North Hopkins 7, Owensboro 0
Owensboro (3-20) took a loss on the road. Aubrie Schueler had 10 saves in goal. They will host Owensboro Catholic at 7 p.m. Tuesday.

The Red Devils had 24 shots with 13 on goal. Radley Worth had eight saves in goal.

Boys — Apollo 1, Bowling Green 1
The Eagles (3-2-1) finished in a tie on the road Saturday. Sui Thang scored in the first half for Apollo, but a goal in the second half by Bowling Green tied the game for good.

The Eagles host Grayson County in a 5:30 p.m. Monday matchup.

Boys — Christian County 1, Owensboro Catholic 0
A strong attack came up short for the Aces (1-4) on the road. OCHS finished with 13 shots and eight on goal, but couldn’t convert. Boone McElroy had six saves in goal.

The Aces play at 5:30 p.m. Tuesday against Hart County.