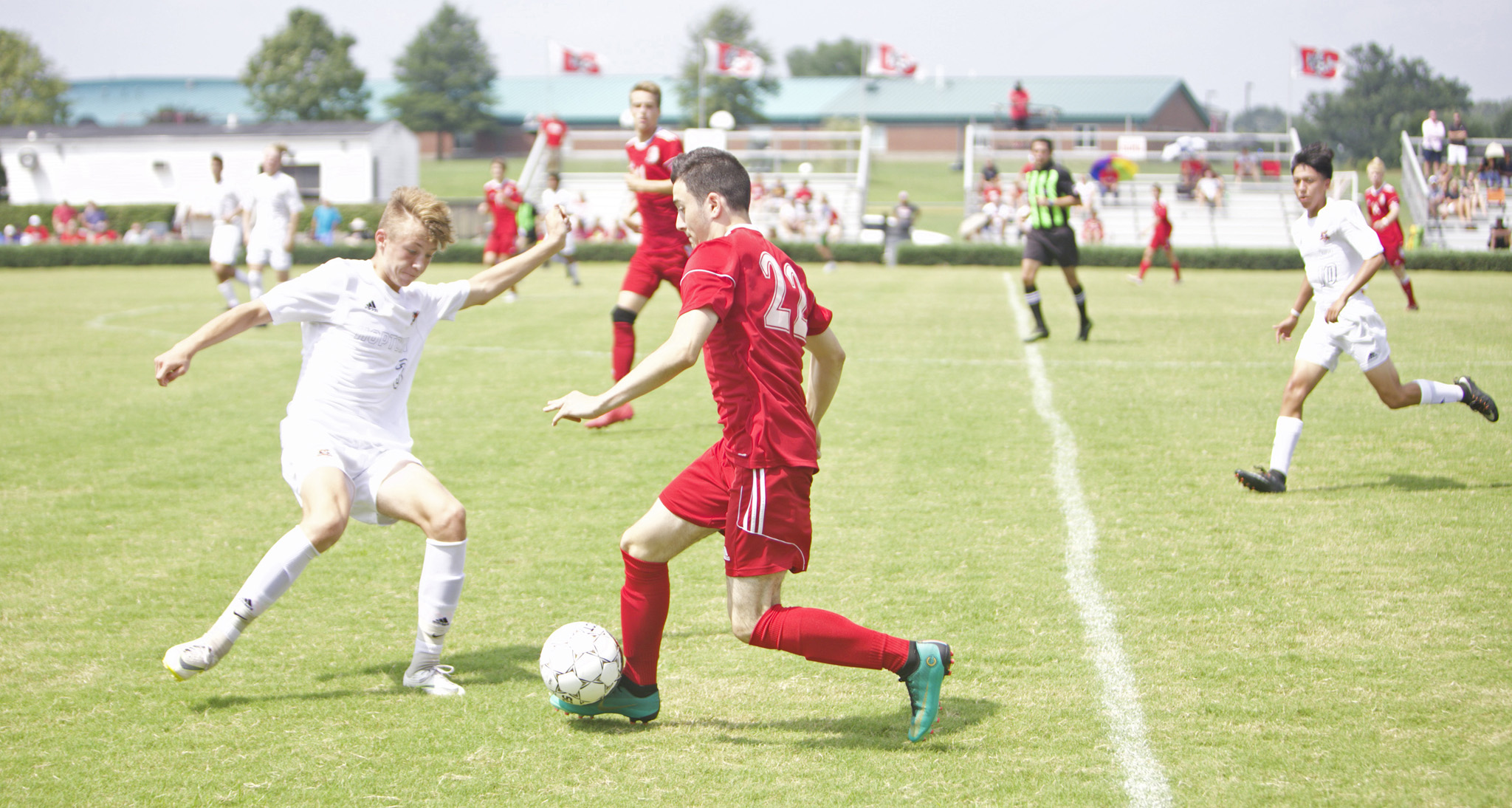 In a tale of two halves, Daviess County came out on top in a 4-2 win over Hopkinsville at Deer Park on Saturday afternoon.

A pair of second-half goals by Brian Winkler, coupled with one each from Jacob Boling and Hunter Clark, helped the Panthers (5-0) remain undefeated.

It was Hopkinsville, though, who drew first blood by scoring two goals in the first half.

“In the first half we were sluggish,” said Panthers head coach Doug Sandifer. “It seemed like we were a step slow to everything, and Hopkinsville took advantage of us. They probably took advantage of the wind, too.”

Aided by strong winds at their backs, the visitors kicked their way to two unanswered goals in a dominant first half performance. The Panthers took no time in mounting a comeback after the break, scoring within the first two minutes of action by way of Winkler’s first goal, which was assisted by midfielder Declan Sandifer.

“The second half, when we got the wind with us and it was a total switch,” the coach said. “We were the team playing with a little bit more effort, and we got enough goals to get out with the win.”

The final three goals happened in quick succession. With 34 minutes to go, Boling found space in the middle of the field and Winkler slotted a crisp pass through the defenders for a straightforward equalizer.

Winkler found the back of the net for a second time 14 minutes later, gaining possession in midfield and weaving his way through traffic to finish with a thumping effort for the go-ahead score. Clark put the game on ice after a beautiful through ball from the foot of Boling created just enough space for Clark to get his steps right and finish in the bottom right corner.

Dealing with injuries and playing in their third game of the week, the Panthers had several younger players find their way into the game. Freshman Tanner Andersen, sophomore Kylen Clater and junior Tyler Mitchell all saw varsity action for the first time this season.

Clater, a goalkeeper, finds himself firmly entrenched in a battle for playing time between the sticks. After last season’s number one choice Michael Haynes suffered an injury this summer, Sandifer said there were major question marks as to who would become the replacement.

Sandifer decided to go with the Clater in goal for the second half after junior Kya Suzer played the same position during the first half.

“Goalkeeping is a competition right now,” Sandifer said. “We’re giving all our guys an opportunity to show us what they have. Fortunately, goalkeeping did a fine job today, and we got the win.”

The Panthers will be back in action at 7 p.m. Monday when they travel to Bowling Green (1-5).

Daviess County 3, Ensworth 3
The Lady Panthers (1-2-1) finished with a 3-3 tie against Ensworth (Nashville, Tenn.) in the Smoky Mountain Cup, played in Gatlinburg, Tenn.

Scoring for Daviess County were Kenlee Newcom, who had two goals, and Chloe Hinchcliffe. Hinchcliffe and Meredith Campbell finished with one assist each. Gracie Kemplin had six saves in goal, while Emma Patterson ad two.

The Lady Panthers will play at home at 7 p.m. Tuesday against Apollo.