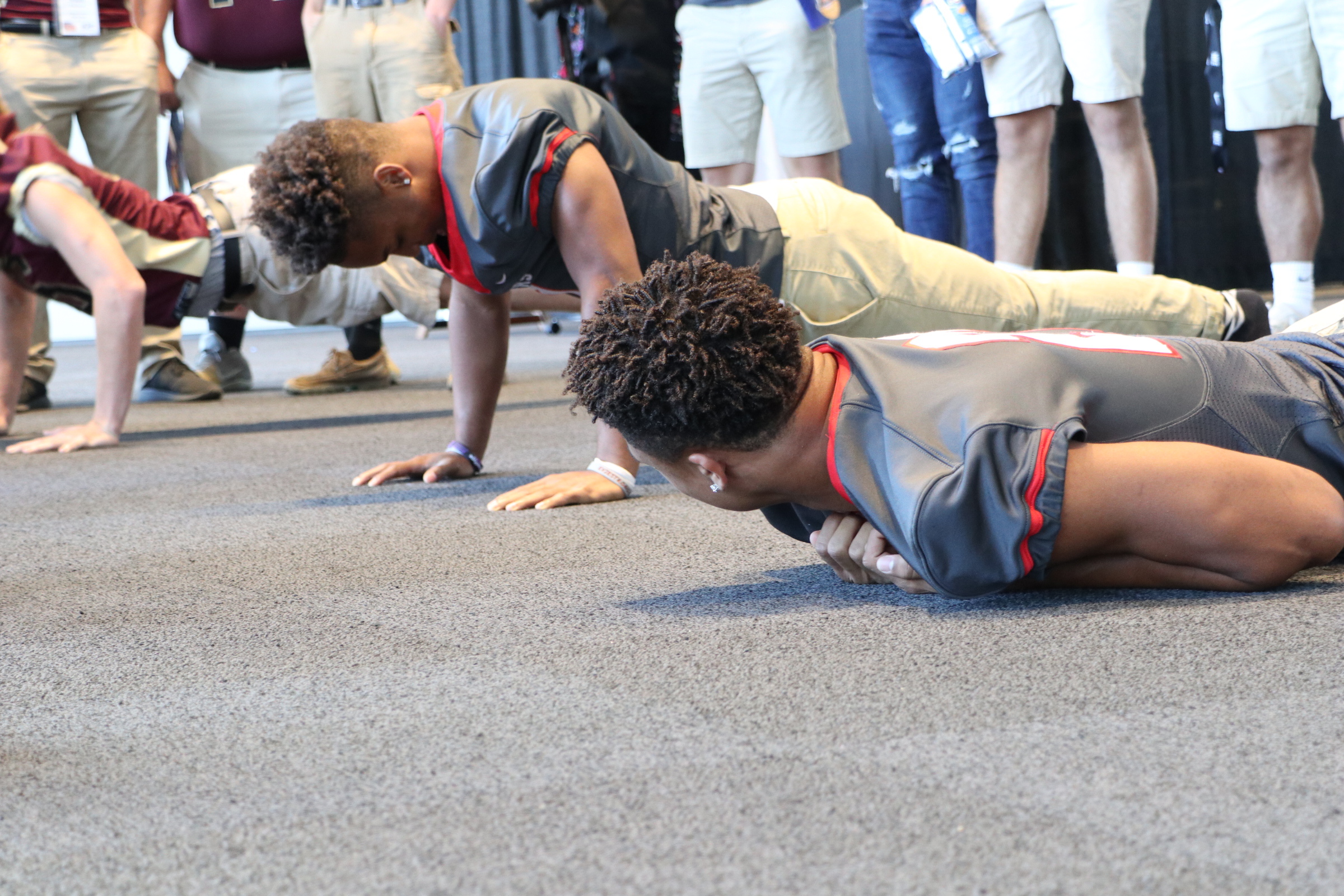 The first ever media day for local football teams started with cordial handshakes and meet and greets, but ended with some friendly competition amongst the schools.

Midway through the afternoon event, a push-up competition broke out, with Daviess County’s Jaquarius Fletcher completing 75 push-ups before tiring out. Fletcher is a senior wide receiver and defensive back for the Panthers this season.

Held in the West Ballroom of the Owensboro Convention Center, media day allowed a handful of players from nearby high schools to talk with local media and visit a small selection of information booths. The biggest hit was the table for the Kentucky National Guard, who brought a pull-up bar to let the players see how long they could hang before their arm strength gave out.

Once they saw how many people were interacting, the National Guard issued a challenge to all the players in the ballroom — let’s see who can do the most push-ups.

Apollo, Daviess County and Owensboro Catholic, along with McLean and Hancock County, had two players per team line up in the middle of the ballroom to see who could last the longest.

The rest of the day was relatively uneventful, though all the coaches and players seemed ready to get the season underway.