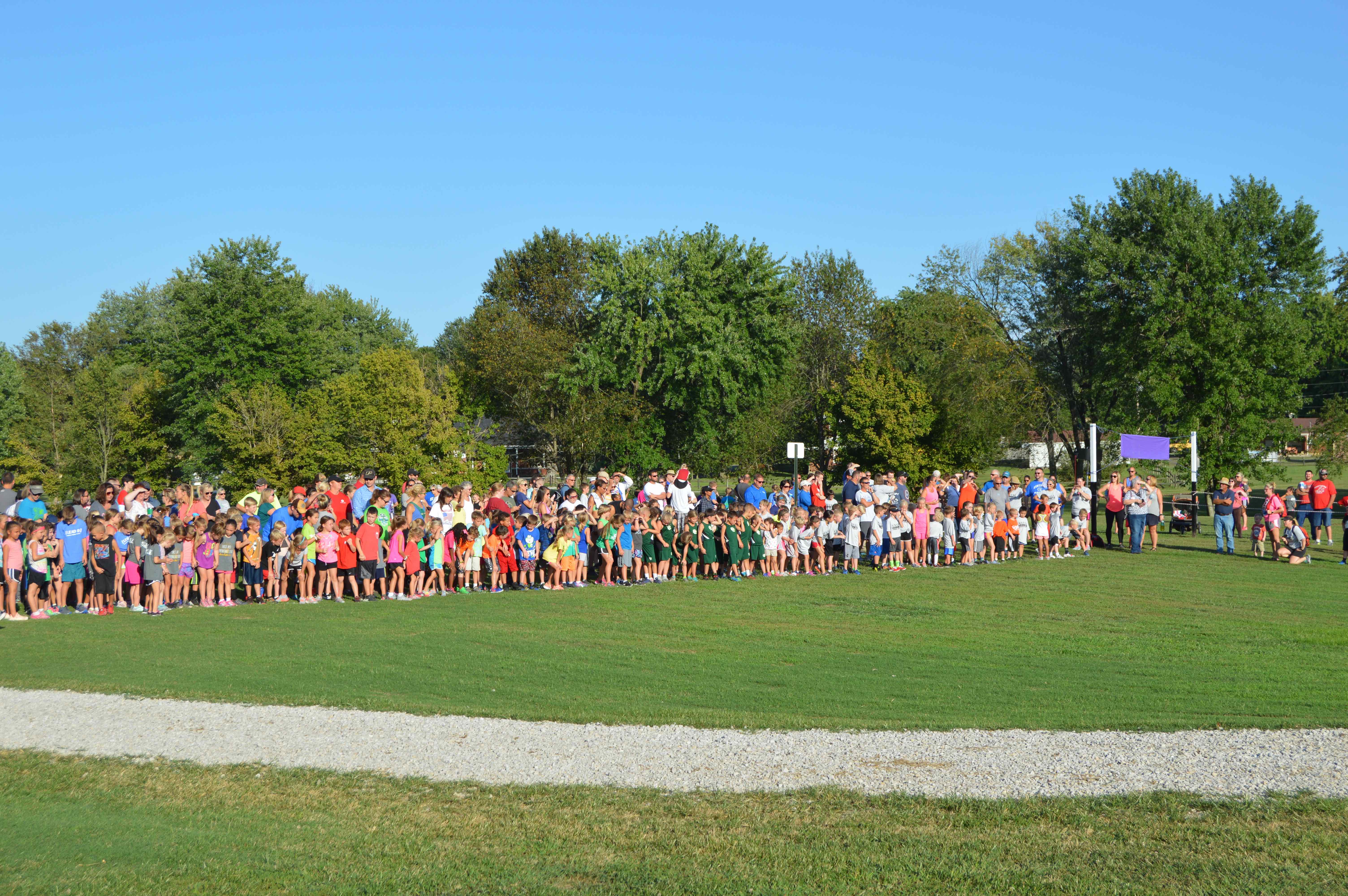 The September racing series at Yellow Creek Park has grown into one of the largest local athletic events for students grades K-5. | Photo by Ashley Sorce

When Tony and Pam Rowe started the East Daviess County Elementary Races, their son Mark was just in kindergarten. Fast forward 30 years and their grandson Sawyer is finishing one of his first races. What started as a way to get students active and engaged in running, led to quite a tradition for local elementary schools. The September racing series at Yellow Creek Park has grown into one of the largest local athletic events for students grades K-5. With the cost of each race just $1, it makes it an affordable way to compete while also raising money for local cross country programs.

Some of the athletes present have been supporting this event for years.

“Bentlei has been participating in the elementary races since kindergarten,” said her mom, Tracy Stallings. “She started running with her big brother, but by the second grade, she was already placing first in several of the races.”

Through this success, Bentlei has developed a love for the sport that has led her to the middle school cross country team.

“Growing up, I wasn’t exposed to cross country,” Murphy said. “I played basketball and baseball. As a running coach, I like seeing kids getting the chance to try this sport at such a young age.”

Athletes from all public, private and homeschools are invited to attend the East Daviess County Elementary Races. For questions or to register your child, email Josh Murphy at [email protected]