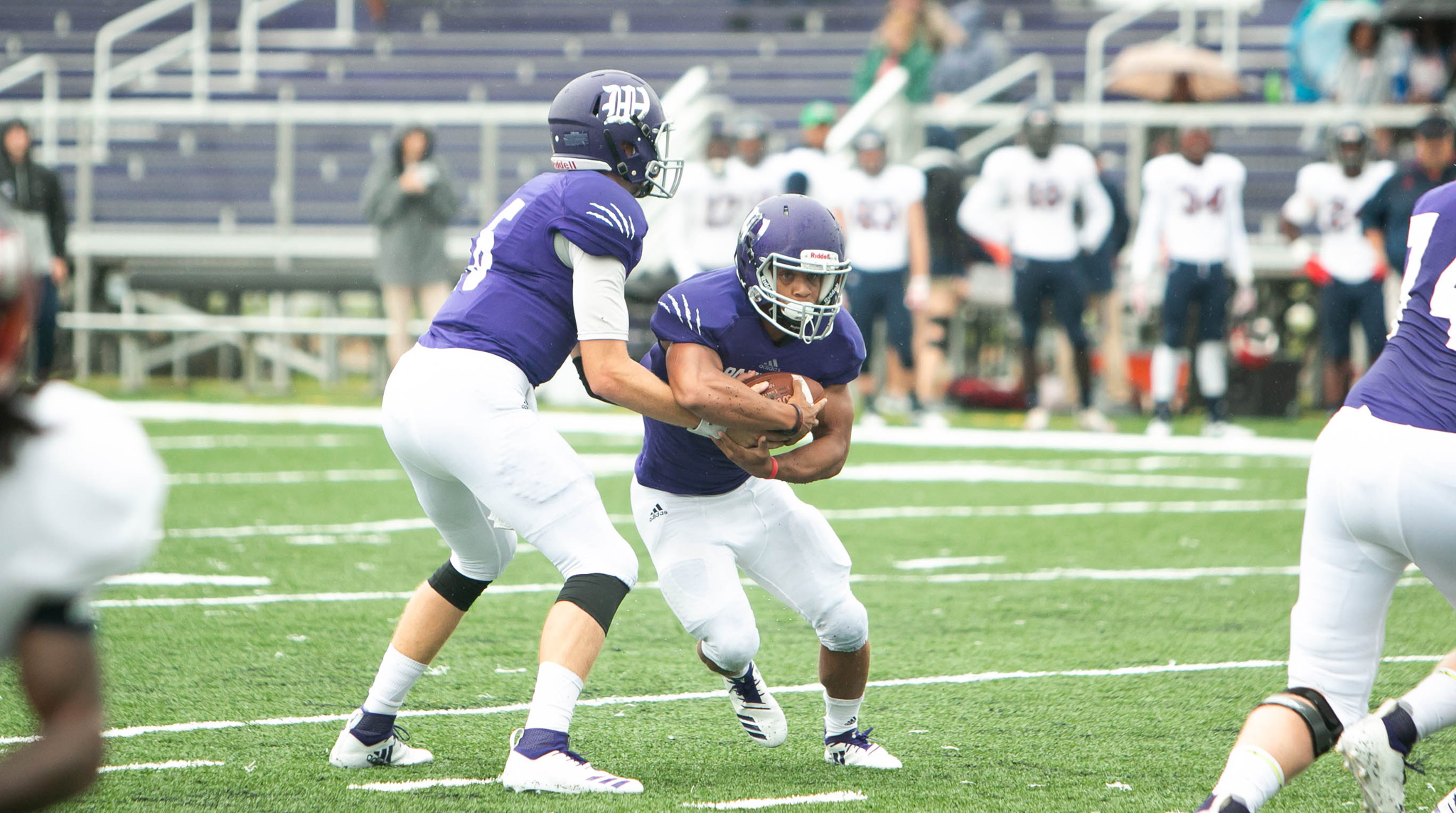 Kentucky Wesleyan edged Malone in a 44-38 shootout to even their record. | Photo by Ryan Richardson

Derek Barnes returned a kickoff 100 yards for the go-ahead touchdown as the Kentucky Wesleyan football team earned a 44-38 win over Malone.

The Panthers (2-2, 1-1 G-MAC) picked up their first conference victory behind 446 yards of offense and three scores each by Barnes and Landan Thomas.

It was Barnes who got the scoring started with a 63-yard reception from Mike McGee, but the Pioneers returned the ensuing kickoff 89 yards for the quick tie. The Panthers went back on top on the next drive with a 51-yard carry by Thomas. Malone again evened the game with a touchdown late in the quarter.

Thomas got his second touchdown of the day with an 18-yard run early in the second, and the Panthers recovered an onside kick to set up another score. The drive stalled, but Chris Logsdon hit a 33-yard field goal for a 24-14 lead.

With 5 minutes to go before the half, a bad snap in the rain lead to a safety for Malone, and they added a touchdown with 90 seconds to go to cut the Panther lead to 24-23 at the half.

Malone came out of the break and took the lead with a touchdown and a 2-point conversion. The Panthers marched downfield and tied the game with a 58-yard run by Thomas.

KWC went back on top late in the quarter when McGee found Barnes for a 67-yard strike. The Pioneers evened the game one last time with a touchdown with 8:25 to play. Barnes put the Panthers on top for good with his kickoff return, but it took a fumble recovery by Ian Francisco inside their own 5-yard line as time was running out to seal the win.

McGee finished 11-for-16 for 213 yards and two touchdowns. Thomas had 226 yards rushing with three scores, while Barnes tallied 142 yards on three catches for two touchdowns.

The Panthers finish a three-game home stand when they host Walsh at 1 p.m. Saturday.