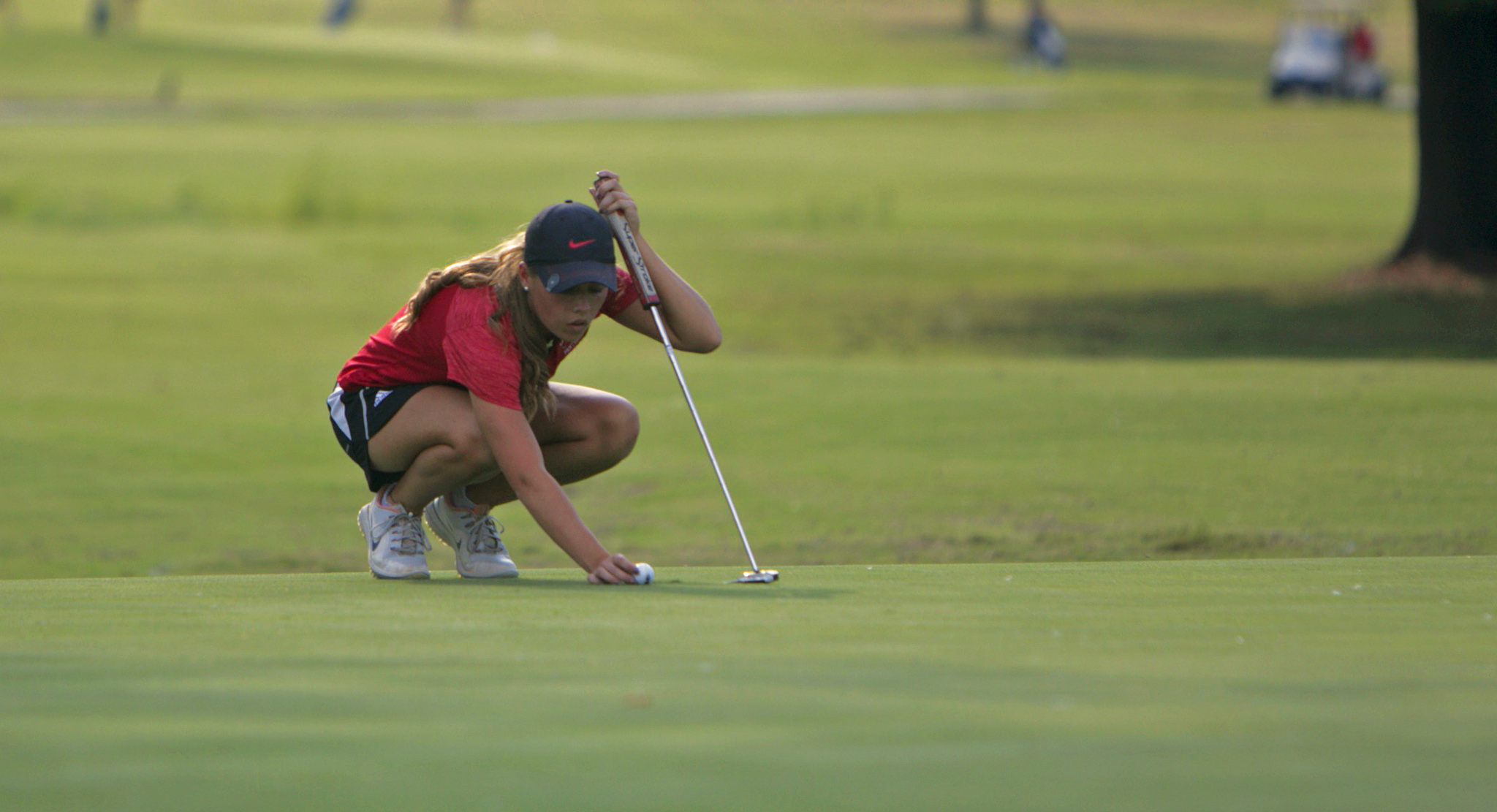 Grace Heady finished the regular season as medalist to lead DCHS to a win. | Photo by Ryan Richardson

Grace Heady finished off the final regular season match of her career as medalist with a 38, leading the Daviess County girls’ golf team to a narrow win Tuesday a Ben Hawes.

The Lady Panthers (176) edged out Madisonville-North Hopkins (178), while Owensboro Catholic was not far behind (185).

DCHS Head coach Rachel Lindow said she was proud of her senior for finishing strong, and Grace’s younger sister Addison also had an impressive outing with a 42.

“Tonight was senior night for Grace,” Lindow said. “I’m glad she was able to do her thing one more time and capture medalist. Addison overall played good, and I would take that score at regionals.”

Other scorers for the Lady Panthers were Holly Holton (46) and Kirsten Henderson (50). Scoring for Owensboro Catholic were Abby Bahnick (39), Emma Payne (43), Maddie Roberts (45) and RC Porter (58).

Lady Aces head coach Stacey Schepers was happy with her team’s results, and said they it capped off a good season.

“I’m extremely proud of my girls,” she said. “They have worked really hard and have overcome a lot as a team. Their hard work and dedication to their game and each other is paying off.”

Schepers said Payne has had multiple personal records in the past couple weeks, Bahnick shot under 40 for the first time Tuesday, and Roberts posted a career low last week when she came in third at city-county.

“I also have two brand new players that literally just started golfing this summer,” Schepers said. “They have already contributed to the team immensely, including helping us come in third at the all “A” state tournament.”

The teams now have less than a week to prepare for the regional tournament, held Monday at Ben Hawes. The two lowest-scoring teams, as well as the four lowest-scoring individuals not on those teams, will advance to the state tournament.

“There are going to be some really good teams playing,” Schepers said. “The competition is going to be tough and scores will be really close. It is going to come down to the wire this year on who will advance to state.”

Lindow agreed the competition will be stiff, and said Tuesday’s match let her know the final adjustments the Lady Panthers need to make in practice this week.

“Tonight’s match showed me what we need to work on,” she said. “I felt like we struggled around the green, and that’s so important. We’ll definitely be working around the greens this week to help us prepare for regionals.”