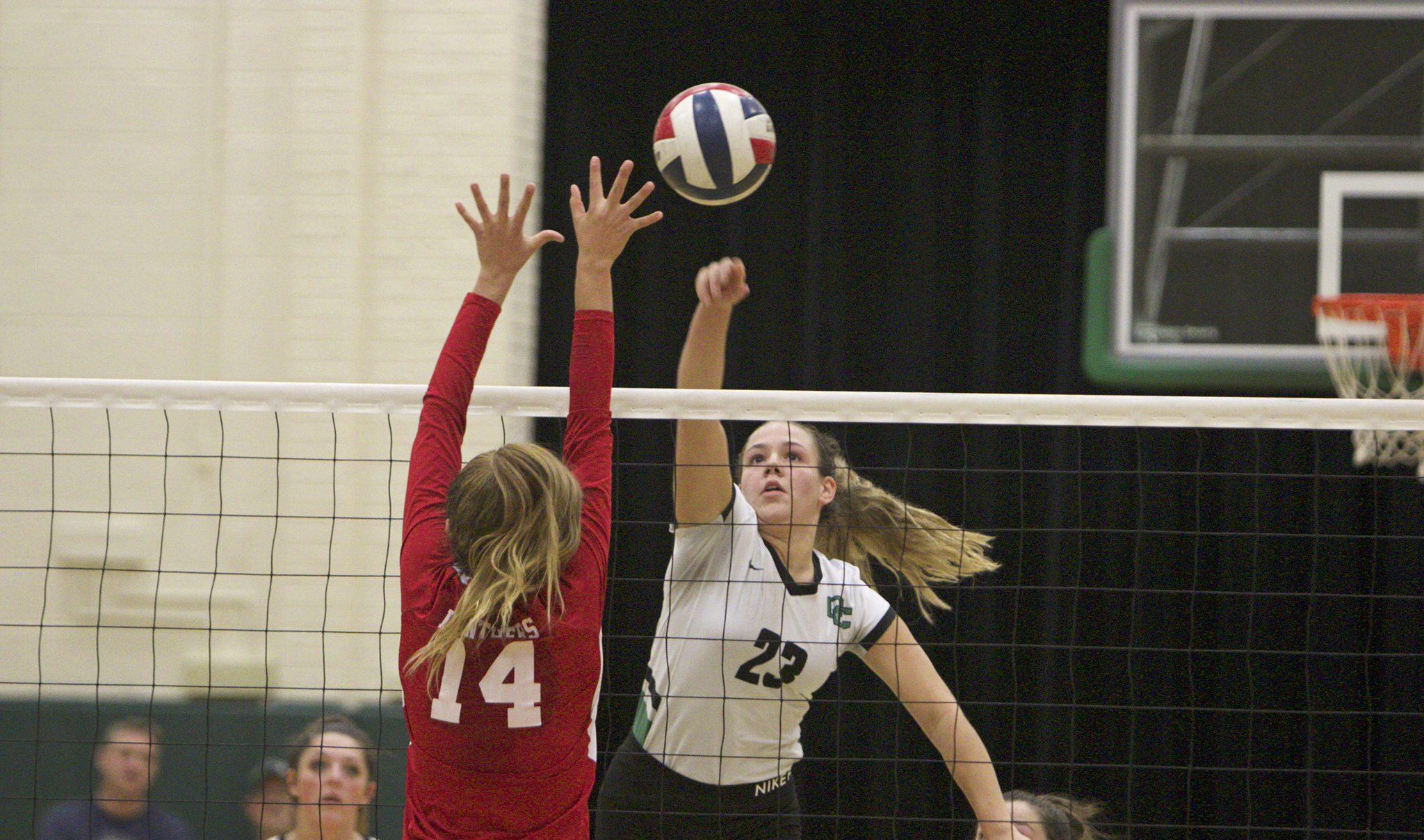 Owensboro Catholic came away with a 3-1 win Tuesday at home over Daviess County. | Photo by Ryan Richardson

“We played with a lot more energy than we have been playing with, and that makes a lot of the difference,” Hardison said. “That’s the kind of energy you’ve got to have. If you don’t have it, the other team does.”

The Lady Aces started the match hot by jumping out to an 11-4 lead, and they were able to maintain control for the remainder of the frame. The second set was more evenly matched, with several lead changes until the teams were tied at 12-12.

On the service game of Amber Payne, OCHS rattled off the next six points to take a commanding lead. DCHS was able to narrow the gap to 20-18 before the Lady Aces closed on a 5-2 run.

After gaining the 2-0 advantage, Hardison and the team said they wanted to close the match out in three, but Daviess County came out fighting to prevent that from happening.

The Lady Panthers went up 2-1 in the set and never looked back, using an early run to create separation. In the final frame, DCHS held a lead as late as 14-13, but the Lady Aces rattled off seven points on the service game of Cassidy Towery. It proved to be enough to close out the set for the match win.

“There were some good things, but it revealed a lot of weaknesses,” she said. “It’s all mental. If we could get out of our heads, we’d be a whole lot better.”

Hardison was happy with the performance by OCHS, and said the entire lineup contributed to the win.

“I give credit to the whole team. It was pretty spread out,” he said. “We have a couple standout hitters, but I want everybody getting the ball. If we get could get more of the bench involved, it would help even more.”

Hardison said the Lady Aces still have room for improvement, but they are moving along as expected.

“We’re doing what we want to do,” he said. “We’re progressing. We’ve got to get in a groove as far as passing. We’ll pass really well, and then we’ll slack off. I think we can run a little faster offense, and we’re going to have the opportunity to do so.”

The next opportunity comes today when they travel to Henderson County, and they’ll play again when they return home Thursday to host Breckinridge County for senior night.

The Lady Panthers until Tuesday, then they host Apollo for the final district match of the season.