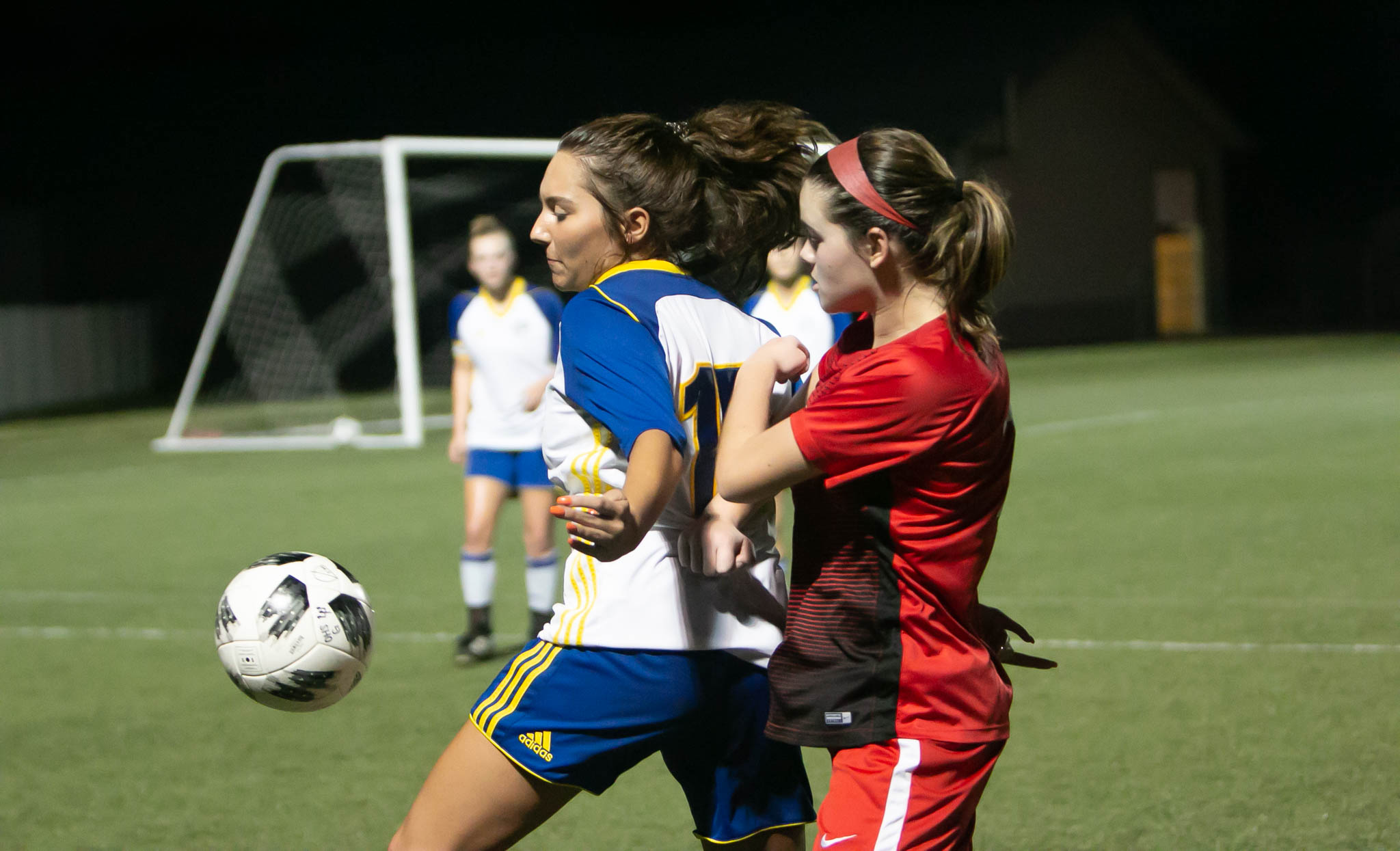 Owensboro ended with a 0-0 tie against Evansville Christian School in a home game Monday. | Photo by Ryan Richardson

The Owensboro girls soccer team couldn’t capitalize on a handful of opportunities Monday and ended with 0-0 tie against Evansville Christian School at home.

The Lady Devils (5-7-1) maintained possession for the greater part of the contest, but a pair of players for Evansville Christian made things difficult. OHS head coach Casey Cundiff said that was enough to keep his players from getting on the scoreboard.

“Evansville Christian has a really good goalkeeper and an exceptional center back,” he said. “She was all over the place in the back, and we couldn’t get around her. We were taking long shots because she was forcing us in bad positions, and when you do that on a good keeper, you’re not going to score.”

Though they couldn’t find the net, Cundiff said there were some good things to take away.

“We possessed well and we defended well,” he said. “We hustle. We don’t quit. Every coach would be happy about that.”

Cundiff is concerned about the ability to get goals, though. It’s the seventh time this season the Lady Devils have been shut out, and they’ve failed to score in each of their last four losses.

“We need somebody to step up and score goals,” he said. “I don’t care who it is or how they do it, but somebody’s got to start scoring.”

Owensboro has two more games this week, and five more on the season. They return to action Thursday when they host Grayson County, and they’ll travel to Elizabethtown to close out the week Saturday.