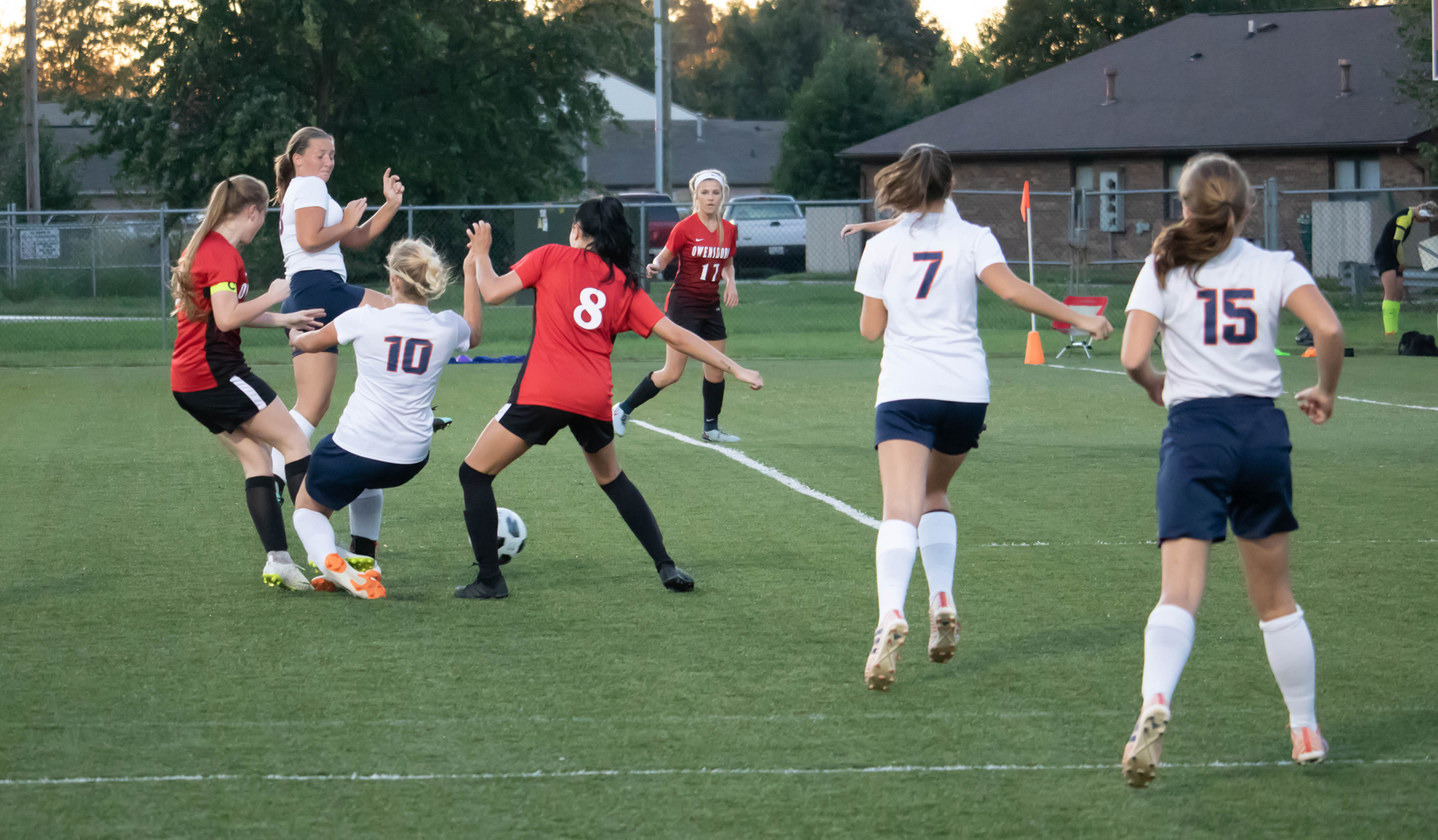 Owensboro picked up a win behind three goals from Alexis Westerfield (8). | Photo by Marc Ray

Both Owensboro soccer teams picked up wins at home Tuesday at Shifley Park.

The Lady Devils (6-7-1) got a win after finishing two games without a goal. Alexis Westerfield scored all three goals for Owensboro. Assists came from Macey Cundiff, Ella Bratcher and Abby Beck. Aubrie Schueler had 2 saves.

The Lady Devils travel to Elizabethtown for an 11:30 a.m. match, and they then wrap up the season with three games next week.

Owensboro got on the board early in the first half with a pass from Austin Sovar to Paxton Jenkins. Head scored 15 minutes later, and Jenkins connected with Sovar for a goal four minutes before the half.

Jenkins got two more assists by setting up Andrew Saltsman and then Head with 12 minutes to play. Reis Dickinson scored the final goal 3 minutes later off a pass from Zane West.

Bryson Wilkerson had five saves in the shutout. OHS wraps up the season on the road at 7:30 p.m. Tuesday at Greenwood.