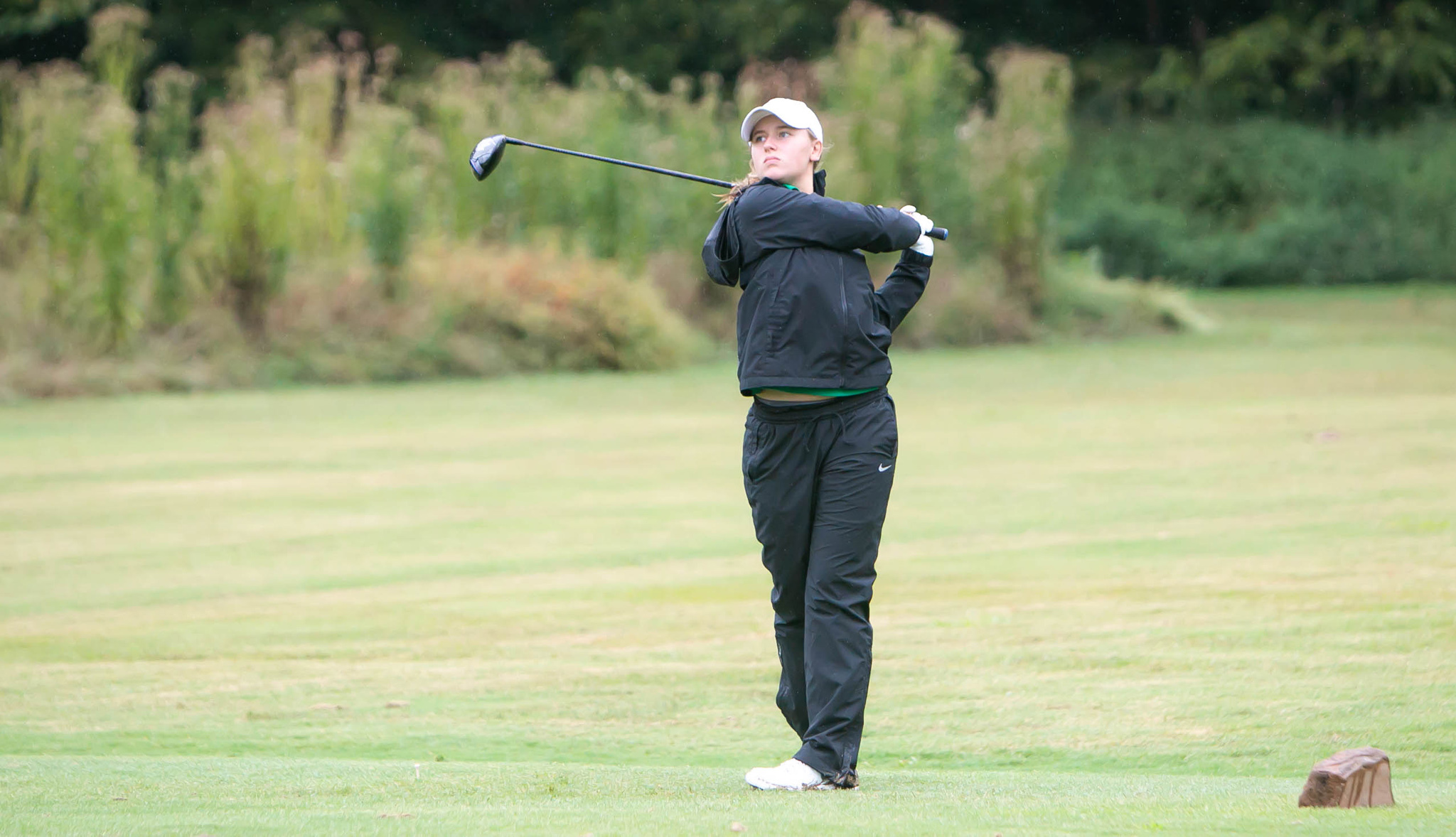 Emma Payne was the medalist on a rainy afternoon at the Apollo Invitational. | Photo by Ryan Richardson

Owensboro Catholic’s Emma Payne posted the low round on a rainy Saturday afternoon at the Apollo Invitational, while Daviess County came away with the team trophy.

Grace Heady took second place with an 84, leading the Lady Panthers to the top spot with a team score of 370. Other scorers for the Lady Panthers were Addison Heady (89), Holly Holton (95) and Kirsten Henderson (102). DCHS narrowly edged out Madisonville-North Hopkins (373) and Ohio County (388).

Owensboro Catholic took fifth place with a team score of 405. In addition to Payne and Bahnick, the Lady Aces got scoring from Maddi Roberts (92) and Conleigh Osbourne (146).

Owensboro had two golfers compete as individuals. Savannah Gatton shot 89, while Angel Howson finished with a 115.

All teams will now compete in the regional tournament Monday at Ben Hawes, with tee times as early as 8 a.m. The top two teams, along with the four best individualists not on those teams, will advance to the state tournament.