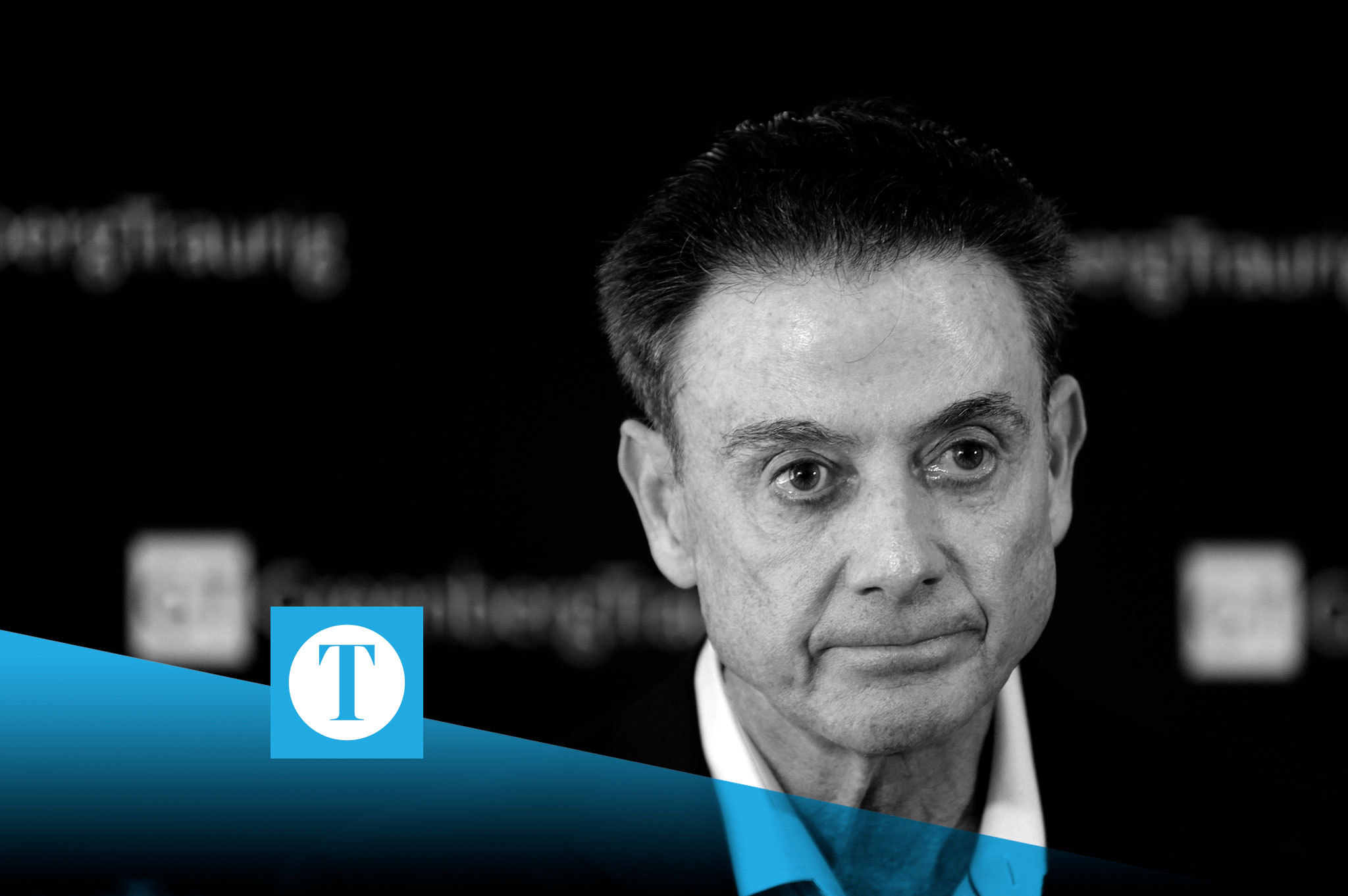 Pitino, whose notable coaching tenure also includes Boston University, Providence College, the University of Kentucky, the New York Knicks, the Boston Celtics and the Puerto Rico National Team, was discussing his latest book release. “Pitino: My Story,” is a memoir that presents highlights of the coach’s career and the controversy that surrounded its end.

While Pitino is not from Owensboro, he certainly has ties to the area. The Daniel Pitino Shelter that stands on the corner of 5th and Walnut Sts. is named after Pitino’s fourth son Daniel who died of a congenital heart condition as an infant.

The Pitino Shelter was also the vision of Father Ed Bradley. Fr. Bradley not only founded the Pitino Shelter, but also served as the chaplain for the Kentucky Wildcats and the Louisville Cardinals, with Pitino as head coach, and has become a trusted confidant and family friend to Pitino.

When Fr. Bradley heard the announcement that Pitino would not be returning to the court, he voiced feelings of disappointment.

“It’s too bad that he won’t be coaching — there are so many young people that could benefit from his coaching and his example,” Bradley said. “He’s so much more than a coach — he’s a father figure to them.”

Given the way Pitino’s career came to an end, Fr. Bradley was poised with the question of whether or not Pitino would be able to maintain the image of a positive role model and father figure.

“I know Rick really well,” Bradley said. “He felt so betrayed by Andre McGee. Rick loved that kid, and Andre had such admiration for Rick. He wanted Rick’s affirmation so badly.”

Fr. Bradley was referring to the allegations that Pitino was aware that Andre McGee had hired prostitutes to entice recruits to play at the University of Louisville.

“Rick was hurt by that,” Bradley said.

Bradley said that he could recall several instances when he and Pitino were out together that Pitino would show up at Minardi Hall unannounced to check on his players.

“He kept such a close watch on them. He couldn’t believe that happened,” Bradley said.

Fr. Bradley also defended Pitino when it came to the issue of the amount of money Pitino received from Adidas corporation. ESPN reported on Oct. 2017 that, “Louisville coach Rick Pitino received 98 percent of the cash that Louisville took in from Adidas in the school’s previous deal with the shoe company.”

“He told me that Adidas gave the parents a lot of money. He didn’t know that was part of the deal. He was shocked that the shoe company had that much power,” Bradley said.

Regardless of where Pitino’s involvement with either controversy lies, the fact remains, that his coaching career appears to be over and he will no longer be on the court to shape young players like Delk, Sheppard or McCarty.

“He’s the best coach I’ve played for. He was really good at motivating you and kicking you in the butt, but he was also good at picking you back up.” McCarty said.

Home » Sports » Pitino will not return to coaching; Fr. Bradley opens up about controversy