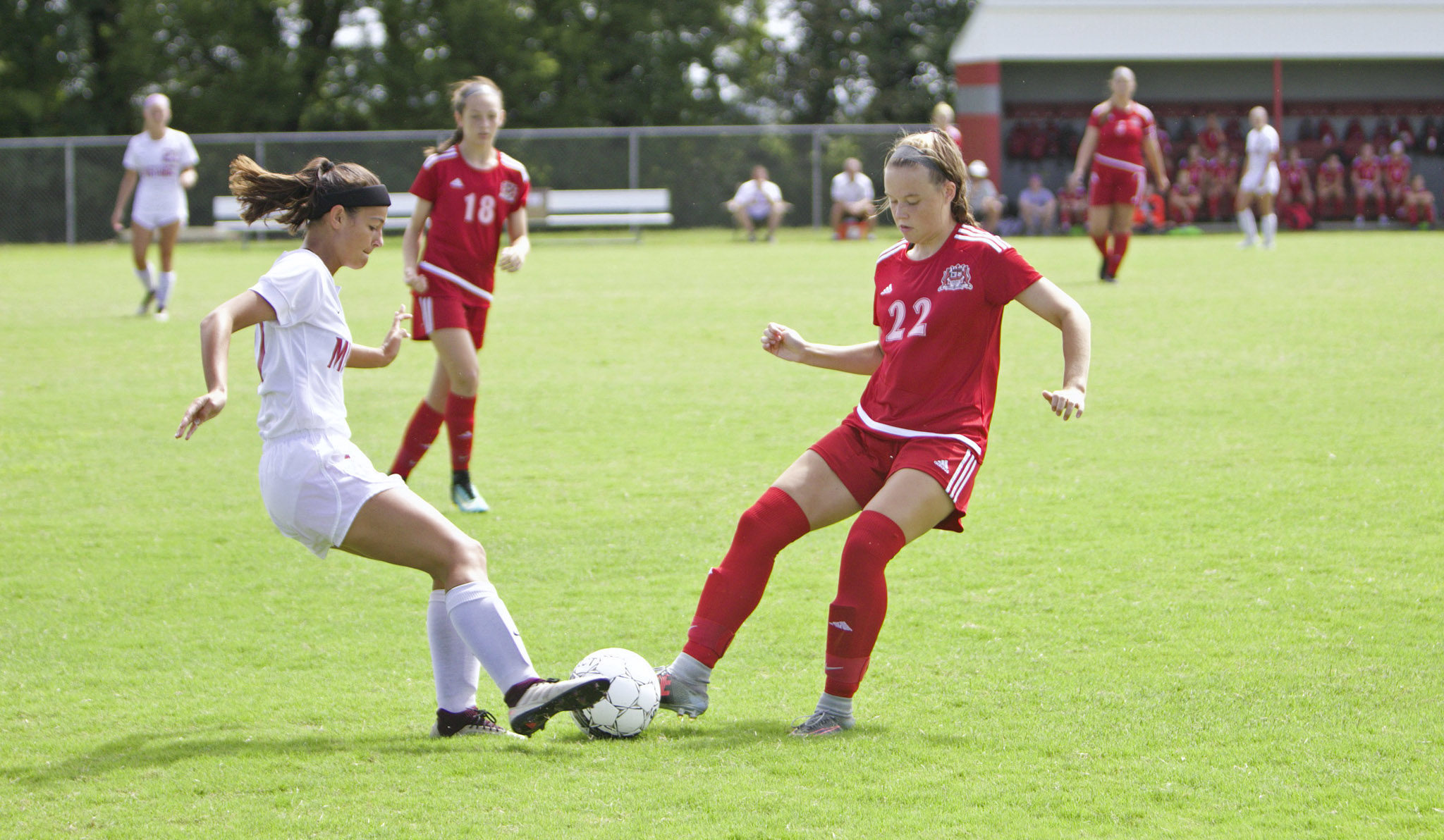 The Lady Panthers (3-3-1, 2-1 District 9) held a 4-1 halftime lead, but a couple players said it was a midgame adjustment that really got the team rolling.

Goalkeeper Gracie Kemplin said it wasn’t anything physical — they girls just needed to get in the right state of mind.

“I think we were a little rusty because it was hot,” she said. “At halftime it really clicked. Our attitude definitely changed. We gave our team a lot of opportunities to score.”

Even so, it only took 3 minutes to get the first goal on the board when Bobbi Sandifer found Ashlyn Payton for a score. The Lady Mustangs finally evened the score after 10 minutes of pressure, but from there it was all about the Lady Panthers.

Emma Winstead scored off an assist from Meredith Campbell midway through the half, and Chloe Hinchcliffe twice assisted on a pair of goals for Kayla Vanover before halftime.

Sandifer said despite the lead, DCHS could have done better, and it took some substitutions before they realized it.

“Our bench came in working harder than our starters,” she said. “It clicked to the starters that we needed to push ourselves harder to win. In the second half, we started moving a lot more and started connecting a lot more. We weren’t as selfish. If somebody had a better opportunity, it was given to them.”

Kenlee Newcom was the first to score in the second half, with an assist from Campbell only 5 minutes in. The Lady Panthers then put three balls into the net in a span of less than 3 minutes.

Campbell scored once off a rebound that bounced off the crossbar, then again off a through ball from Payton. Hinchcliffe added another assist by setting up Hanna Hurt for an 8-1 lead with about 18 minutes to play.

Lainey Armistead added a pair of goals with assists from Harlee Rone and Hinchcliffe. The game ended via mercy rule when Avery McNeily converted on a penalty kick.

Head coach David Sandifer said he was pleased with the performance, and was glad to get production from so many different players.

“The girls played really well today,” he said. “Our movement today was excellent. We had some kids score that don’t normally score because when they were moving, people were finding them with the ball.”

Daviess County will now turn their attention to a 7 p.m. Tuesday meeting at home against Owensboro (3-3, 1-2 District 9).