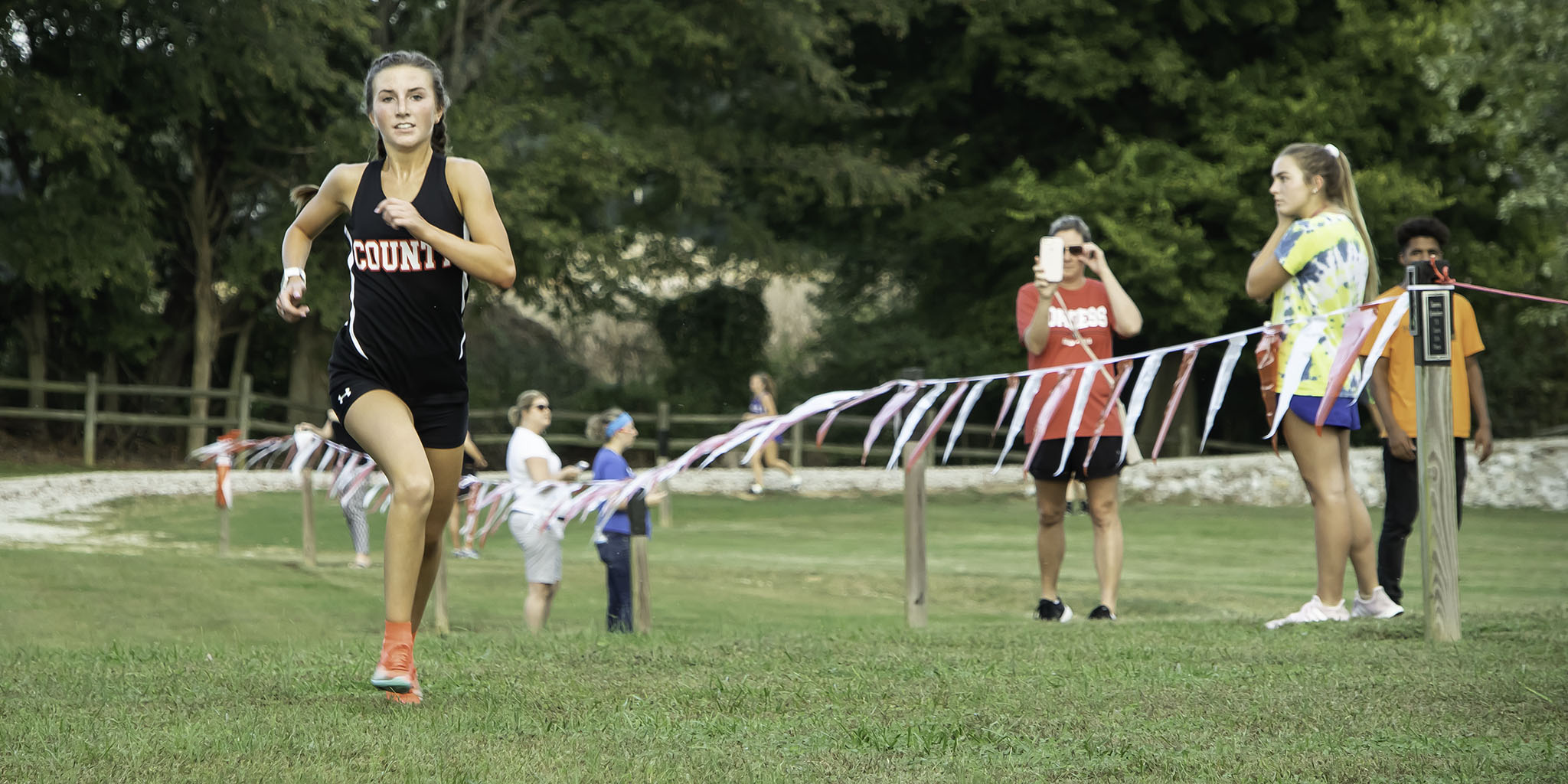 The Daviess County cross country teams came away with a sweep of the city-county meet Tuesday at Yellow Creek Park as the schools prepare for the regional competition later this month. Karlee Hoffman led the Lady Panthers to their win, while Austin Stalling of Owensboro Catholic took the top spot in the boys’ race.

DCHS head coach Mark Fortney was happy with how both his teams competed, especially in the hot weather and humidity, which he said can really affect a runner’s performance.

“It’s Oct. 2 and 88 degrees, and we’re still having 70 percent humidity,” he said. “If the kids don’t take care of themselves beforehand, they really get dehydrated quickly — they get zapped.”

Hoffman (19:28.21) said she was trying to save her legs for Saturday’s Fast Cats Classic, where she is hoping to run close to her personal best of 18:30. The entire team has been resting up for both city-county and the Fast Cats race Saturday, as Fortney said they’ve been off for 10 days.

Despite finishing first, Fortney said the Lady Panthers still have room for improvement.

“We are still working on our two through seven,” he said. “We still have to move them up closer to Karlee. If we can get everyone around that 20-minute range, that’s what we are looking for.”

In the boy’s race, Stallings (16:20.92) took home the individual win, but it wasn’t enough to get his team first place, as Daviess County edged the Aces by five points.

Aces head coach Scott Lowe said Stallings is very confident in his training and is preparing to be a top contender at the state meet next month.

“He has more confidence,” Lowe said. “He has run for me for more than four years, and I said ‘if you could get your confidence and realize what you can do, you’re going to do amazing things.’ ”

“He moved from 14th to seventh with 2K to go,” he said. “He was a big difference in us winning today. Brady moving up in the second spot was a help too.”

Fortney said the boys team has progressed nicely throughout the season and is starting to turn in good times as they approach regionals.

Many of the area teams will now prepare for the Fast Cats Classic — a race for college, high school and middle school runners— which takes place Saturday at Yellow Creek Park.