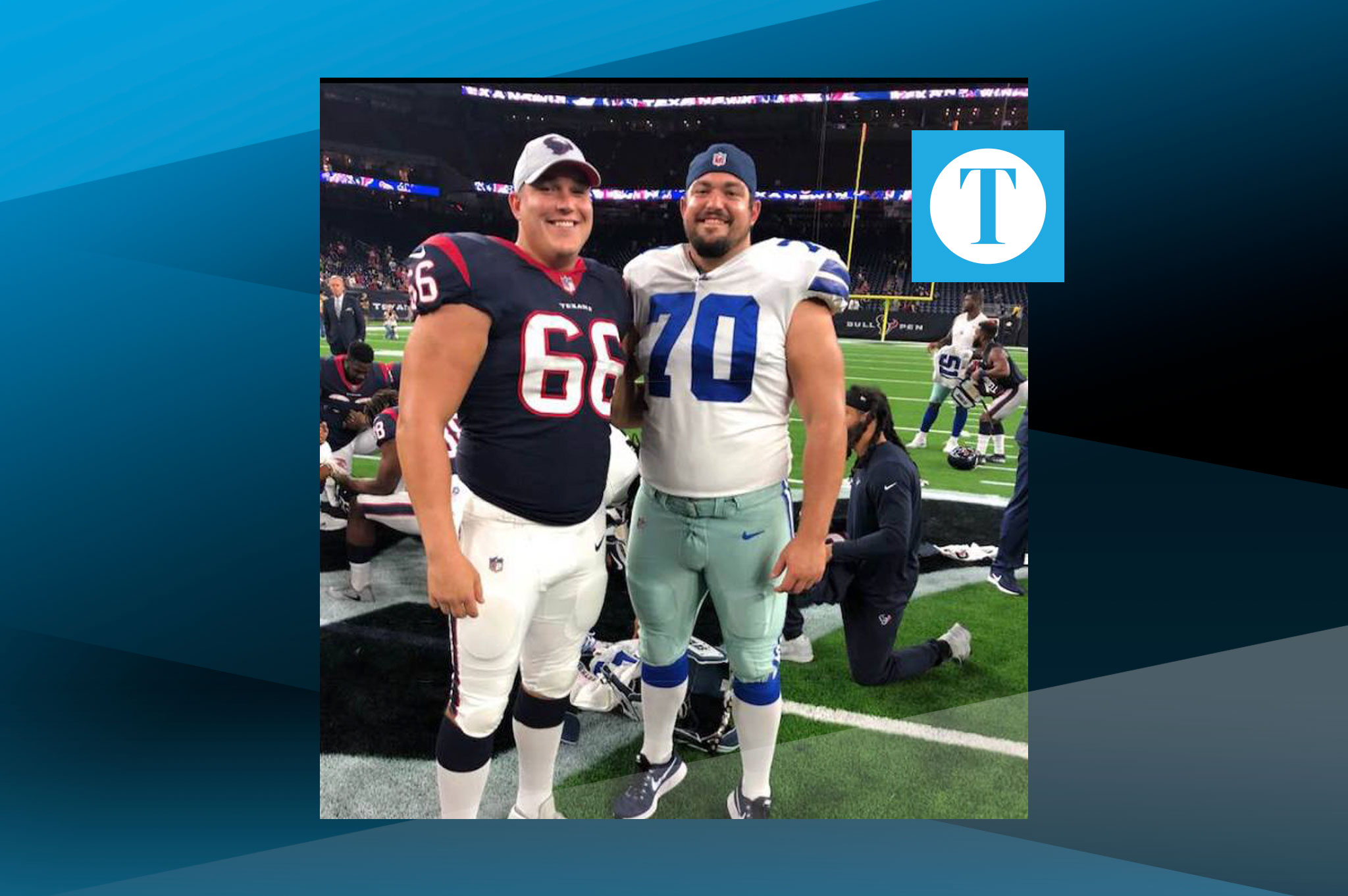 Just under three years apart in age, Zack and Nick Martin have played football together for the majority of their lives. They both played for the same middle school and high school and played together at Notre Dame. As adults, they’ve both earned the opportunity to play in the NFL in the state of Texas. But, aside from the preseason, the two have never played each other. That will all change this weekend as the Houston Texans host the Dallas Cowboys Sunday night.

Football seems to run in the Martin’s blood. The boys’ father, Keith Martin, and both of their uncles, played football at Owensboro Catholic High School. Keith went on to play defensive line at the University of Kentucky, where he met his wife Pam who was a student trainer (for football).

Pam was selected to participate in a YouTube campaign in 2016 for the National Football Foundation entitled, “I’m a Football Mom.”

“Football’s been wonderful for our family,” Pam Martin said. “It’s been a way to bring us together. It’s part of who we are, I guess.”

The second of three boys, all of whom played college ball, Zack Martin was drafted sixteenth by the Dallas Cowboys in the 2014 NFL draft as an offensive guard.

He was selected for the Pro Bowl all four years and, this past June, signed a contract for six years, worth $84 million, with a $20 million signing bonus. This contract not only secured Zack’s position in Dallas, it made him the highest paid guard in the NFL.

Younger brother Nick Martin was selected fiftieth overall by the Houston Texans in the 2016 draft to play center. Their oldest brother, Josh, played Division II ball in Indianapolis as a defensive end, like his father.

With three successful sons, two of them playing in the NFL, you would think the Martin’s would have a lot of bragging rights, yet that is not the case at all.

“We try to just downplay it. We know that it could be a short window,” Keith Martin said. “Nothing is guaranteed in this sport as far as a career goes.”

Keith said you will not catch either of the boys bragging very often about their latest accomplishments on the field either.

“They’re lineman. They will tell you that lineman will fine each other if they get too much recognition,” Keith Martin said. “They have fun at what they’re doing. They like being part of the team and they’re getting better at what they do.”

Zack and Nick Martin may not have been born in Owensboro, but their Owensboro roots run deep. The boys’ late grandfather, former Owensboro Fire Department Captain Randall Martin helped the boys create fond memories, many of them out on the family’s farm in Knottsville.

“They loved his Owensboro accent,” Keith Martin said. “They would keep his voice messages on their phones to share with their friends.”

Known for his life of service to the community, Randall Martin died in 2017. Although his health never allowed him to attend any of the boys’ college games, he watched every one of them on television and was able to watch some of Zack’s nationally televised NFL games.

The boys’ aunts and uncles are all still in Owensboro and remain some of their biggest fans. Bruce and Sally Martin have followed the boys throughout their college and professional careers.

“We have been to Dallas and stayed at Zack’s house,” Sally Martin said. “It’s fun because, with us, it’s just family.”

Bruce and Sally are taking all three of their boys to Houston this weekend to watch the Cowboys vs. Texans game, but this time they will stay with Nick.

While in Sally’s mind it seems like just yesterday all of the cousins were just boys themselves, one of her favorite things to watch has been the way children respond around Zack and Nick.

“It’s always nice to see them because they’re good guys and people admire them,” Sally Martin said. “And they don’t let it go to their head.”

Even though Zack and Nick can no longer visit at Christmas and Easter due to their football schedules, they still try to come back to Owensboro once a year during the summer.

“They appreciate Owensboro and the people here. Owensboro holds a special place in their heart too,” Sally Martin said. “They have enough friends and family here that Owensboro is a part of them.”

Home » Sports » Martin bros. on opposite sides of the field for the first time