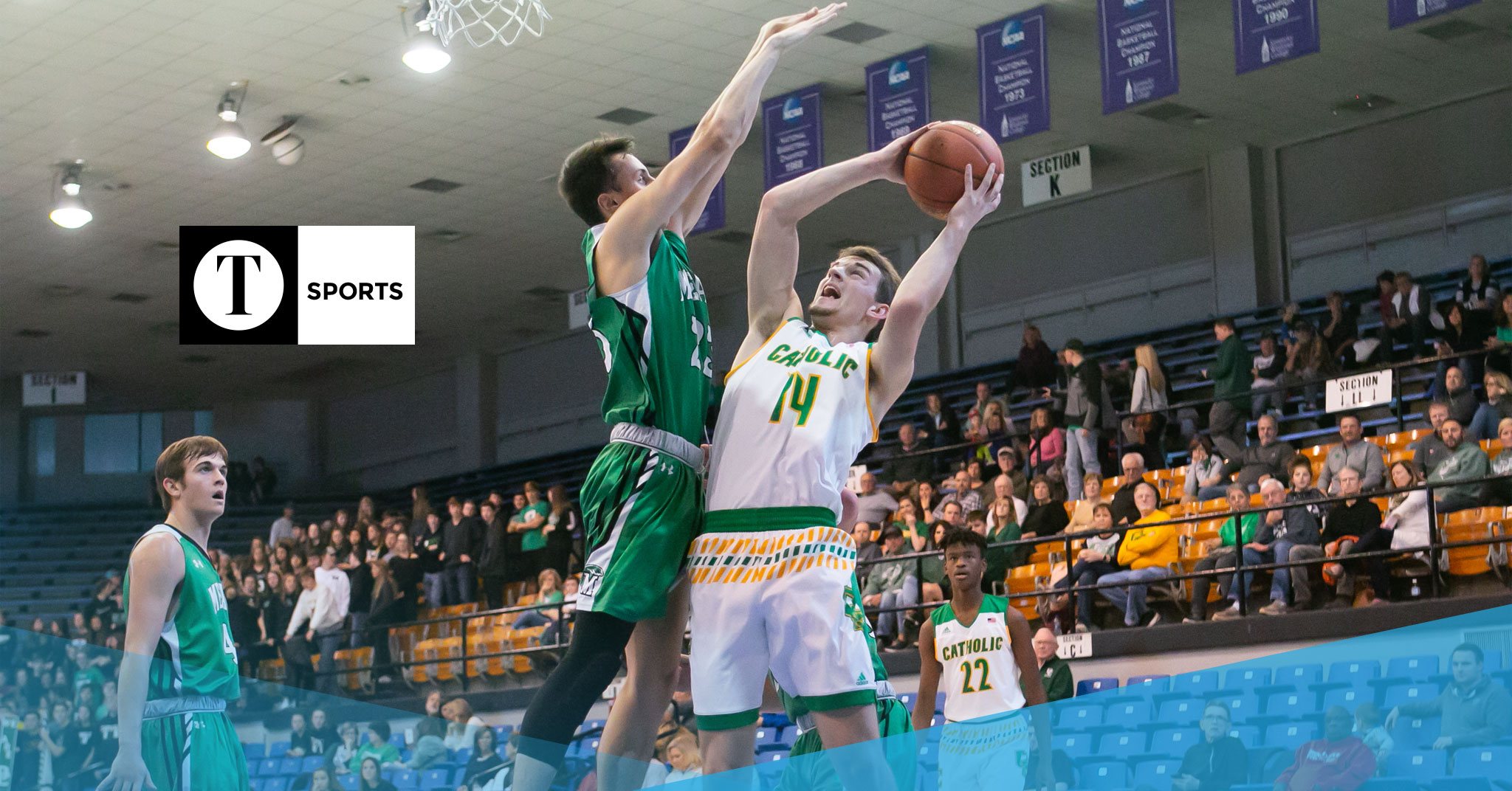 John Parker goes up for a shot in Owensboro Catholic's home win Friday against Meade County. | Photo by Ryan Richardson

The Owensboro Catholic boys’ basketball team followed up a historic season-opening win with another blowout victory — this one an 81-41 home decision Friday night over Meade County.

John Parker, playing his second game for the Aces after transferring from Ohio County in the offseason, scored 25 points in just three quarters to help Catholic (2-0) pull away by halftime.

Back-to-back 3-pointers from Peyton Survant were part of a 13-4 opening run, and the Aces’ defense allowed them to continue to build on the lead the rest of the way.

“We turned them over a bunch and got some easy baskets,” said Catholic head coach Tim Riley. “The kids played really hard. It was their first home game and they were excited for that. It was a nice outing for us.”

Meade County (0-2) had trouble handling the full court-press and active defense all night, and the Aces were able to convert turnovers into fast breaks layups. A flurry of transition points late in the second quarter came during a 10-0 run that allowed OCHS to double their lead.

After hitting three free throws in the first quarter, Parker scored 12 points in the second — including a 3-pointer, drives to the rim and a couple of putbacks.

“He’s a really good basketball player, but he still can do a whole lot more,” Riley said. “He’s going to be a really good player for us.”

The defense continued its dominance in the second half, and Riley said it’s a game plan the Aces hope to use as much as possible.

Catholic opened their season with a 103-36 win Tuesday, setting five school records. It was the most points scored, largest win margin, most field goals made (42) and most team assists (23), while Andrew Riney had nine steals.

In Tuesday’s game, 13 players scored, with six finishing in double figures. Riley said one of the strengths for the Aces this year will be the depth, with several players able to make regular contributions.

Catholic returns to action Monday when they host preseason Region 3 favorite Breckenridge County (2-0), who has also opened the season with a pair of lopsided wins.