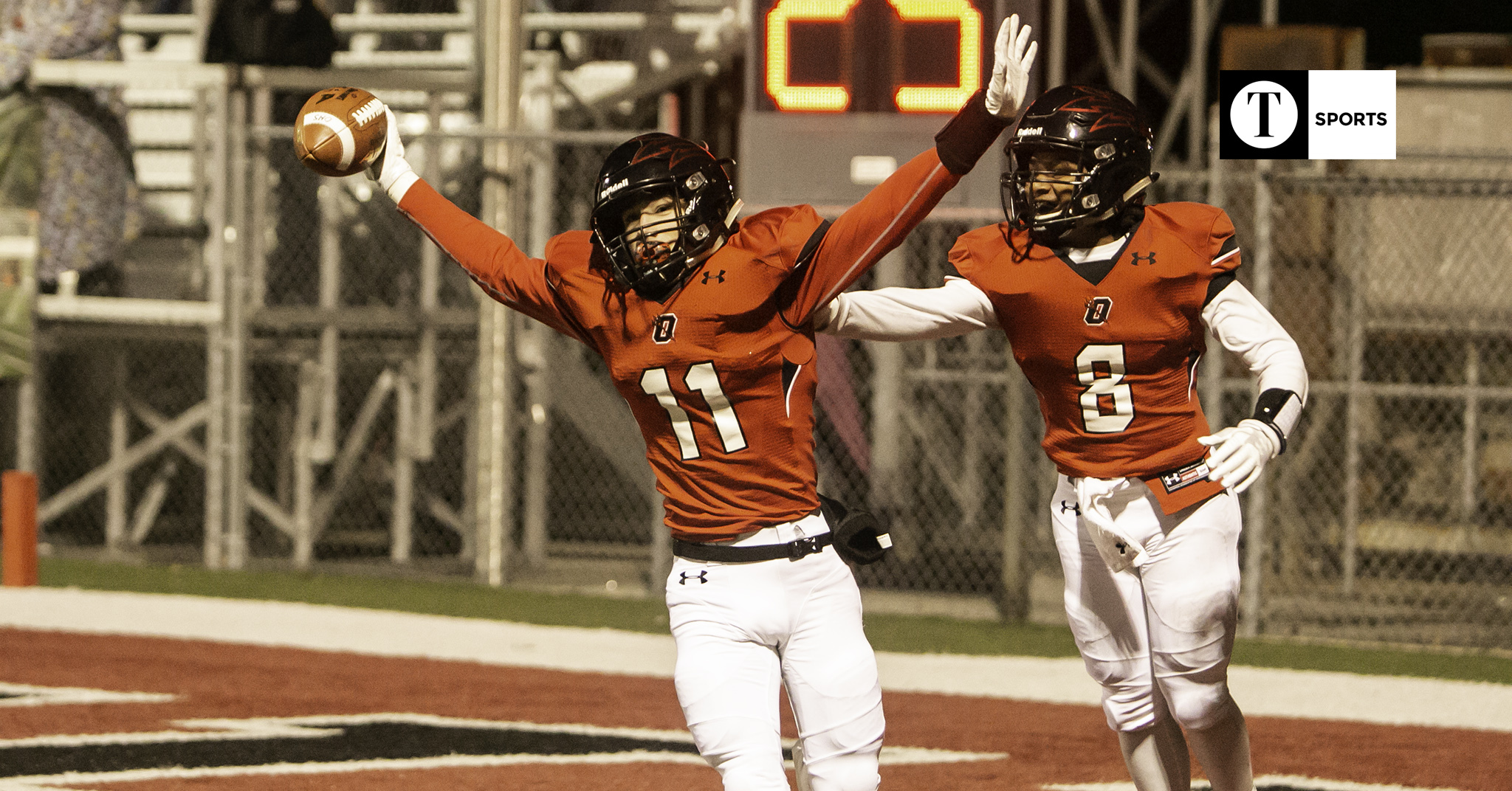 Senior Hunter Morris (11) got his first touchdown — the last of the night for Owensboro — in a second-round playoff win over Bowling Green at Rash Stadium. | Photos by Ryan Richardson

For the first time since 2008, the Owensboro football team walked off the field with a win against Bowling Green after a 28-21 victory. Since losing to the Purples in week four, the Red Devils have won eight consecutive games.

In Friday’s second-round Class 5A state playoff meeting at Rash Stadium, OHS (10-2) got timely plays from several players and used an early lead to finally take down the BGHS (9-3), snapping a 14-game losing streak. Head coach Jay Fallin said it was a good feeling to beat a perennial powerhouse.

“We just got a pretty big monkey off our backs with that one,” he said. “That’s a cloud that’s been hanging over our heads for a long time, and that’s because they’re such a good team. They do such a good job.” 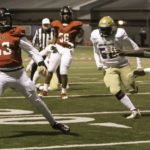 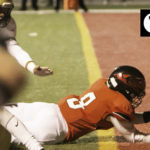 Owensboro got big play after big play all night on both sides of the ball. Twice, the Purples got to the 1-yard line but couldn’t punch it in. Senior receiver Hunter Morris scored his first career touchdown for the final OHS score. Steven Stevenson got drilled when he recovered a late onside kick but held on to the ball, and a few plays later Austin Gough picked up a first down that sealed the game.

Owensboro was also able to rely on the usual standouts, as quarterback Will Warren overcame a pair of turnovers to finish 24-of-34 for 295 yards and four touchdowns, while Monte Owsley had seven receptions for 160 yards and two scores.

“That’s what it takes to win games like this,” Morris said of the team effort. “We’re alive, and we survive and advance.”

The Devils first drive of the night looked promising, but it ended when Warren threw an interception on the 12-yard line. The teams traded punts before the OHS defense made their first big stand.

Gough and Diamond Glover combined for a sack to get the ball back, and Tre Green returned the punt to the 50. A few plays later, Warren found Owsley streaking up the left side for a score late in the opening quarter.

On the following Owensboro possession, Warren fumbled on his own 14, but the defense got the stop on 4th-and-goal from the 1. From there, it was smooth sailing for Warren.

“He’s a great kid and competitor,” Fallin said. “We’re so lucky to have him. He doesn’t let mistakes rattle him. The ball slipped out of his hands early in the game, and it’s tough when something like that happens to you. But he put it behind him quickly and came back out to make the passes he needed to make.” 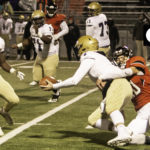 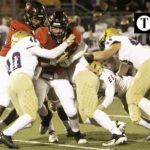 The Purples evened the score with 4:42 left in the half on a 7-yard pass, but OHS added another touchdown three minutes later. Warren was forced outside the pocket, and as he scrambled to the right he hit Aireon Phillips at the 3-yard line. Phillips broke a tackle, then dove past another defender for the score.

Bowling Green opened the second half with another trip to the red zone, but Owsley blocked their field goal attempt. The teams traded punts before a flurry of scoring.

Warren connected with Owsley for a second time, this one a 41-yard catch-and-run past the defense. A quick drive from the Purples ended with a 1-yard dive to cut the OHS lead to 21-14.

Green returned the ensuing kickoff 64 yards, setting up the touchdown catch by Morris — who had only two catches coming into the game — in the final minute of the third quarter.

Warren said he was able to thrive because the backfield was drawing so much of the defense’s attention.

“I was finding a lot of open spots,” he said. “They were manning up on our running back. That was clearing up the middle, and I saw that all night.”

The Purples weren’t done, and they gave themselves a chance to make a late comeback. They had a 1st-and-goal from the 1, but four consecutive negative plays ended with a turnover on downs. They did force a late fumble by Owsley that turned into 35-yard touchdown, but OHS recovered the onside kick and got an important first-down run by Gough to secure the win. 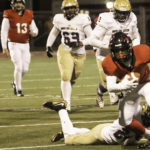 Fallin knew it was going to take a good defensive outing to come out on top.

“As good as we’ve been on offense, we knew we weren’t going to score 40 points,” he said. “We were going to have to play good on defense and hold them to three scores or less. That was actually our goal coming into the game, and we did that.”

Fallin said he couldn’t be more proud of his players and wants them to take time to appreciate the accomplishment, but it will soon be time to prepare for the next round.

The Red Devils advanced to the third round and will travel next week to South Warren (12-0), who beat Graves County 55-21 Friday night.

Warren said the team knows it will be a tough game, but they are ready to put up a fight.

“We have to keep working,” he said. “We have a great opponent next week. We just have to play to our potential. We know we can play with them.”