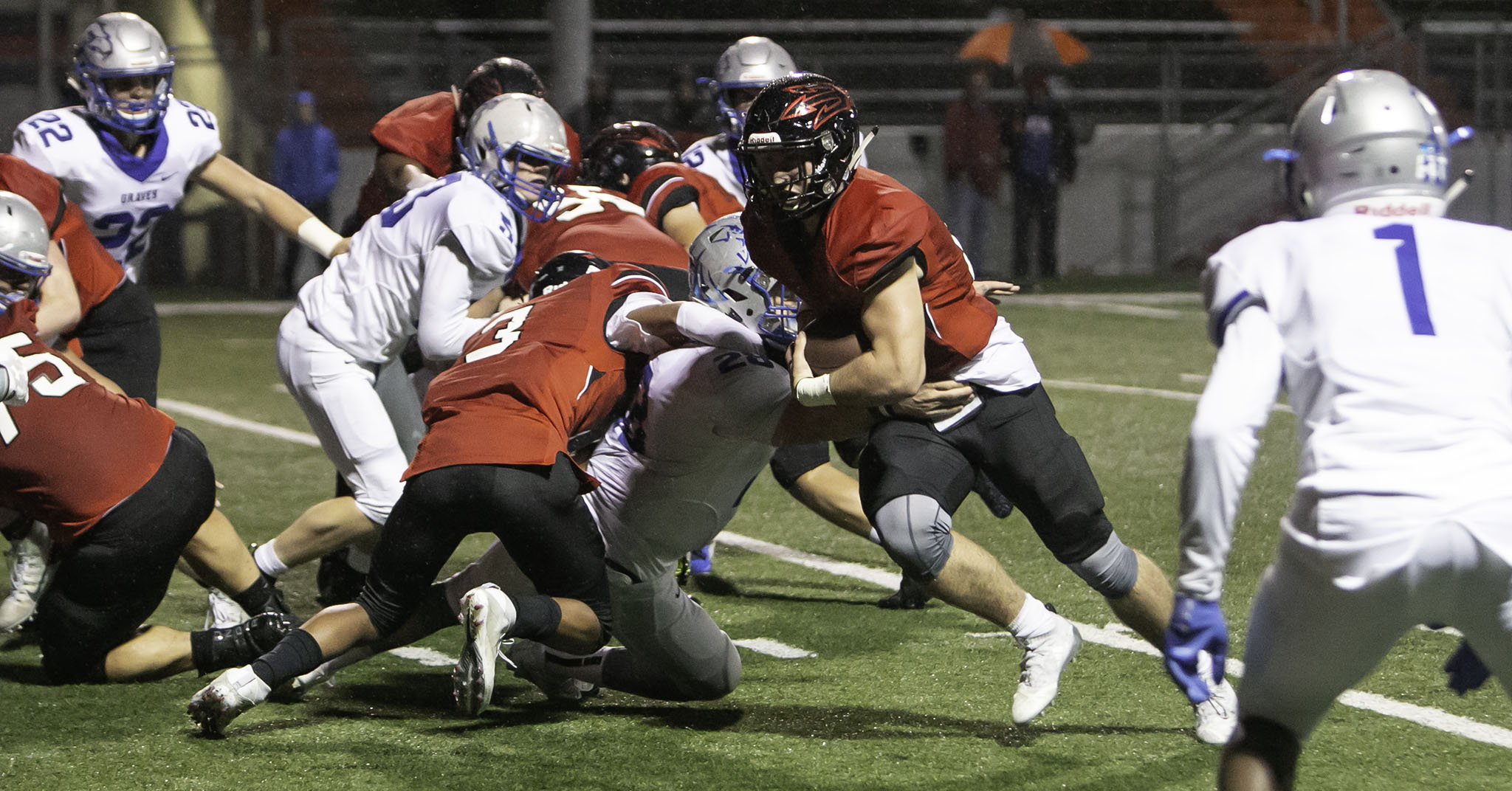 Austin Gough runs for a touchdown earlier this season for Owensboro. | File photo by Ryan Richardson

For the eighth time in only four seasons, the Owensboro football team is preparing to face Bowling Green, and the Red Devils are hoping to finally come away with a win.

The previous seven meetings have all ended in favor of the Purples. This season’s 21-12 loss was the closest result for Owensboro since a 17-14 loss in 2015.

“Bowling Green is a very good team,” said OHS head coach Jay Fallin. “We’ve certainly struggled against them in recent years, but we played them competitively in the first game this year. We had an opportunity to win but couldn’t score points when we got in the red zone a couple times.”

Owensboro (9-2) has since won seven games in dominant fashion, while Bowling Green (9-2) lost to a pair of talented teams late in the year. Devils’ head coach Jay Fallin said he thinks his team has what it takes to finally break through as they meet in the second round of the state playoff tonight.

“We’re going to have to clean up some of the mistakes we made in the first game,” he said. “If we do that, we feel like we can play with them and win.”

Owensboro had some issues early in the season with captializine in the red zone, but Fallin said they’ve shown great improvement and are playing at a high level. He said after fielding a young team last year, it took a few games for them to mature and learn what it took to be successful.

“We had to learn to take our lumps early on,” he said. “In every game, no matter if we win or lose, there’s plenty to be learned and plenty to be improved upon. We have to take that into practice. We’ve been able to do that for the last couple of months.”

They’ve gotten strong leadership from a handful of players on both sides of the ball. Quarterback Will Warren (180-for-301, 2,795 yards, 33 TDS, 10 INTs) settled in nicely in his first season at OHS. A pair of players in the backfield helped him along the way, as Monte Owsley (1,586 total yards, 19 total TDS) was a dual threat and Tre Green (734 yards, 10 TDs) was consistent on the ground.

Austin Gough also provided a steady presence with 118 tackles, two fumble recoveries and an interception returned for a touchdown to go along with three touchdowns as a fullback.

Bowling Green has their own set of playmakers that Fallin knows will be important to contain.

Though no receiver has been especially dominant, quarterback Beau Buchanan has spread the ball around for 2,132 yards for 23 touchdowns and six interceptions on 176-of-295 passing. Their biggest threat on the ground is DeVito Tisdale, who has 774 yards and 10 touchdowns on 134 carries.

Fallin said his team understands they don’t get another chance in the postseason, and the players have been focused all week.

“We’ve had a good week of practice,” he said. “Everybody knows what’s at stake and they’ve been dialed in. They’re fully accepting of the fact that it’s win or go home. They’re excited for that challenge.”

As the two teams aren’t strangers to each other, Fallin said they each know what to expect. Even though Bowling Green went through a head coaching change, it was an internal promotion and Fallin said there was continuity with the program.

There’s nothing to hide as they face off tonight, and it could come down to the final minutes.

“We’re a couple of teams that are very familiar with one another,” Fallin said. “There aren’t a whole lot of secrets when we line up across from one another. It comes down to who can execute and make the plays.”

The winner will advance to the third round to play for the region championship. They will face the winner of South Warren (11-0) versus Grayson County (8-3).