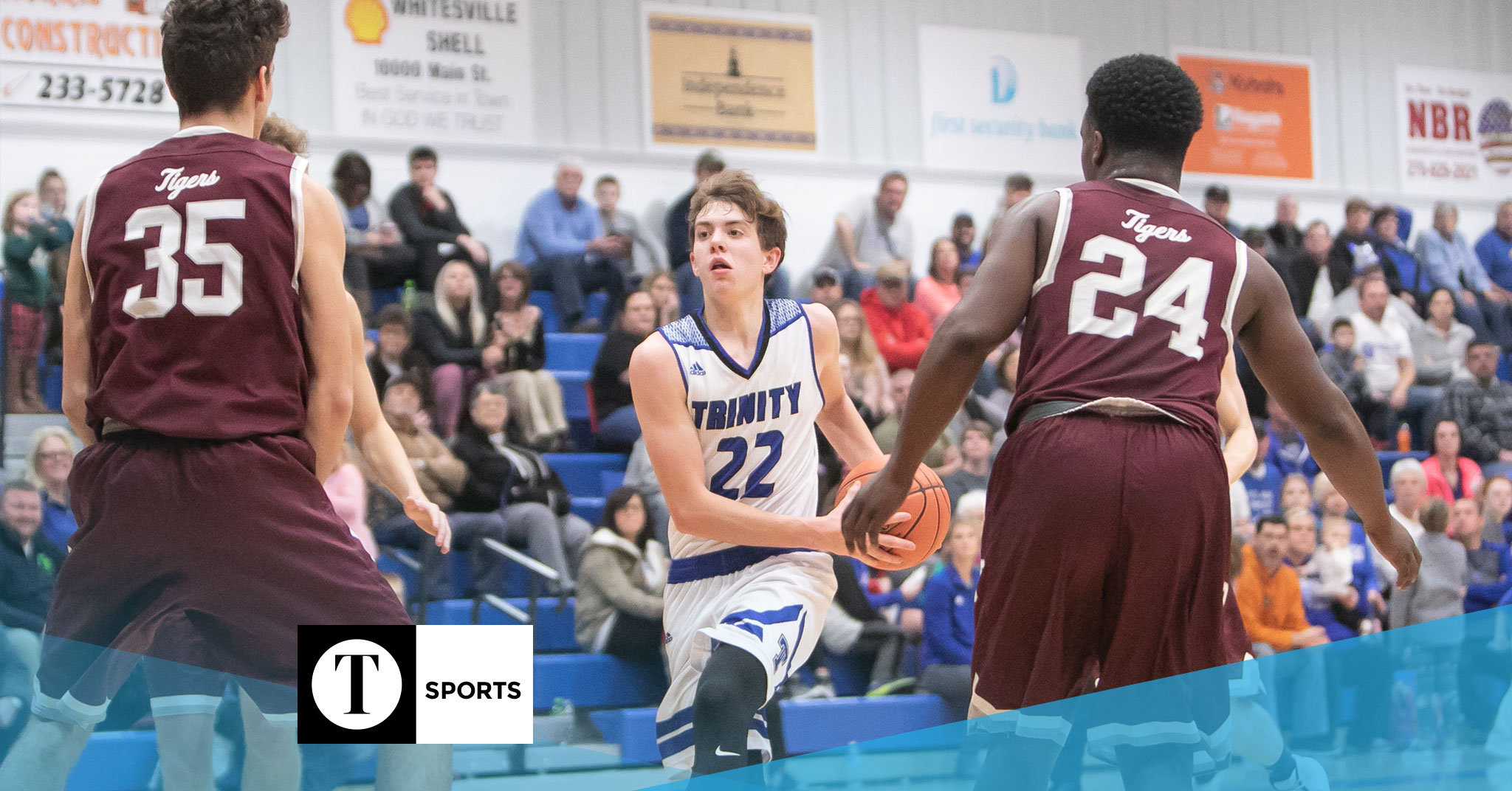 Trinity senior Trenton Morris (22) is helping lead the team in what they hope will be a historic season on multiple levels. | Photo by Ryan Richardson

Despite a tough loss on Tuesday, the Trinity boys’ basketball team has already made history — but they are far from finished.

Head coach Nathan West and the Raiders (4-2) have some pretty lofty long-term goals, and they’ve already proven they have enough talent that they need to be taken seriously by region opponents.

As far as he knows, the Raiders have never beat both teams in the same year. Just like that, history has already been made less than one month into the season.

They’ve also got another first in mind for the end of the year. Though they’ve made it to the regional tournament on a handful of occasions, the Raiders have never one a game there. West said signs so far point to a chance to finally get that victory.

“One of our goals is to establish ourselves up there with other teams in the area,” he said. “We’ve got a new facility so we’re trying to kind of change the mindset here, not just in basketball but all of our sports, because it is a great place to be. We measure ourselves by those other regional schools. We’ve got some goals of history-breaking things at Trinity that we’ve never done, so hopefully we get a few of those.”

West was named the head coach in 2016, and he said the team was in a rebuilding mode when he took over. Now, they have a chance to post the best record in school history. In the mid-90s, Trinity posted their most wins with 22 and fewest losses with 6 in separate seasons, both of which ended with winning percentages in the upper 70s.

Leading the charge for the Raiders this season is a trio of seniors — Joe Brown, Trenton Morris and Cameron Wright — that have seen significant playing time since they were sophomores.

Morris is the team’s leading scorer, averaging 15 points per game. Brown adds 11.5 per game and is a threat from long range with 13 3-pointers so far — including five in one game.

Wright, who left Tuesday’s game early with an injury but is expected to return, has been a good presence down low, and through the first four games he averaged 13 rebounds and 9.5 points per contest.

“They’ve learned and developed,” West said of their progress over the last three years. “I think they’re confidence is the biggest thing, and there still probably not as confident as they should be. I think sometimes they think too much and they don’t just play. When they do (just play), they’re great.”

Another key player so far has been junior Ethan Howard, who is adding 8.1 points per game. Experienced seniors combined with the strong supporting cast, West said, means the Raiders are in a good position moving forward.

“We’ve got a great group, and they are hopefully setting the new foundation,” he said. “We’ve got some good young guys coming up so we’re hoping this is the year that launches us forward long term.”