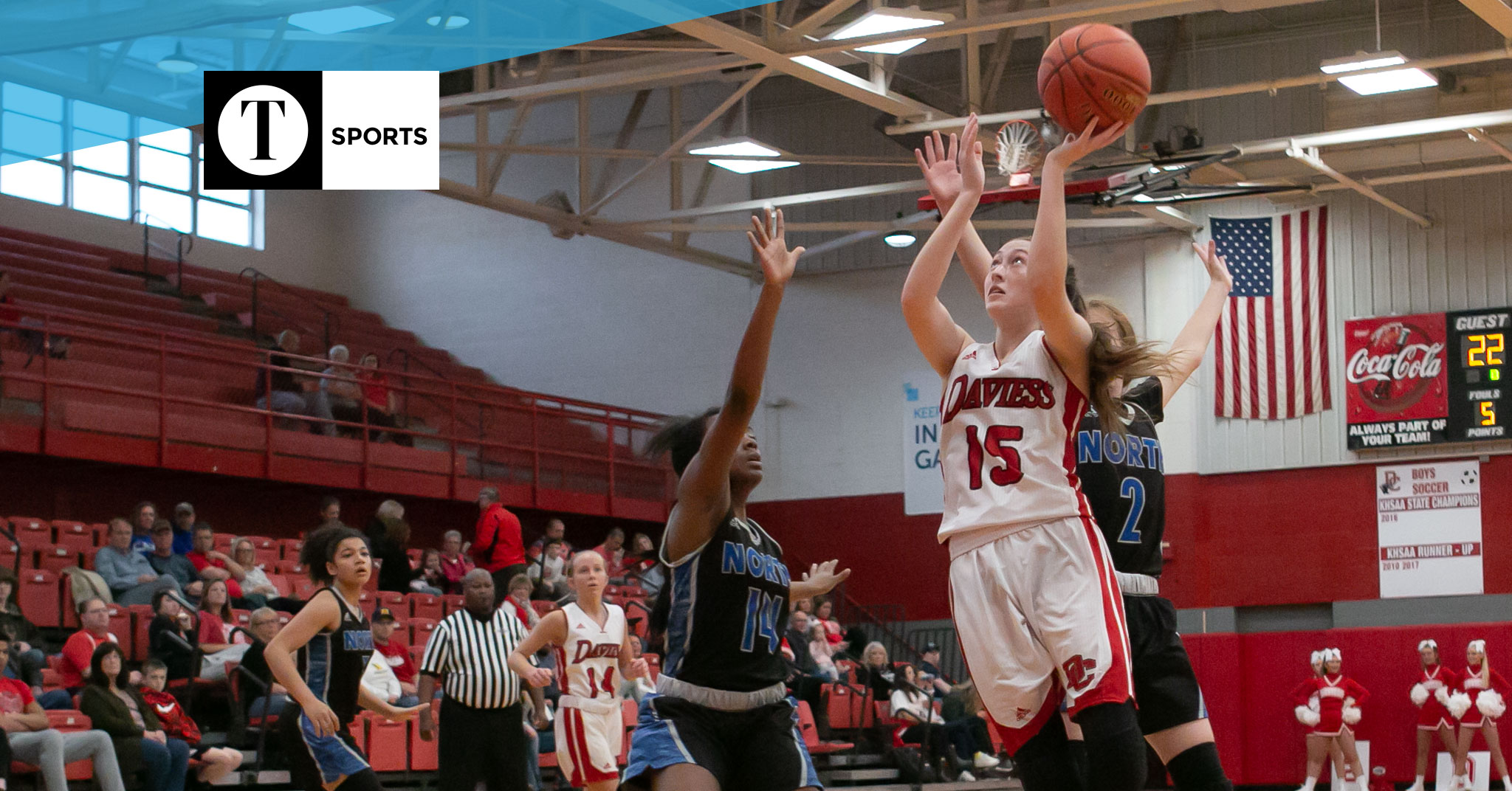 Kailey Bowers goes up for a shot for Daviess County in their game against North Hardin on Saturday. | Photo by Ryan Richardson

A five-point swing changed momentum in the wrong direction, and the Daviess County High School girls’ basketball team wasn’t able to recover in a 54-40 loss to North Hardin.

The Lady Panthers (0-2) played in the first game of the KY 811 Classic Shootout on Saturday afternoon, and they got off to a solid start. However, a contested jumper and a 3-pointer just before the halftime buzzer pushed the Lady Trojans (3-0) lead to 27-21 at the break.

Head coach John Kirkpatrick said the late run hurt, but there were some other areas Daviess County had some trouble with.

The Lady Panthers also struggled to make shots all night. They connected only once from beyond the arc, and their only points in the fourth quarter came from free throws.

“I think it was a tough shooting night for us,” Kirkpatrick said. “But, we know what we have to work on from here and where we go, and I think we’re heading that direction.”

He said the shooting struggles should be an anomaly, but Kirkpatrick does hope they can continue to crash the boards like they did against Central Hardin.

“We had 15 offensive rebounds tonight for a team that I think is relatively small,” he said. “I have to pat our kids on the back for that. We did a good job keeping them off the glass.”

They finished with 31 total rebounds and individual leaders were Emma Anderson (7), Katie Mewes (6) and Brooklyn Daugherty (6). Daugherty also tied with Kailey Bowers for a team-high 10 points.

The Lady Panthers will continue their six-game homestand on Tuesday when they host Butler County, and they’ll open district play Friday against Owensboro — a game Kirkpatrick said the team is very much looking forward to.

“That’s something we’re really keying in on right now, for sure,” he said. “I think moving forward, we have to work on handling pressure a little better and knowing what to do in some high-pressure situations.”