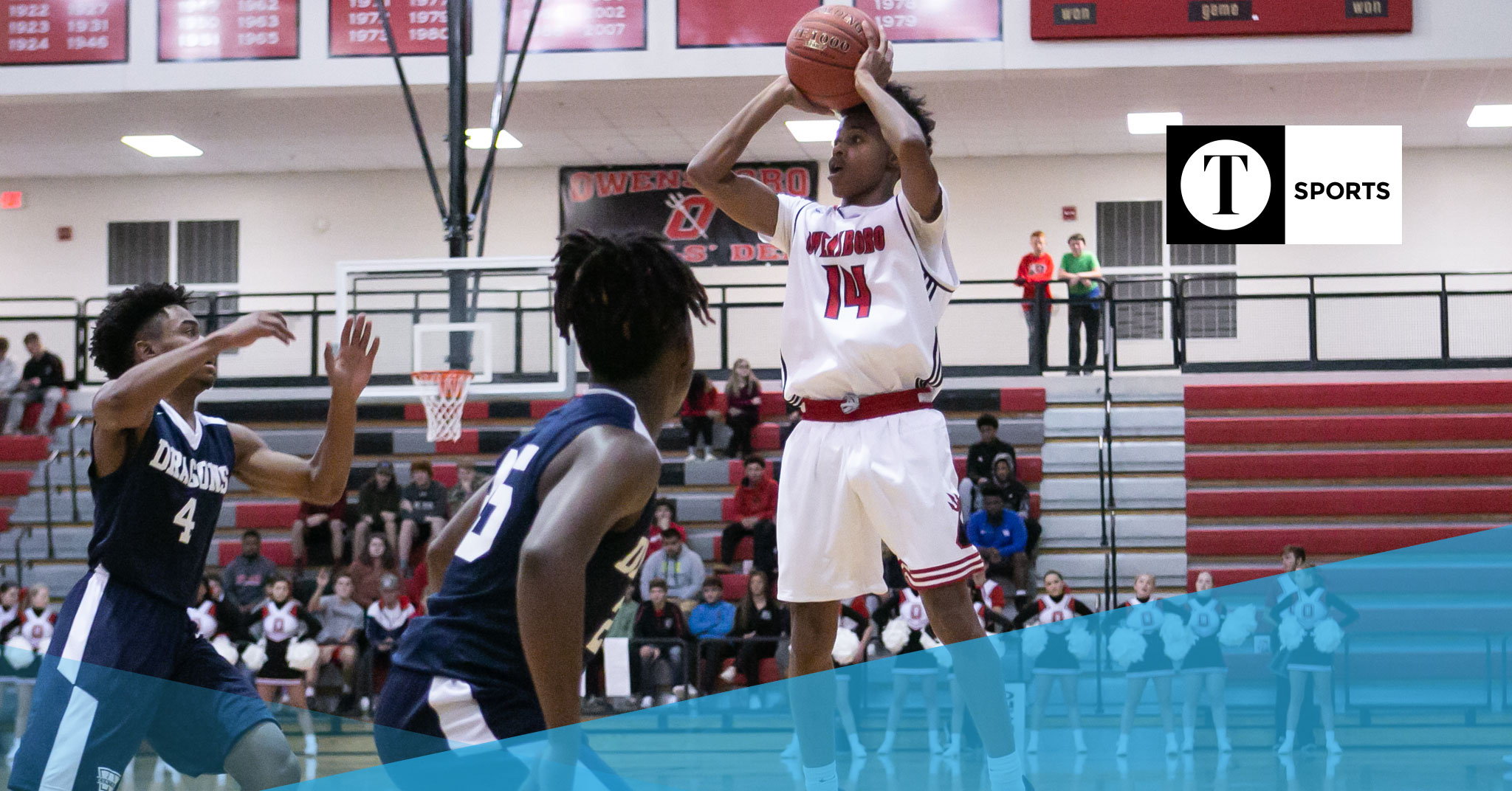 Darrion Wimsatt goes up for a shot for Owensboro on Tuesday against Warren Central. | Photo by Ryan Richardson

The Owensboro boys’ basketball team dug out of a couple big holes, but they couldn’t come back from one last run in an 81-68 loss to Warren Central at home Tuesday.

The Red Devils (1-2) withstood runs of 10-0 and 8-0 in the second quarter and slowly worked back from 37-31 down at the half to tie the game with two minutes to play in the third.

Scores by Darrion Wimsatt and Isaac Humphrey helped Owensboro hold a 59-58 lead heading into the final quarter. Down 63-61, the Dragons (2-0) used 15-0 run that included two free throws each after an intentional and technical foul were called against the Red Devils.

OHS couldn’t recover, but head coach Rod Drake was otherwise proud of the effort from his team.

“I thought we played hard,” he said. “They were just a little bit better than we are. They’re a seasoned team. We played hard, but our inexperience showed up late. We made a couple bad fouls. Our effort was there, and I think we got better tonight.”

Owensboro used an up tempo offense to stay on top early, and Drake said he expects them to keep up the fast pace all season. As long as they can keep the ball in front, he said, the Devils can rely on quick play.

“We play like that all the time,” he said. “If we get beat on the back side, we don’t have any length there. We have to put pressure on up front. It was a good ball game though because they’re a quality ball team.”

Though Warren Central tried to pull away early, the Devils relied on eight points from Jaiden Greathouse in the first quarter and another eight from Wimsatt in the second to keep the game close. Down the stretch, though, they couldn’t get the shots to fall, and it only took a couple minutes to fall behind.

“I thought we played hard and our guys got after it,” Drake said. “We missed a lot of easy shots. We had a tie game then we had a silly foul and it turns into a seven-point deficit for us. That comes with experience.”

Owensboro now turns attention to district play, as they travel to Daviess County on Friday. Drake said he scheduled tough games early in the season to prepare the Devils for district opponents, but doesn’t think they’ll need any extra motivation.

“I shouldn’t have to get these guys pumped up for Friday night because they know what it’s going to take,” Drake said. “All these district game are going to battles. It don’t matter who you play or where you play, it’s going to be a battle.”