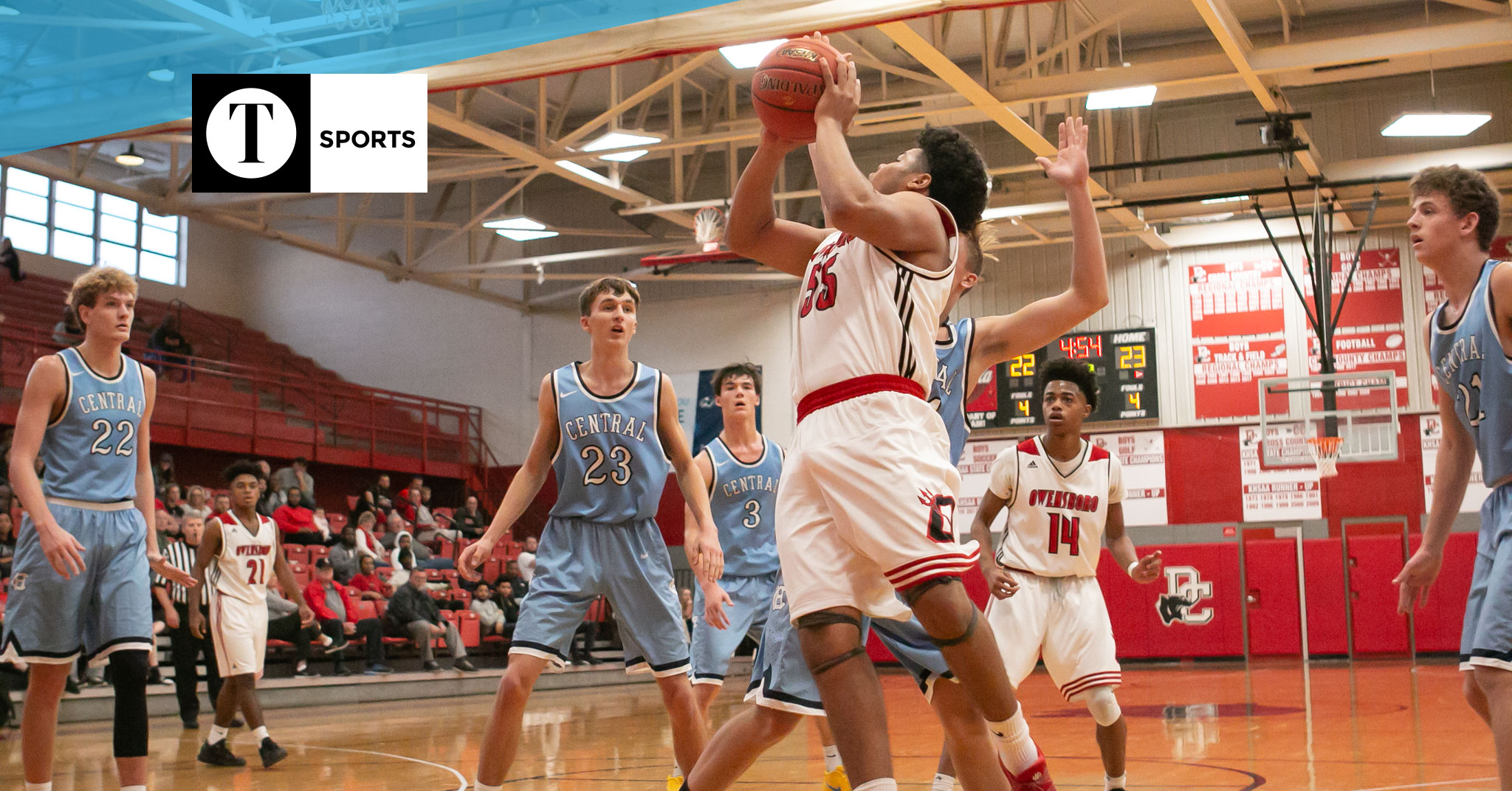 Jaiden Greathouse attempts a shot for Owensboro against Central Hardin on Saturday. | Photo by Ryan Richardson

The Owensboro basketball team fell short in the first boys’ game of the day, but KY 811 Classic Shootout host Daviess County came away with a win in the final contest of the night.

The Red Devils (1-1) couldn’t keep up in the second half of a 67-47 loss to Central Hardin in the afternoon game. In the nightcap, the Panthers (1-1) outscored McLean County in each quarter for a 75-56 victory at home.

Central Hardin 67, Owensboro 47
Both offenses came out hot and matched each other point for point to end the first quarter in a 19-19 tie. A 10-0 run late in the half put the Bruins in front, and they never gave up the lead.

The Devils closed to within five points in the second half before Central Hardin slowly pulled away.

Daviess County 72, McLean County 56
The Panthers shot 51 percent from the field and had seven made 3-pointers in the win over the the Cougars. After outscoring McLean County 22-15 in the opening quarter, Daviess County was able to tack on a few points to the lead in each period.

Four players finished in double-digit scoring, with Dakota Walden’s 18 being the team high. Walden also had a team-high six assists.

Gavan Ray finished with 14 points and eight rebounds, Chase Luckett had 12 points, and Mason Payne scored 10 points to go along with six rebounds.

Daviess County travels to Butler County on Tuesday before returning home Friday to host Owensboro in the first district game of the year.