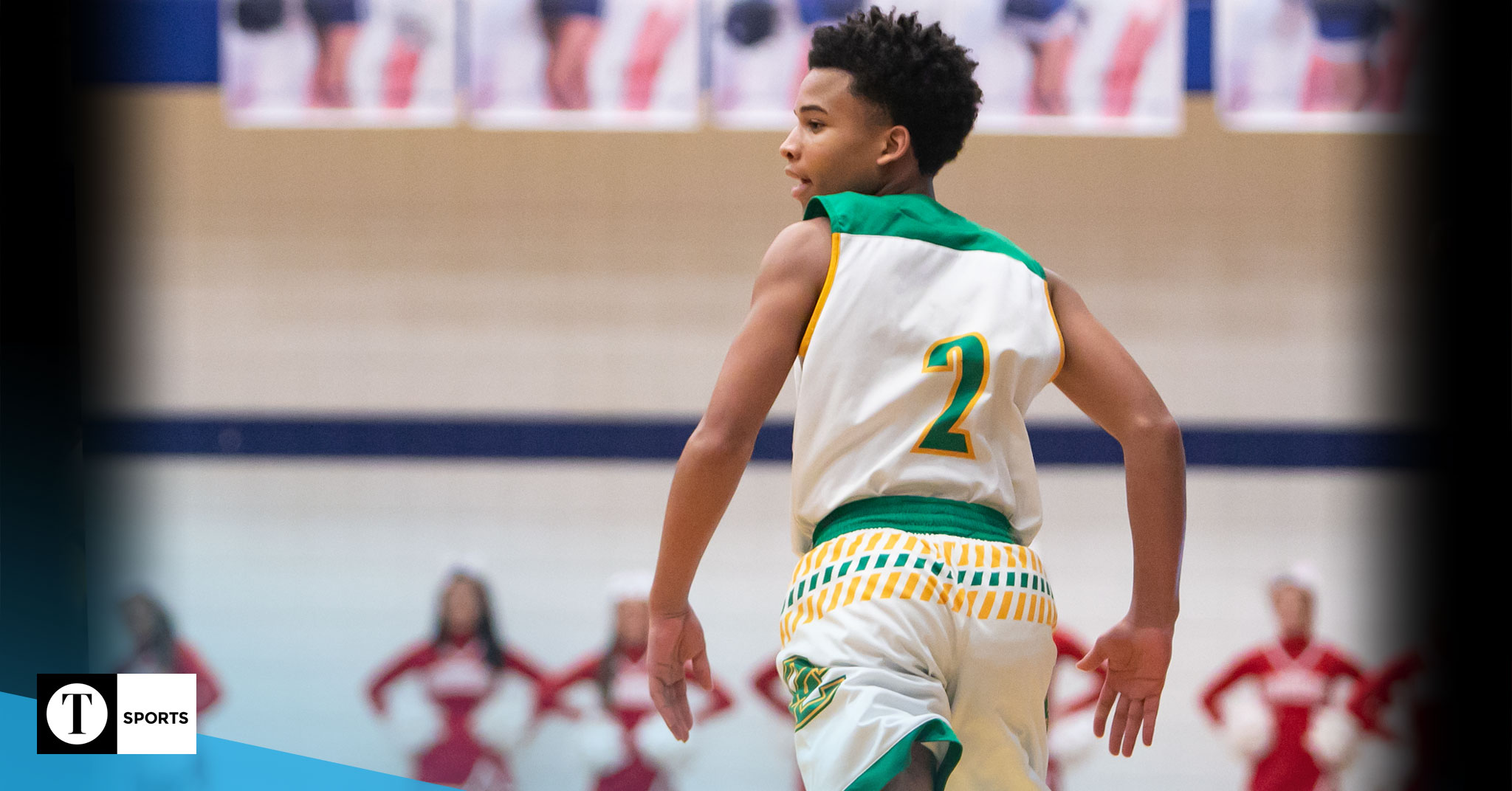 Brian Griffith came up big in the fourth quarter to help Owensboro Catholic beat Daviess County in the opening round of the 9th District boys' basketball championship. | Photo by Ryan Richardson

With the season on the line, Brian Griffith wanted to step into the spotlight. He didn’t disappoint. Griffith drained three 3-pointers that helped the Owensboro Catholic boys’ basketball team edge Daviess County 57-55 in the opening round of the 9th District Tournament.

“He played really poorly up to that point,” Riley said. “On the bench, he goes ‘Coach I’m ready now.’ Sometimes when somebody says that to you, you have that same feeling. The way he said it, he was (ready). He lives for those kind of moments. He’s one of those kind of guys that wants to be in that situation. I’m not totally surprised.”

The Aces (17-10) were down 44-40 to the Panthers (10-15) midway through the fourth when Griffith got rolling. He scored a layup on a fast break, then tied the game with a corner 3. He followed it up with a deep 3 from the left wing to put Catholic on top for good.

The Panthers hung close, but Griffith sunk another long ball from the right wing to push the lead to 4, and he got an assist on a fast break that essentially sealed the win.

Daviess County senior Dakota Walden was able to secure a spot in the 1,000-point club by hitting a pair of free throws with less than 10 seconds to play. He finished with 29 points despite drawing the focus of the defense, and head coach Neil Hayden said Walden did what he has all season.

“He took what they gave him,” Hayden said. “He stayed aggressive. We knew coming in that they’d have to try to slow him down. Like he has all year, he attacked the basket. Defensively he gets his hands on some deflections. I think he’s one of the best players in the state.”

It was back and forth for much of the night, and the Panthers held slim leads at the end of each of the first three quarters. Riley said after beating Daviess County twice already this season, he was worried Catholic might not make it a third.

Despite the loss, Hayden was proud of the effort and said everyone on the team left everything on the court. He said there were some moments they could have fell into a hole, specifically after an 8-0 run by the Aces in the third.

“We stayed composed and actually took the lead again,” Hayden said. “I’m extremely proud of the guys for their effort and intensity and focus on what we were trying to do. We just had a run there in the fourth where they turned us over and hit those three 3s there late. That kind of broke our back. “

While a season that had plenty of ups and downs comes to an end, Hayden is proud of the team he had this year.

“I always try to be careful not to value our team based on wins and losses even in positive years,” he said. “I cared about how we were doing on and off the court. I’m really proud of the guys. I always thought they stayed together and played hard.”

For Owensboro Catholic, at least two more games remain. They’ll play Owensboro in the 9th District championship at Apollo on Friday, and they are guaranteed a spot in next week’s 3rd Region Tournament at the Sportscenter.

“Owensboro right now is arguably the best team in the tournament,” Riley said. “The big thing is just get through that game healthy and hope we can make a run next week.”

John Parker led Catholic with 17 points, while Griffith and Andrew Riney each had 11. Walden’s 29 led all scorers, and teammate Gavan Ray posted a double-double with 10 points and 10 boards.