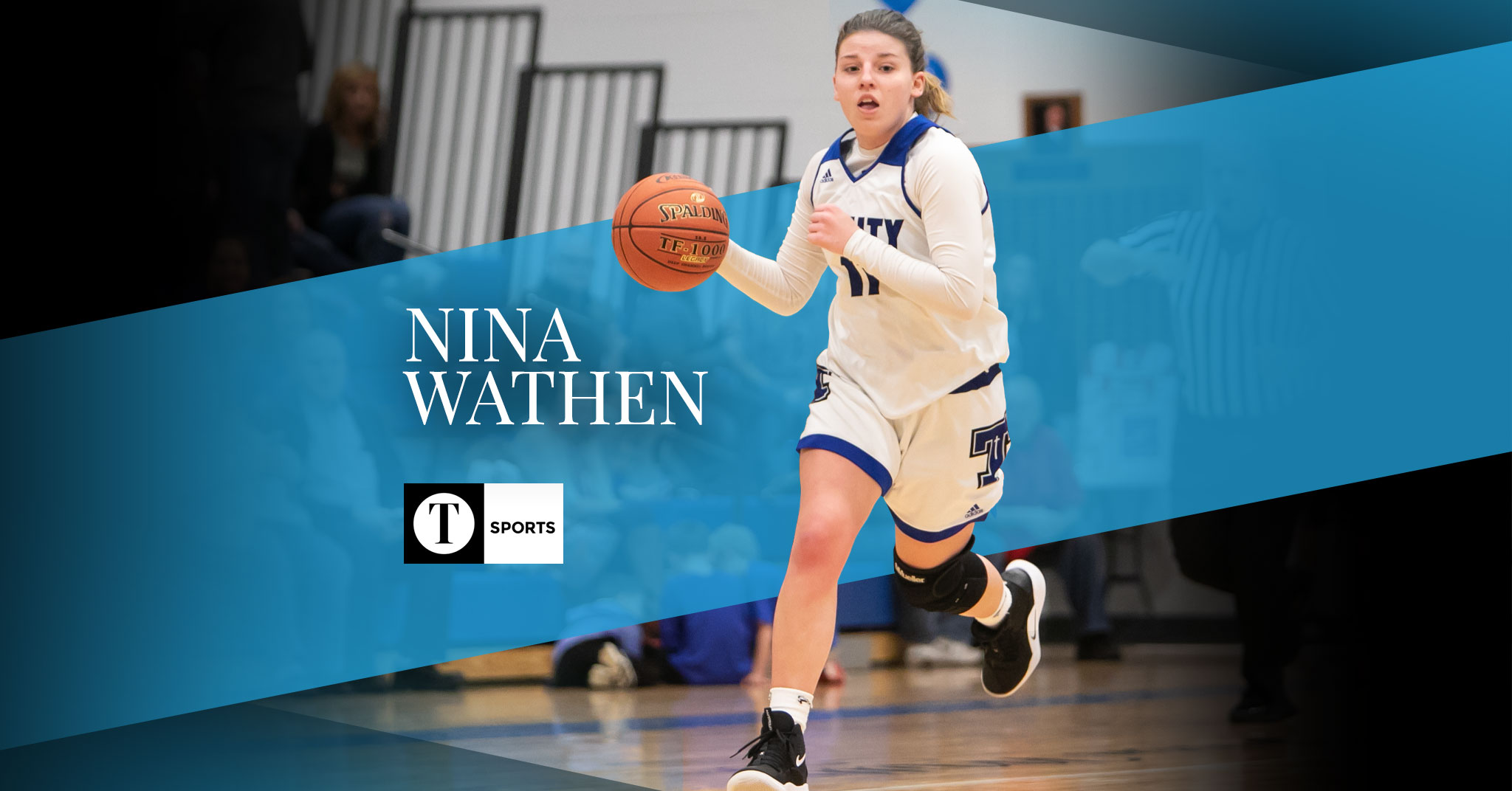 Growing up, Nina Wathen never dreamed she’d score 1,000 points in her basketball career. In Saturday’s game at Owensboro, she joined the even more rare 2,000-point club with a handful of games left in her senior season.

Wathen got to play varsity for the Trinity girls’ basketball team as a 7th-grader, so she started racking up points early. She said she still remembers when she got to 1,000 during her sophomore campaign.

Despite reaching the benchmark at an early age, she didn’t set a goal to double her total before graduating. When she found out she only needed about 100 more points earlier this season, it quickly went to the top of her list.

“It was a really big goal of mine,” Wathen said. “I was super excited when I got it. When I found out I was close, I just started thinking about how many points I needed each night. I really didn’t think I was even close.”

She didn’t become selfish about it, though, as the team’s success was still the main priority. On a team full of underclassmen, she knew it was up to her to set an example. Wathen said the team has come a long way since the start of the season.

“We didn’t start off as good as we wanted, but we’ve improved a lot,” she said. “We go hard every day in practice. I try to bring leadership. I keep the team calm in tough situations.”

While she’s in basketball-mode right now, Wathen is busy year-round as a three-sport athlete. She had a successful volleyball season in the fall, is looking to finish strong in basketball, and will then turn attention to softball to close out the year.

“I just go from one sport to the next,” she said. “I go from volleyball to basketball to softball every single year. It’s rough sometimes, but you just have to balance it as much as you can.”

Head coach John Cummings, in his second year at Trinity, said Wathen has been a major asset to the basketball team.

“Nina brings a lot of leadership and experience,” he said. “She’s very even keeled. She doesn’t get really excited or show a lot of emotion, which has been good for us because we have a lot of young kids. They really look up to her.”

Cummings knows Wathen is excited to reach 2,000 points, but he said she doesn’t make a big deal about it. That couldn’t stop him from smiling for her, and he said it’s probably been more than a decade since any girl at Trinity has crossed the threshold.

“It hasn’t been done very often,” Cummings said. “It’s a huge accomplishment. She’s very humble and nonchalant about it. For us, it’s really cool.”

What makes the feat even more special, Cummings said, is she did it despite a handful of different coaching styles throughout her career. Now, though, he said she’s playing in top form.

“When you have different philosophies and styles, it’s difficult,” Cummings said. “I’ve challenged her in practice to push herself. She accepts the challenge. She’s gotten better every practice every game. She’s playing her best ball right now, so I’m really happy for her. She’s really smooth and doesn’t force things.”