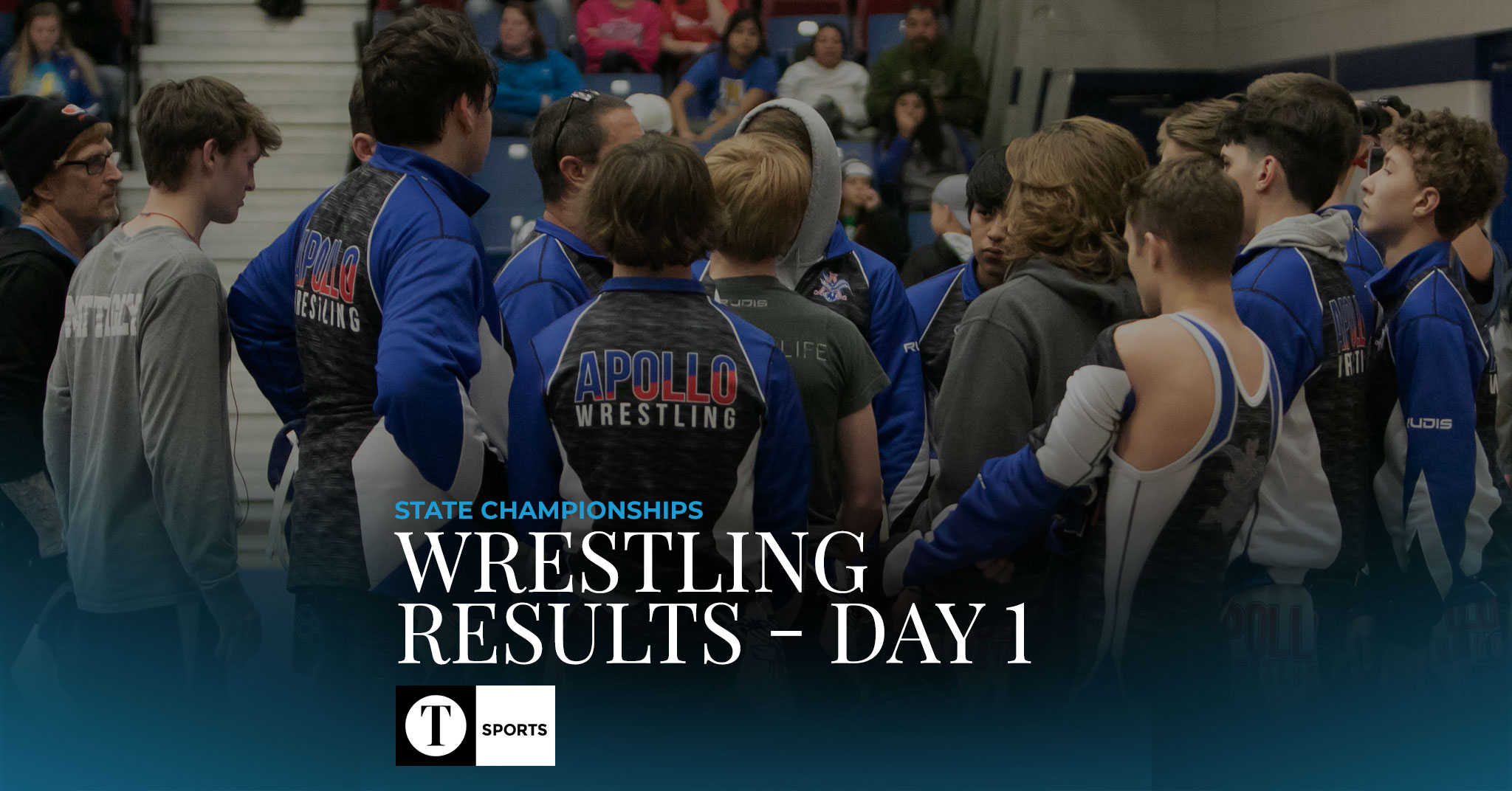 Three local wrestlers still have a shot at a state title, and four others are competing in the consolation bracket. | Illustration by The Owensboro Times

Three local wrestlers are still in contention for a title, and four others are still competing for a place in the top eight at the 2019 KHSAA State Wrestling Championships sponsored by Army ROTC.

Apollo’s Preston Mattingly (120), Jake Insko (138) and Jack Fuller (170) all won their first three matches Friday to lock up a spot in the semifinals, guaranteeing themselves at least a Top 6 finish. Mattingly remains perfect on the season at 49-0.

Three other Eagles are through to the third round of the consolation bracket. Joseph Morgan (113), Samuel Ramirez (126) and Cameron Baker (152) all won their opening match and then fell in the second round. They each picked up wins in the consolation bracket to keep hopes alive of finishing as high as third place.

Similarly, Trinity’s Briar Roberts (285) is still competing in the consolation bracket. Morris lost by disqualification in the first round but won his next two matches.

Wrestling will resume Saturday beginning at 9 a.m. EST. The consolation bracket finals — determining 3rd-8th place — will begin at approximately 3 p.m., with the championship finals closing out the day.