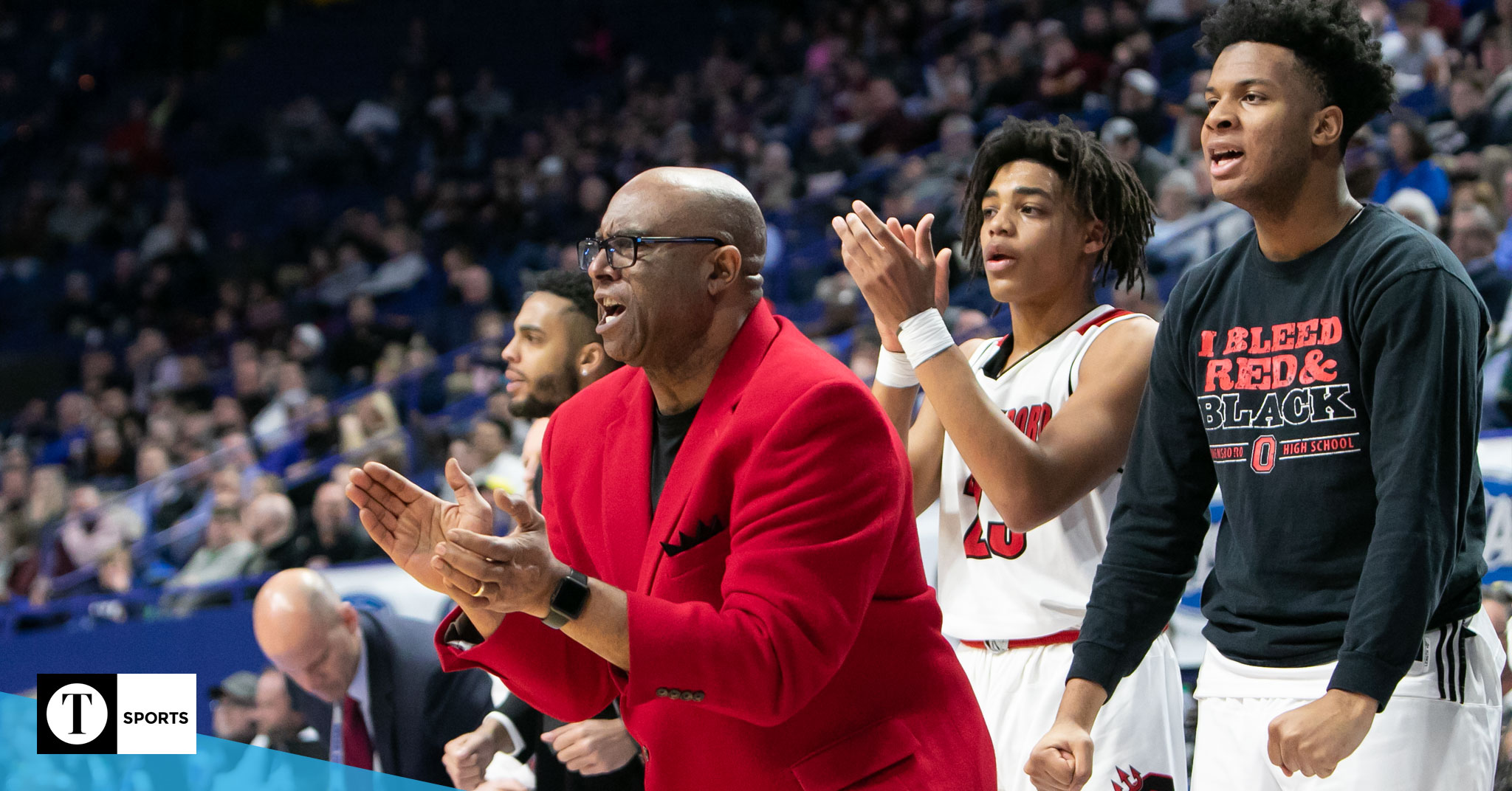 Head coach Rod Drake has high expectations for his team going forward after a successful season. | Photo by Ryan Richardson

Rod Drake was relatively optimistic Wednesday night following Owensboro’s loss in the state tournament. After all, the head coach said they weren’t even supposed to be there.

After losing six seniors who combined for 88 percent of the scoring last year, Owensboro was all but starting from scratch this season. Based on preseason polls, the Red Devils weren’t expected to contend for the region title.

That won’t be the case this offseason, as Owensboro defied expectations with a young and inexperienced roster. They rolled through the 3rd Region with a 17-0 record, largely dominating opponents on their way to a record 44th appearance in the state tournament.

“We look forward to doing it again,” Drake said. “These guys are starving to get back out there. We’ll take some time off and we’ll be back.”

Drake has twice experienced back-to-back state appearances with Owensboro. Both times, a first-round loss one season turned into a state title the next.

As a player, Drake and the Red Devils lost to Ashland Blazer in 1979. He cut the nets down in 1980. As a coach, he lead Owensboro to the tournament in 2014 and then their fifth state championship in 2015.

Following their loss Wednesday, Drake made sure his players knew what the future can hold.

“That’s what I told these guys,” he said. “They came up here, and they weren’t even supposed to be here. What you have to do now is go back and take it. You got a little salt on your wound, you gotta buckle it up and let’s get back at it.”

The Red Devils will have some dropoff with a trio of seniors leaving in May, but it won’t be nearly to the extent of a year ago. Leading scorer and floor general Darrion Wimsatt will be the biggest loss, while Adante Greer and Aireon Phillips will also graduate.

Phillips and Greer were both key contributors this season. They stepped up at various times to power Owensboro to much-need victories, most notably helping win the region championship after Wimsatt went down with an injury. Still, they only combined to average 7.8 points per game.

That leaves a majority of the offense to return next year. Freshman Gavin Wimsatt (10.3 ppg) and sophomore Amari Wales (10.0 ppg) were the second- and third-leading scorers, while juniors Jaiden Greathouse (9.1 ppg) and Isaac Humphrey (5.5 ppg) were fourth and fifth.

Those four also led the Devils in rebounding, pulling down a combined 19.6 per game for about 73 percent of the team’s nightly average.

With many teams in the region either still in a rebuilding mode or losing key figures to graduation heading into next year, Owensboro should be a heavy favorite to make the repeat trip to Rupp Arena.