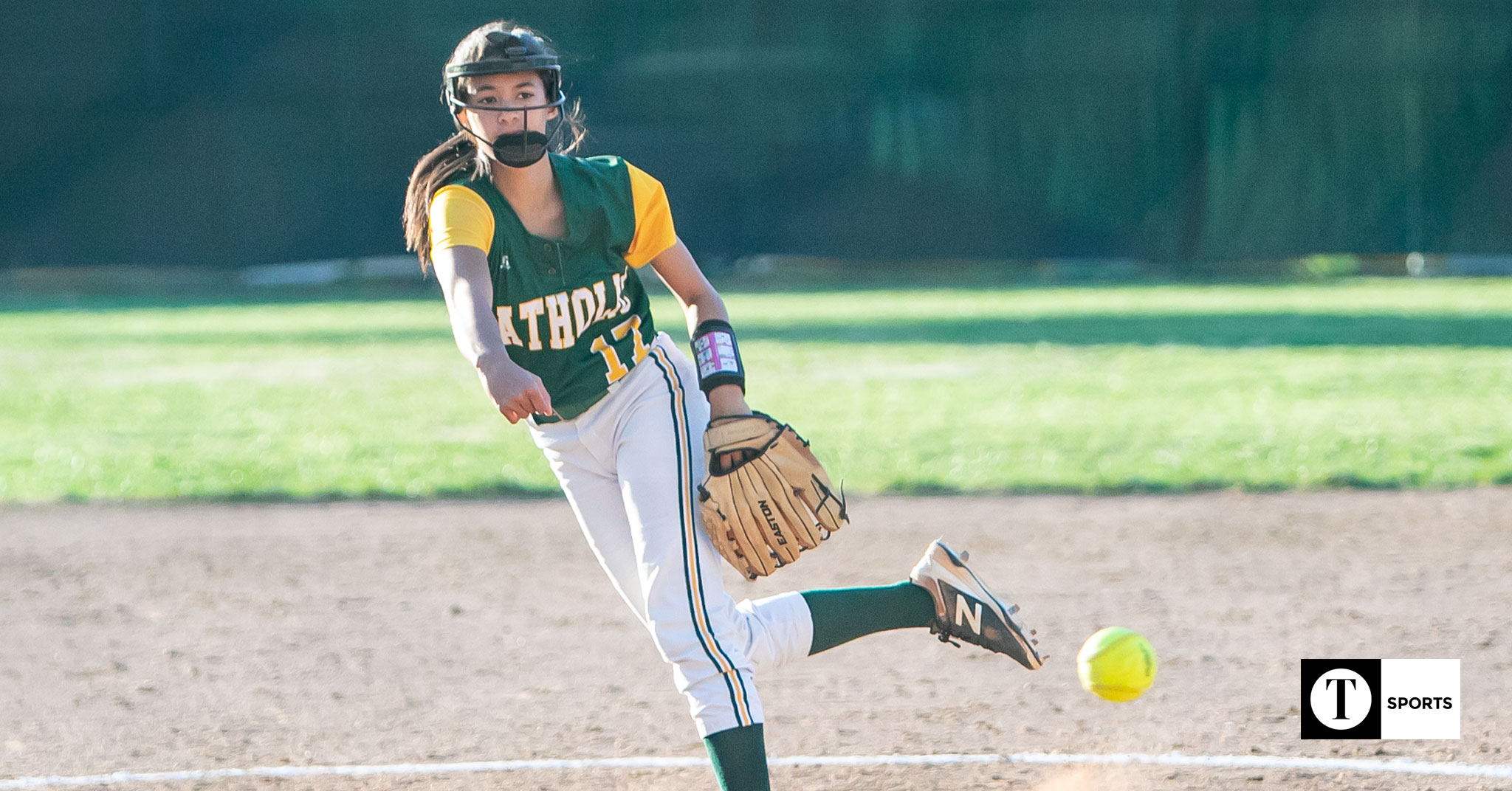 Lexi Hatchett was dominant in the circle to help Owensboro Catholic earn a comeback win over Evansville Memorial. | Photo by Ryan Richardson

Hannah Carter smashed a two-run homer over the right field wall in the sixth inning, and the Owensboro Catholic softball team came all the way back from a 7-0 deficit to beat Evansville Memorial 9-7 at home Wednesday.

While the offense continued to chip away, winning pitcher Lexi Hatchett proved invaluable in the circle for the Lady Aces (5-5), who trailed 6-0 after the first inning. Hatchett took over in the third inning with her team down seven runs, and Memorial didn’t score again. They only registered two hits as Hatchett struck out six over the final five innings.

“She’s the one that put us in an opportunity and let the offense come back in there,” said Catholic head coach Jeremy Phelps. “She’s defense only. When you can sit there and have trust in your defense and your pitching, that’s huge.”

The Lady Aces’ offense found its groove in the third inning, starting with a one-out triple by Isabella Henning. Danielle Henning then hit a grounder to the first baseman, and Isabella Henning wound up scoring after Memorial threw the ball away during a rundown toward home plate. Danielle Henning advanced to third during the play and scored when Carter grounded out to second.

Catholic scored two more in the next frame. A well-placed bunt to the shortstop by Camille Conkright drove in Taylor Dukate, and Katie Hayden scored on a ground out by Isabella Henning.

The rest of the runs came in the sixth inning and again started with a hit by Conkright. She drilled a line drive to center field to push Hayden and Anna Meyer across the plate.

Still trailing by one and with two outs on the board, Danielle Henning hit a deep fly ball to left field but it was dropped, and Conkright scored to tie the game. Carter crushed her first pitch over the wall for the first lead for Catholic.

“They didn’t quit,” Phelps said. “That’s big, because it would have been easy to quit. Coming back (from spring break), it’s been tough getting back into it. We didn’t warm up good before the game.”

Phelps said he knows the team has the ability to score, all they had to do was shake a sluggish start.

“We got the bats going and got a couple of hits, and the next thing you know we started gaining confidence, so that worked out pretty well for us,” he said. “We’ve got hitters in the lineup, I have no doubt about that. They just have to put it together at the same time.”

Hayden finished with a pair of doubles and scored twice, while Conkright singled twice to drive in three runs and she also scored a run. Carter had three RBIs and Danielle Henning scored two times, and Hadley Phelps recorded a double.