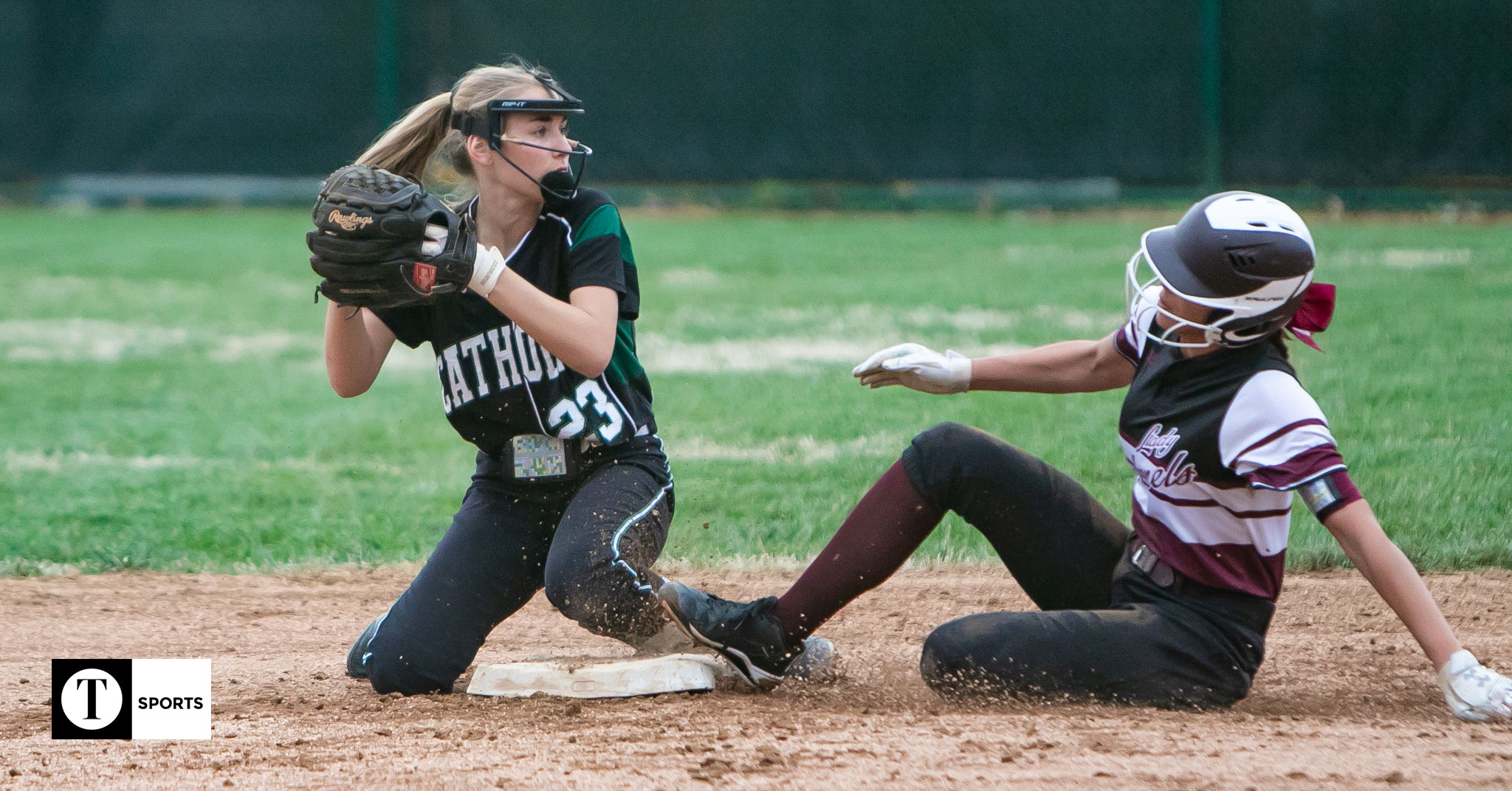 The Owensboro Catholic softball team couldn't get much going in a 1-0 loss to undefeated Henderson County. | Photo by Ryan Richardson

A lone run in the fifth inning proved to be enough for Henderson County to stay undefeated as they squeaked out a 1-0 win on the road over the Owensboro Catholic softball team Monday night.

The Lady Aces (4-5) were outhit 4-2, as both they and the Lady Colonels (14-0) struggled at the plate all day. Though Henderson County threatened a couple of times early, the Catholic defense held strong and didn’t give up a run through four innings.

In the top of the fifth, Lexus Rutledge drew a one out walk but was caught stealing by Lady Aces’ catcher Taylor Dukate. Kaytlan Kemp then singled and was driven in with a double by Sophie Margelot.

Brooke Simone doubled with one out in the bottom of the fifth inning to give Catholic a chance to answer, but she was stranded at second base. The Lady Aces got a runner on in the sixth and seventh but again couldn’t push one across the plate.

Anna Meyer recorded the other hit for Catholic with a single to lead off the bottom of the sixth frame.

Hadley Phelps took the loss, giving up one run on four hits through six innings. Lexi Hatchett pitched the final inning and gave up no hits.