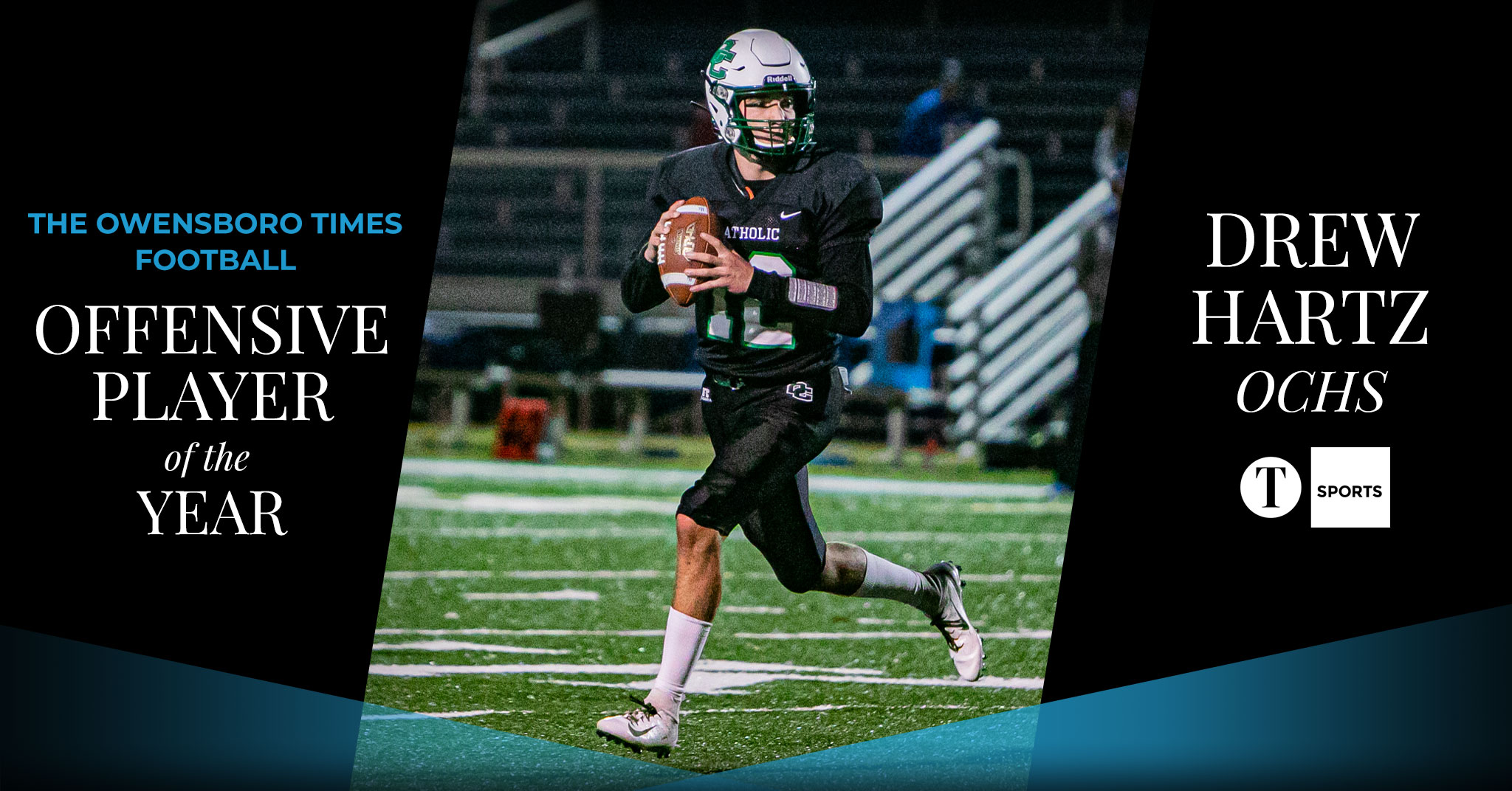 With two outstanding seasons already under his belt, Hartz knew he had a chance to finish off his varsity career with a truly special year — and that’s what he did.

Hartz not only established himself as one of the best quarterbacks in Catholic history, but he also put his name near the top of the state leaderboards in multiple categories.

“I felt really great with how I played this year,” he said. “Before the season I set many goals to try to put myself out there and try to get recognized as one of the better quarterbacks that have been through Catholic. There have been many great ones. With the help of the rest of my team I think I accomplished that.”

“I’m really proud to be at the top of the leaderboards,” he said. “It’s a great feeling to be recognized.”

Head coach Jason Morris said with so many talented quarterbacks in Catholic’s history, it was no easy task for Hartz to achieve his goals.

Hartz credited much of his success to the rest of the team, saying they spent a lot of time in the offseason working on chemistry and getting better.

“Being more comfortable overall was the big thing this year,” he said. “Having two years of experience, this was the most comfortable I’ve been. My offensive line did great this year, and they gave me plenty of time to get it out to my receivers, who made plays for me and made me look good.”

Though the season came to an end earlier than Hartz and the Aces wanted it to, he said he left everything on the field.

“I don’t have any regrets,” he said. “I feel like I put everything into it. I just tried to be the best leader I could. Playing at the top of my game was one thing I really wanted to do, and just do what I could to make my teammates better.”

Hartz isn’t yet sure what his future holds. His long-term goal is to become a pilot, but he’s hoping there’s still more football on the horizon.

“I’d like to play college football if the right opportunity comes to me,” he said. “I want four more years of it because I love the game so much. After that I’ll just see where it takes me.”

Stay up to date on all your local sports coverage by following @OwensboroSports on Twitter and by liking us on Facebook.