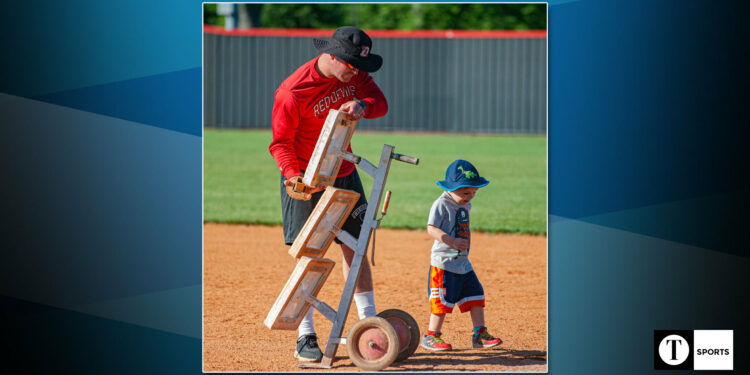 Logan Johnson stepped down as the head baseball coach of the Owensboro Red Devils on Tuesday. After eight seasons at the helm, he said it’s time for him to watch his own family grow up as his children are getting ready to start playing the sport Johnson knows so well next year.

Johnson, a former Red Devil, was named the head coach in 2014 but said he feels like now is the right time to pass the program he loves onto someone else.

“I’ve got two young kids and both of them will be into baseball next year so I want to be able to be around them when they’re playing and to watch those games,” he said. “I know there’s a talented group of players coming up and I feel like that now is a good time for them, they need to get some longevity, somebody that’s going to be there consistently for the next several years and I just knew my role was coming to an end and it’s time for somebody else to take the reigns.”

Owensboro athletic director Todd Harper said Johnson has been huge for the team.

“He was an outstanding coach and also a former stand-out athlete at OHS and at the University of Louisville,” Harper said. “He worked hard as our head coach and put our school and student-athletes first.

Johnson graduated from Owensboro in 2003 then went on to a successful career at Louisville.

Even though baseball was something he knew a lot about, Johnson said the idea of becoming the head coach didn’t enter his mind until he was already a coach.

“I coached middle school football and I was an assistant baseball coach before I was a head coach,” he said. “Coming out of college, I had several teammates that went on to be coaches in the college ranks and I knew that wasn’t for me … I was ready to get my roots dug in somewhere. When I moved back to Owensboro, I knew it was something that I’d like to explore, the possibility of coaching. I’m really glad I got the opportunity to coach my alma mater. That was pretty special.”

Johnson is an assistant principal at Cravens Elementary and said the one thing he’s learned from being a coach is also something that helps him in his day job as well.

“Every kid is unique,” he said. “Every kid learns differently and every kid comes from a lot of different backgrounds. That’s something I’ve learned to appreciate, all the different types of players and what it takes to get through to them and teach them about baseball.”

When asked what he’ll miss the most about his time at the helm, Johnson immediately said the bonds he’s built with players, assistant coaches and even opposing coaches.

He said it’s the relationships he’s built with his players that reminded him what it means to be a Red Devil.

“It’s a family,” he said. “It’s a bond that never breaks. My family has a history with Owensboro High School and it’s special. You go to a Friday night football game and you see 100 people that you know, that you played with, went to school with and that’s special. I always try to instill that in the players, the tradition that they’re involved with and the bonds they form are lifetime bonds.”