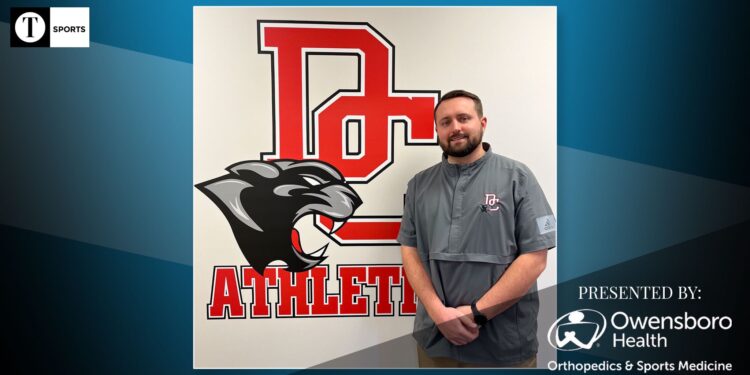 Daviess County High School recently announced John Kirkpatrick as the new boys’ head track and field coach. Kirkpatrick spent the last three seasons coaching girls basketball at the school but is no stranger to the track.

He spearheaded the track and field program at Muhlenberg County High School in 2010 when the school was formed, coaching multiple state champions. In his four years there, he also played a pivotal role in the construction of a state-of-the-art stadium and track, which would soon play host to several top-quality track meets.

“I consider myself fortunate to be afforded the opportunity to take over a program with as much prestige as Daviess County,” Kirkpatrick said. “The tradition here in track and field is arguably one of the best in the state, with several state titles to prove it. Most of that can be attributed to the foundation that Tony Rowe laid.”

Rowe led the charge at Daviess County for several decades, tallying a plethora of team and individual regional and state titles. Kirkpatrick will take over for Qudarius Wallace, who he said laid some solid groundwork.

“Coach Wallace did an excellent job of creating some momentum around the program, and that’s something we want to build on,” he said. “There is a lot of talent returning, and I know that our cross country has been working hard during the off-season and that work ethic will make for a smooth transition.”

Mark Fortney led the Panthers in Cross County and Track in some capacity for the last several years. Kirkpatrick said Fortney was one of the first people to introduce him to the sports during his high school years in Muhlenberg County.

“Coach Fortney is undoubtedly a running guru and has done an excellent job with both the boys and girls programs here,” he said. “It’s clear that a precedent has been set. We have high aspirations for this season; now, it’s time to get to work.”

Former Daviess County alum and coach Matt Rowe is joining Kirkpatrick on the coaching staff. Rowe was a member of multiple state champion teams at Daviess County under his dad Tony, later leading the Panthers to several regional titles as a coach.

“Getting Matt on board was key; I feared he would say no to coaching again, but I thought it was worth a shot,” Kirkpatrick said. “It took some convincing, but he’s been all-in since we spoke the first time. He grew up in the program and will bring a wealth of knowledge, experience, and pride to our track family.”

Kirkpatrick said the decision to return to coaching was tough but missed the relationships that come with running a program.

“I’m appreciative of our principal Matt Mason and athletic director Larry Logsdon for having faith in me to continue the track and field tradition at DC,” Kirkpatrick said. “I’m also blessed with a supportive wife and family that are willing to sacrifice time with me so that I can help young people reach their goals.