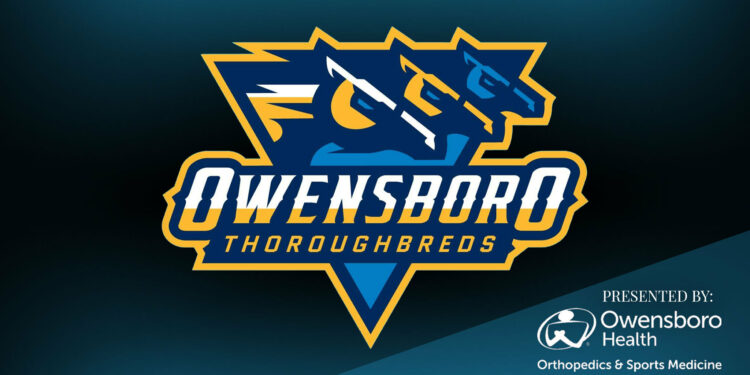 With the season only months away, the Owensboro Thoroughbreds are preparing for 2022 with a final tryout to complete the roster and the release of the season’s upcoming schedule.

Owensboro is coming off a solid year, but their success was a gift and a curse with six players signing contracts overseas.

Head Coach Mark Anderson is thrilled for his former players that were able to use the Thoroughbreds to further their careers, but that leaves the roster with at most four players returning.

Owensboro has had a previous tryout in November that had some success, as they hope to find the same success in their home tryout on Jan. 15.

“We’ve had one [tryout] so far that was in Columbus [and] from that we have invited 4 players to training camp,” Anderson said. “I believe as we get closer to the season the January 15th tryout should have a good turnout in Owensboro.”

The upcoming 2022 schedule has cause for excitement for the Thoroughbreds with a 24-game regular season slate.

“I think the Kokomo games are always going to be tough and entertaining, but the new teams and coaches in the Midwest division will again make it the toughest division in TBL this season,” Anderson said.

Owensboro will open the season with two long road stints of five and four straight games, but will be at home in 11 of its last 14 games.

Anderson is excited to have some challenging games early on, but really thrilled to close out the season with its home crowd behind them.

“It’s heavy with road games early and heavy with home games at the end, so I like that fact being at home when we get to the end of the season,” Anderson said.

As the season approaches with the first game being played in March, stay tuned to The Owensboro Times for updates on the Owensboro Thoroughbreds.