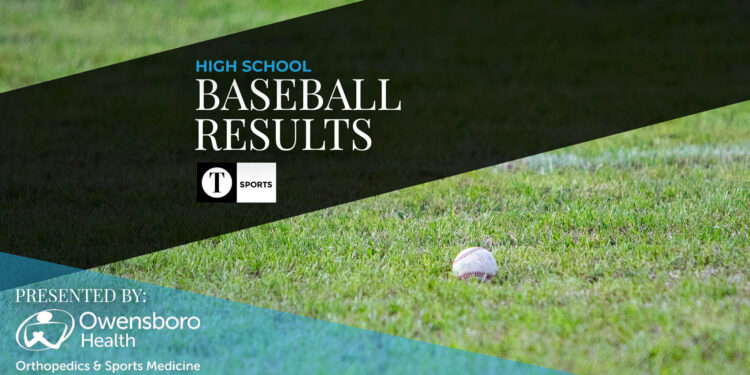 Eighth grader Evan Hampton was in complete control of the game on Thursday, as he held the Raiders to one hit as Owensboro grabbed a 5-0 win.

The Red Devils got right to work in the bottom of the first, opening up the scoring in the game by grabbing a run on an error and a passed ball. Evan Hampton then helped himself, driving in a run on a groundout to take a 3-0 lead into the second.

Evan Hampton then dialed in on the mound, holding Trinity (Whitesville) hitless through five innings. In return, Owensboro’s offense backed him up with two more runs on two more errors to take a 5-0 lead.

While the Raiders were able to get their first hit of the game from junior Nathan Hernandez in the top of the seventh, Evan Hampton was able to lock back in and close out the 5-0 win for the Red Devils.

Evan Hampton finished his complete-game performance with just one hit allowed, no runs, three walks and seven strikeouts on the day. Hernandez allowed five runs on three hits, two walks and five strikeouts in six innings, with none of the runs being earned because of seven Trinity errors.

Evan and freshman Cayden Ray were the only Owensboro players to finish with an RBI on the day, while junior Connor Hallmark led the team with two hits. The Red Devils improve to 11-13 overall with the win, as they will look to win their third straight home game at 6 p.m. against Warren East on Friday.

Trinity falls to 4-16 overall on the other hand, as they will look to get back in the win column when they host Breckinridge County at 6 p.m. on Friday.