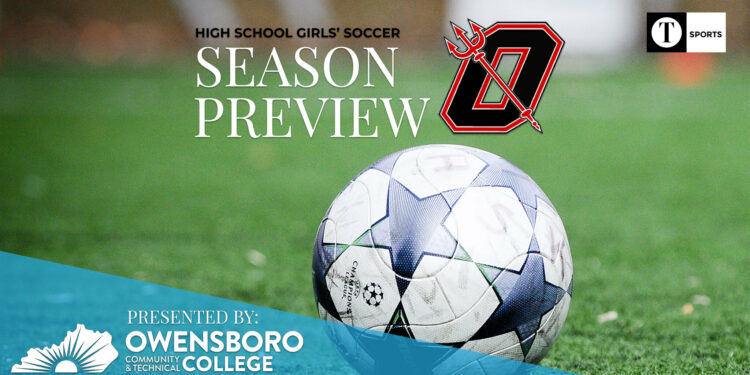 Following the Lady Devils first winning season in eight years, Owensboro girls soccer is hoping to build off of that success and be a force in district play this year.

Owensboro is coming off of a 2021 campaign in which they went 9-8 overall and had its season come to a close in the first round of the 9th District Tournament with a loss to Daviess County. As Lovett has changed the culture into a winning one for the Lady Devils, something they hope to build on despite a tough schedule.

“We are hoping to build on last season’s success, but having 13 home games may make it tough to repeat nine wins. We play more out of region competition this year so our schedule is much more challenging.”

They will be returning a number of key upperclassmen, including senior goalkeeper Chandler Worth and one of the premier strikers in the state in junior Sydney Lovett.

“Chandler had a stellar junior season with eight shutouts and nine wins and was an All-Region selection,” Lovett said. “Sydney’s sophomore year saw her tally 30 goals and 17 assists and was named to the All-State team. Defenders Olivia Wilkins (Jr) and Georgia Warren (So) are set to have breakout years for us after the wealth of experience they gained last season.”

They will also have another key upperclassmen joining the roster to add some experience to an otherwise young roster, that being Madolyn Decker who makes her way from Apollo. With such a young roster with limited depth, Lovett said that being healthy is going to be a crucial factor this season.

He also said that in order for them to be able to be a threat in district and potentially region play, they will have to be clicking on all cylinders defensively and get a key win in the midst of their tough schedule.

“We will also need to be a better defensive team in order for our goal scoring prowess to truly shine,” Lovett said. “We would like to be as competitive as last year with a signature win,” Lovett said. “That would help propel us going into postseason play.”