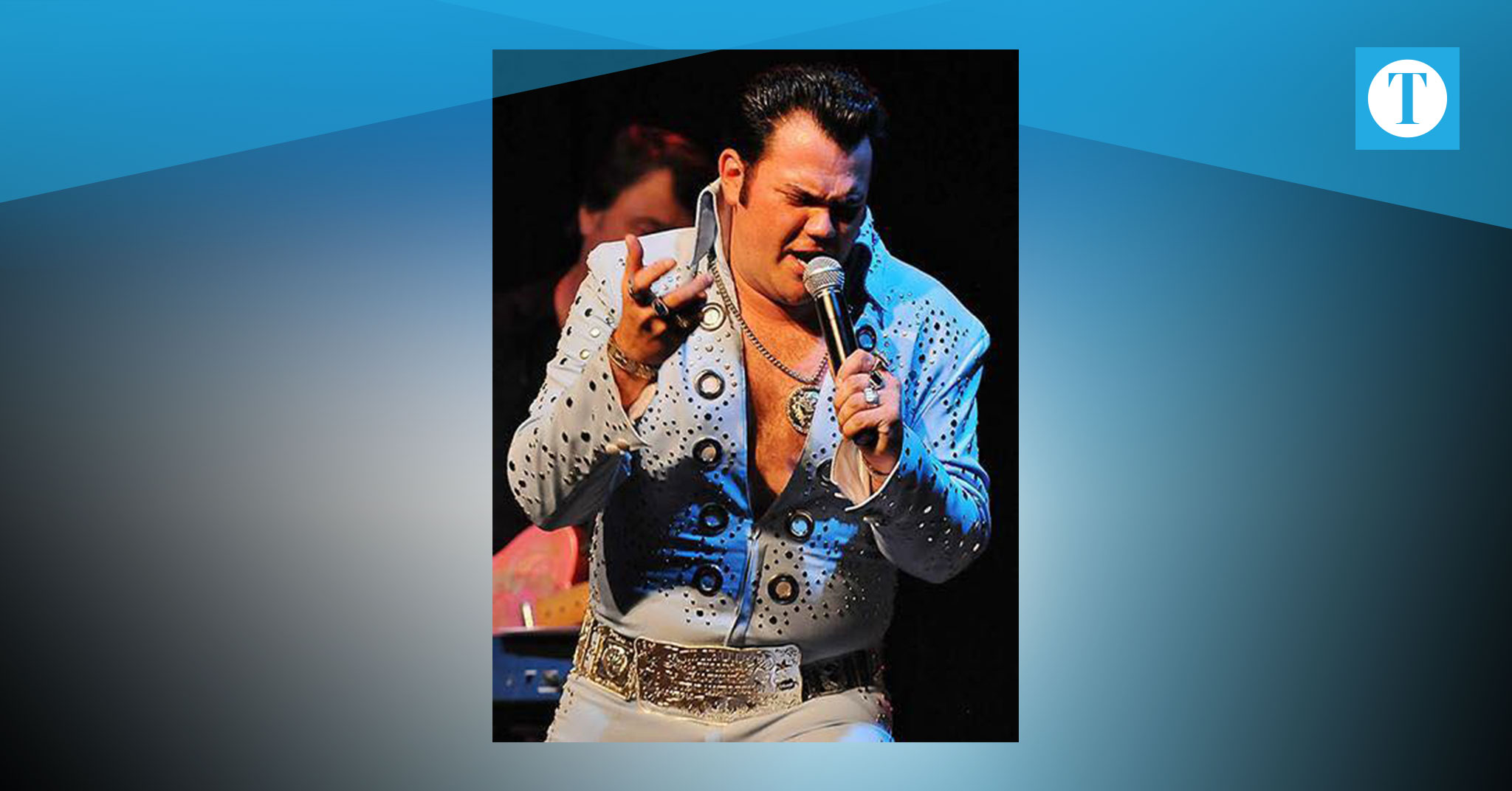 When Brad McCrady was 8 years old, his mother made his first white Elvis jumpsuit by hand, embellishing it with gold sequins. Now, in his 30s, McCrady custom orders his Elvis jumpsuits from “the hub of Elvis tributes”– Las Vegas.

“I’ve actually been an Elvis fan for as long as I can remember,” McCrady said. “My parents and a couple of aunts were big Elvis fans — I just grew up listening to Elvis music.”

McCrady said he was around 4 or 5 years old when the first video footage of him singing and dancing to Elvis music was recorded. Then, at age 8, McCrady decided he wanted to dress as Elvis for Halloween. He said there were not “ready-made” costumes of that nature at the time, so his mother made him a white jumpsuit with gold sequins.

The following year, McCrady dressed up and performed as “the King” for his fourth-grade talent show. After that, he said it became “an annual thing” to perform in character as Elvis each year during middle school and high school talent shows.

As far for McCrady’s musical talent, he said, although he did dabble a little in guitar and piano, the trumpet was his instrument of choice, and singing in the choir and performing in musical productions were his strength.

However, it wasn’t until after he graduated from Kentucky Wesleyan College in 2006, and had his weekends free to travel, that McCrady realized he could actually earn money using his musical role-playing talent.

“After high school [and college], I realized I could do this and get paid to do it,” McCrady said.

He began traveling around the tri-state area performing in charity events and contests in an effort to win prize money with his performances. In 2006, McCrady also auditioned for Goldie’s Best Little Opryhouse.

“I first went on stage at Goldie’s in 2006 literally right after I graduated college,” McCrady said.

After auditioning to the song G.I. Blues, where he performed along with a CD, Goldie asked him to sing Heartbreak Hotel with the band.

“I got up and performed with her band,” McCrady said. “It was the first time I ever played with a live band and I was hooked.”

McCrady said he performed in rock n’ roll shows and several Elvis nights until the venue closed in 2008. He still makes an appearance once a year at Goldie’s New Year’s Eve show where he is often swarmed by ladies of an older generation longing to remember their youth through songs of the past.

Now working in investments at the Evansville Teacher’s Federal Credit Union, McCrady doesn’t find it difficult to maintain his cover.

“I never really thought of myself as a dead-ringer or a look-alike for Elvis,” McCrady said. “Some guys look a lot like him, some look nothing like him. For me — it was always about the music. I think the reason I wanted to be him for Halloween as a kid was the music and his style of dress was so unique.”

While he may not be a “dead-ringer,” he has learned to take the role rather seriously.

“I’ve still got good hair and my costumes have gotten more elaborate as I’ve gotten older,” McCrady said. “My mom doesn’t make my costumes anymore. I have them all professionally made. The jumpsuits I wear are all made in Las Vegas — the hub of Elvis tributes. Their full-time job is making costumes for Elvis tribute shows.”

McCrady said he currently owns six jumpsuits, including four different styles in white, one in red and one in blue. McCrady said each of the suits costs between $900 and $1,000.

He said the most elaborate jumpsuit he owns is a recreation of the “Aloha” jumpsuit that Elvis wore when he performed in Hawaii.

“It’s not the run of the mill costume that you get off the rack,” McCrady said, adding that the jumpsuit features a red, white and blue eagle, along with elaborate beads and jewels, with a cost somewhere between $1,200-1,300.

According to Rolling Stone magazine, the actual Aloha cape Presley used for the performance in Hawaii sold at auction in 1999 for $105,250.

McCrady said one of the most enjoyable experiences for him is performing at nursing homes or retirement homes to residents who are dealing with illness or have trouble remembering certain details, but when he begins to perform, they start singing and moving along.

“That’s probably the biggest enjoyment I get out of the shows is seeing someone like that get enjoyment out of the music,” McCrady said, “and seeing it bring back a good memory.

Although his fans span multiple generations, and he counts his wife Ariel as one of his biggest supporters, one of his favorite fans is the couple’s 4-year-old adopted daughter Elinor. Elinor, who stands up and dances to the rhythm of a song any chance she gets, seems to have inherited her parents’ love of music.
While Elinor is a celebrity in the McCrady house, Brad McCrady has had a chance to play with a few of his own, saying the biggest thrill for him was to meet some of the people Elvis performed with.

“That’s the most exciting thing to me is to meet someone that knew Elvis very well,” McCrady said.

McCrady said he recently had the opportunity to perform with Bill Baize, one of the members of the gospel-inspired Stamps Quartet.

“When Elvis was on tour in his later years they would sing back up,” McCrady said. “I just recently got a chance to meet him and he performed with me and performed back up for me.
He said I did a fantastic job and said Elvis would be proud. I think that is the ultimate compliment.”