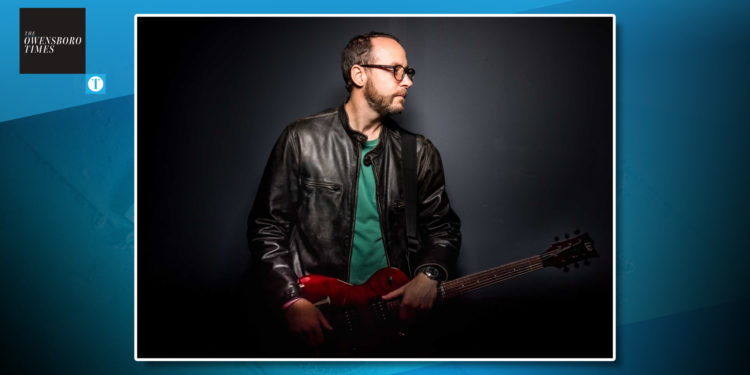 Local surgeon and classically trained musician John Falcone has had quite a year — facing plans that did not come to fruition but also celebrating the ones that did. On Friday, Creative Soul Records released Falcone’s second Christian Rock album, “Tableturner.”

In 2019, when Falcone’s self-titled debut album “Falcone Rising” released, three songs made it to top spots — including No. 1 singles, “The Sixth Hour Ballad of St. Dismas” and “Brother” along with the No. 3 hit “I Never Knew You.”

Reflecting on the release of his new album, he says music has been the perfect outlet for him.

“There’s nothing like being in a recording studio,” Falcone said. “I get the chance to meet with Grammy award-winning artists with these songs that I have written. I am awestruck in the whole process.”

Falcone acknowledges it has certainly been a learning process from demo form, to tracking and mixing, to the mastered versions of songs.

“It’s neat to watch these songs come to life,” he said. “The demo sounds pretty good to me, but those working with the album take it to a whole new level.”

Described as a continuation of the first album, the new release “Tableturner” includes nine songs and a bonus song available on the CD.

“It’s more hard rock, edgier,” he said. “The quality of the music is much better because of my growth as a composer and songwriter. I was proud of the first one, and I am even more proud of the second one.”

The in-person ministry he hoped would accompany his music was temporarily placed on hold in 2020.

“COVID sort of wrecked some of the plans,” Falcone said. “Our original idea was to use it as a ministry — to perform acoustic versions of these songs, have live events — and that got put on hold. It affected that part of this ministry a great deal.”

But he found a way to continue his desire to use music as a ministry by turning some of his attention towards the online community.

“We plan to start a video series on our Youtube channel in the next month or so,” Falcone said. “We will have 5- to 10-minute ministry lessons that utilize Bible verses, behind the lyrics of the songs, and include all the songs as it relates to using them as a vehicle for ministry.”

Though the process to create an album is much more involved than Falcone could have imagined, he is proud of how far he has come.

“For my first record, there were 10 songs on there, and three of them went to Christian radio outlets in the U.S., Europe, and overseas,” Falcone said.

Falcone said his family is very supportive, and on the newest project they have a special role — the kid’s vocals are included in one of the tracks.

“Tableturner” is available on digital platforms such as Spotify or Apple Music, and Falcone has CD’s available as well.

Falcone says that as a surgeon, he needs to have music in his life.

“I can have pretty hard hours,” he said. “Music has been a stress release, a creative outlet, something I need for me to function. The hope is to bring people to Christ.”

For more information or to purchase the album, visit here.