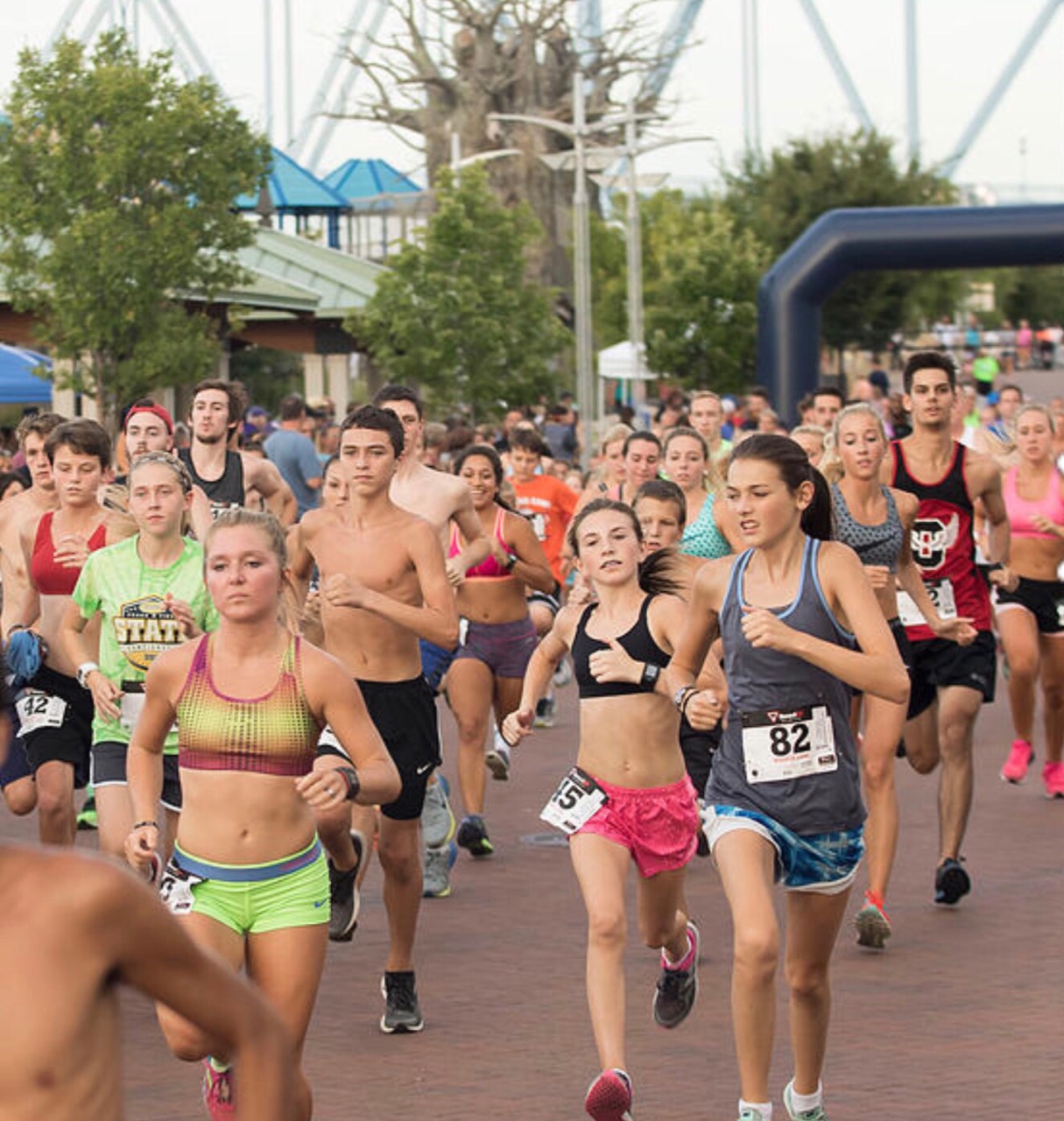 Photo courtesy of Friday After 5

What started as a fundraiser for Kentucky Wesleyan College’s cross country and track and field programs has grown into a thriving race. Coach Tony Rowe created the event three years ago, after pairing up with Friday After 5, in an effort to bring a running event to the Friday festivities. Participants have continued to increase each year.

Held in early August, it’s timed so that area cross country runners can participate. Many area high school coaches use the 5k as an early-season marker. Runners under eighteen years old even get a price break for registration, making it easier for area high school runners to participate. However, the field is not limited to area student-athletes. Participants range in ages from 10 years old to over 70, proving that it’s an accessible challenge for any age. There is also a 2-mile walk option for the event.

Prizes are awarded for the top four runners in each age group, and top five for the youngest two age groups. There are also door prizes awarded, including a three-night getaway to Appleview River Resort in Pigeon Forge, TN.

Race founder Rowe said, “our participants seem to enjoy the race, plus the atmosphere of being on the riverfront and partnering with Friday After 5 add to the excitement.”

Teresa Thomas, executive director of Friday After Five, said that the event provides a great way for spectators to see a race that they may not normally see. “It’s competitive; it’s not just a walk or fun run.” Thomas also recognizes that Owensboro has a strong running community, and since Friday After 5 didn’t have a running event, this filled a need. In the first year, there were 160 runners; the second year, there were 260; and this year the numbers look to increase.

The race proceeds go directly to benefit all KWC track and cross country student-athletes in purchasing needed equipment to help the budding track and field program.

The course begins and ends on Veterans Boulevard, in the midst of the Friday After 5 festivities, adding to the already celebratory atmosphere.

The Friday After 5k provides “an exciting event for spectators and participants to see what Kentucky Wesleyan College offers to its community,” said Thomas.