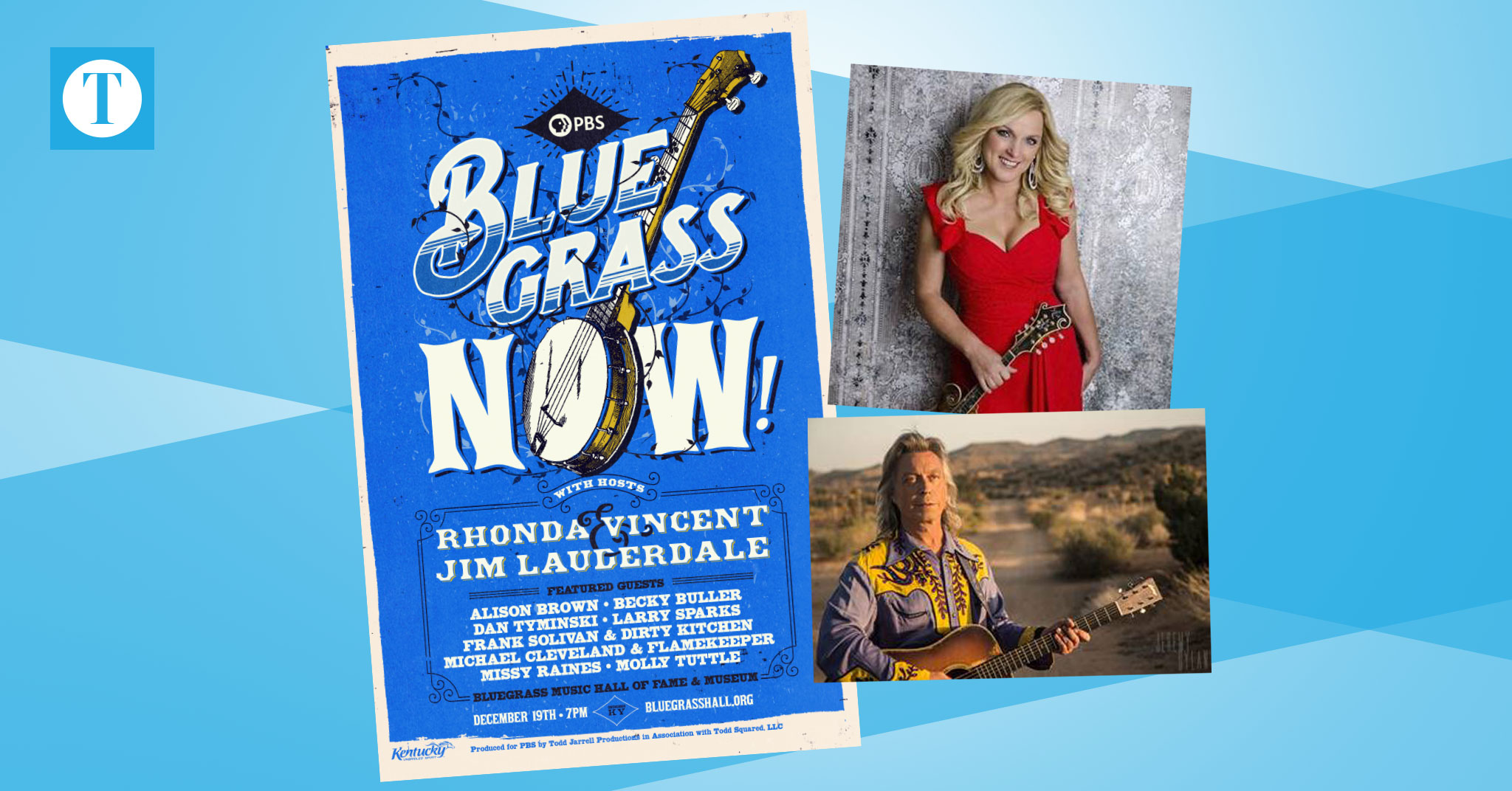 Photos contributed by the Bluegrass Music Hall of Fame & Museum

PBS will soon broadcast a historic concert featuring a range of new and old bluegrass artists in an upcoming special called Bluegrass Now! The event, celebrating 75 years of the musical genre, will be filmed at the Bluegrass Music Hall of Fame & Museum next month.

Owensboro Times sat down for an exclusive interview with the event producer Todd Jarrell to learn about the Dec. 19 concert and its significance to Owensboro.

Jarrell, who also produces the PBS series Bluegrass Underground, said hosting Bluegrass Now! at the Hall of Fame was an obvious choice.

“If bluegrass music has an address, I think it would be here,” he said.  “To me this is the epicenter of bluegrass being in this state, being as close as it is to Bill Monroe’s home. I can’t imagine a more appropriate place to do this.”

Bluegrass Now! Is a program for PBS’ pledge drive and will debut Feb. 29, 2020. It will air in markets across the country with an initial two-year license agreement with PBS.

The concert will represent the genre across genders and generations, Jarrell said, offering 10 acts like Hall of Fame inductee Larry Sparks and new-to-the-scene artists like Molly Tuttle.

Hall of Fame Executive Director Chris Joslin said this PBS taping is just a small part of the bigger story for the Hall of Fame.

“Folks didn’t invest in this place so it could be a nice little local treasure, but to play on a national level,” he said.

“Brand USA markets the U.S. to other countries,” Joslin said. “When you think about all the music from the U.S. that’s admired around the world and for them to choose Owensboro because of [the Hall of Fame] anchoring that.”

The recognition comes at a time when Kentucky Tourism is declaring 2020 “the year of music” as its next marketing campaign. The Hall of Fame will be featured in a series of videos for the initiative.

According to Joslin, whether people are a fan of bluegrass or not, the music is part of what makes the Owensboro community.

“What’s going on at the Hall of Fame and with the PBS production is almost bigger than ‘do you like bluegrass,’” Joslin said. “Bluegrass music is a part of our identity here in Owensboro.”

More than that, he said, bluegrass music has an economic impact in downtown Owensboro.

“Tourism is about taking something that’s true about where you live and living that out very authentically and compelling, where people want to come and enjoy it,” Joslin said. “The net effect of that is we increase the quality of our living here in Owensboro using other people’s money as opposed to always using tax dollars.”

Jarrell, a Nashville native, said he now visits Owensboro, something he would not have done without the draw of the Hall of Fame.

“You don’t have to be a football fan to appreciate your hometown winning, and this is a big hometown win,” Jarrell said, of the Hall of Fame and the PBS concert in the facility.

With the variety that the Bluegrass Now! concert will offer, Joslin said this event is perfect for the non-bluegrass fan to attend. Tickets will go on sale Thursday at 10 a.m. and can be purchased on the Hall of Fame’s website and in the box office. Visit their website for ticketing information and a full lineup of performers.