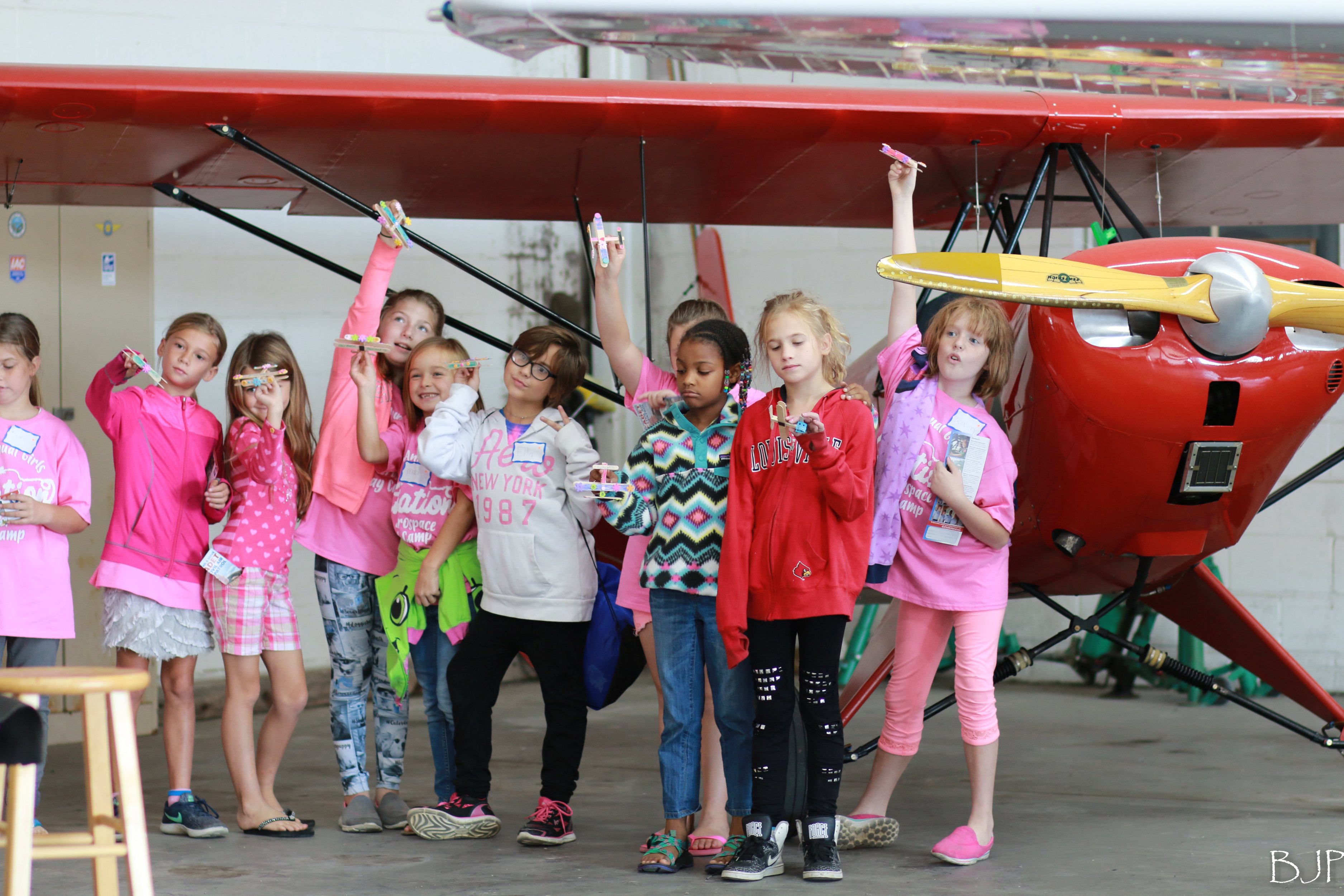 On September 8, she is offering the second annual Girls Aviation & Aerospace Day at the Owensboro-Daviess County Regional Airport.

The day camp is scheduled from 9 a.m. to 1 p.m. at the airport’s main terminal.

Besides creating an “awareness of the opportunity young women have in aviation and aerospace technology,” Settles also hopes to “inspire these young women to pursue their aviation dreams.”

“We are trying to get additional aircraft and female pilots at this year’s event,” Settles said.

Settles was “shocked by last year’s number” of 103 girls interested in aviation and aerospace, and she hopes to increase the number this year. One of the changes to this year’s camp is that Girl Scouts will be able to earn and leave the camp with their aviation badge.

Settles had planned to give them out last year, but she only planned to have 30.

“There is a box on the registration form this year so that I am prepared to have them at the event to give to the girls,” Settles said.

Settles’ camp is also able to award scholarships, thanks to generous sponsorships.

Haley Comstock is this year’s winner and “she will be able to use this money towards her journey of learning to fly. She will get to come to this year’s event for free and will become a ‘Friend of the Ninety-Nines’ until she is old enough to join the Ninety-Nines as a student pilot,” Settles said.

According to their website, the Ninety-Nines was “established in 1929 by 99 women pilots” and are “represented in all areas of aviation today.”

The price for the event is $15 per girl and includes a T-shirt if registered before August 23.  All attendees will receive a goodie bag, craft at the event, and a pizza lunch.

Registration will be available until September 7, but campers will not receive a T-shirt.