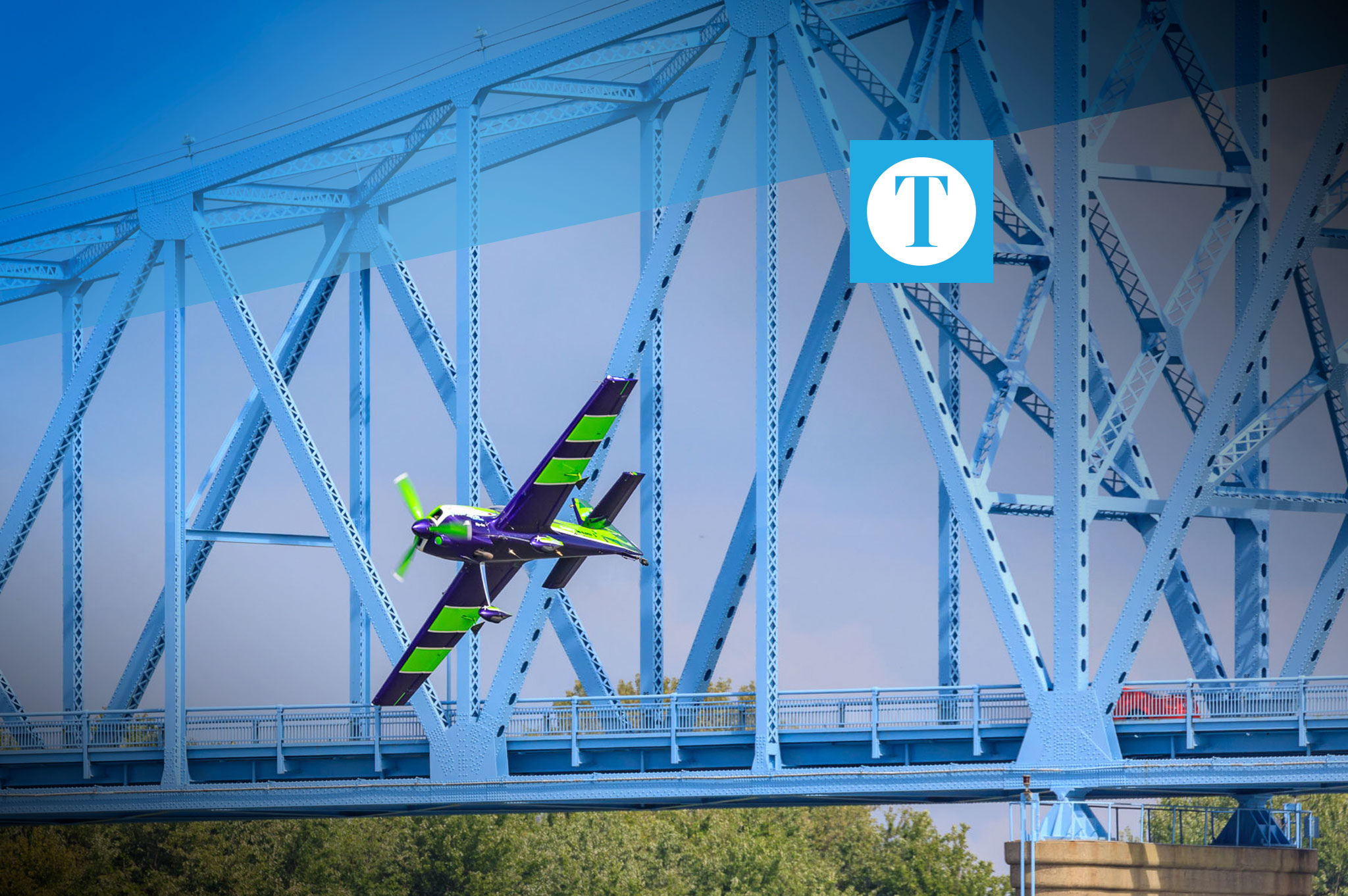 The Owensboro Air Show will take place this weekend, Sept. 14-16. First responders and agencies have been preparing for this event for six months — lead by the Owensboro Fire Department, who’s in charge of creating the risk analysis and emergency response plan for the entirety of the event.

“Normally, every year, we do a risk analysis,” said OFD Fire Chief Steve Mitchell. “We decide what we need to staff.”

The Blue Angels–a team representing the best flyers from the United States Navy and Marine Corps–bring more interest to the event, according to Mitchell. Crowds are expected to be bigger, which also presents more challenges as far as EMS and other emergency agencies providing protection to three different aspects of the airshow.

Areas include Owensboro Regional Airport, where the planes perform takeoffs and landings, the downtown riverfront area and at English Park where spectators reside. First responders will also target the airshow performers who fly, not only across the city of Owensboro but into other surrounding counties and over the Ohio River.

“The plan covers all three areas, plus the additional risk assessment,” said Mitchell. The plan also covers both the Indiana and Kentucky sides of the Ohio River.

“It’s unique here in that our river is a state border,” said Mitchell. “We deal with organizations from different states. We cover the Indiana and Kentucky sides, the airport, and the air.”

“We start making the plan about six months in advance,” said Mitchell. “The threat and risk assessment changes daily, and it’s getting ready to change again,” he said.

Based on risk factors, Mitchell had added two more agencies to the list of 23 first responders that will cover the ground, water, and air revolving around the air show.

Weather, site safety hazards, human (medical), security, and traffic issues are contributing factors in the risk assessment. This year, Mitchell says a new factor was added to the risk assessment, causing a major change for the Owensboro Air Show.

“The Ohio River has decided to come up because of Tropical Storm Gordon,” said Mitchell. He added that the river is projected to rise to 35 or 36 feet, meaning the lower portion of English Park that includes the boat ramp and a parking lot will be underwater. Mitchell said the water-rise is expected to last through the entire weekend.

Because of the water elevation, a decision was made Wednesday to not allow recreational boaters river access during the airshow. Spectators have enjoyed watching the show from their boats in past years, but this year, they will have to remain on shore to spectate. Mitchell said the faster-moving current and debris in the water could cause major problems for first responders on boats.

“It will present challenges for reserve boats. There’s normally 6 to 8 on the water during the event,” said Mitchell. “Debris can’t be hitting the boats.”

With the beginning of hurricane season in full effect, Mitchell says the air show shouldn’t be in danger with the oncoming threat of Hurricane Florence, expected to make landfall by late Thursday evening in the Carolinas.

“Florence is going to stall, which is good for us but bad for them,” said Mitchell. “The outer bands of that storm shouldn’t hit us until the first of next week. Even if we get the outer bands, we’re predicted to be in a dry period through the weekend.”

The heat index for the air show is expected to be in the 90s this weekend, and the humidity is making a comeback after the cooler weather in Owensboro over the last few days.

“People should plan accordingly,” said Mitchell. “They should hydrate and find some shade. With the heat, our risk level is probably going to rise.”

The plan also includes the incorporation of different levels of emergency response. The public level will provide three first-aid tents–one on each side of the Smothers Park area, and one at English Park. The public level focuses on things like bumps and bruises, all the way to lost children. Mitchell said lost children are actually the event’s biggest threat–namely, due to the large crowd size.

The next stage of first responders focuses on responding to more serious medical issues and emergencies. EMS responders at this level will drive ATVs, golf carts, and bicycles through the downtown crowd to move at a quicker pace.