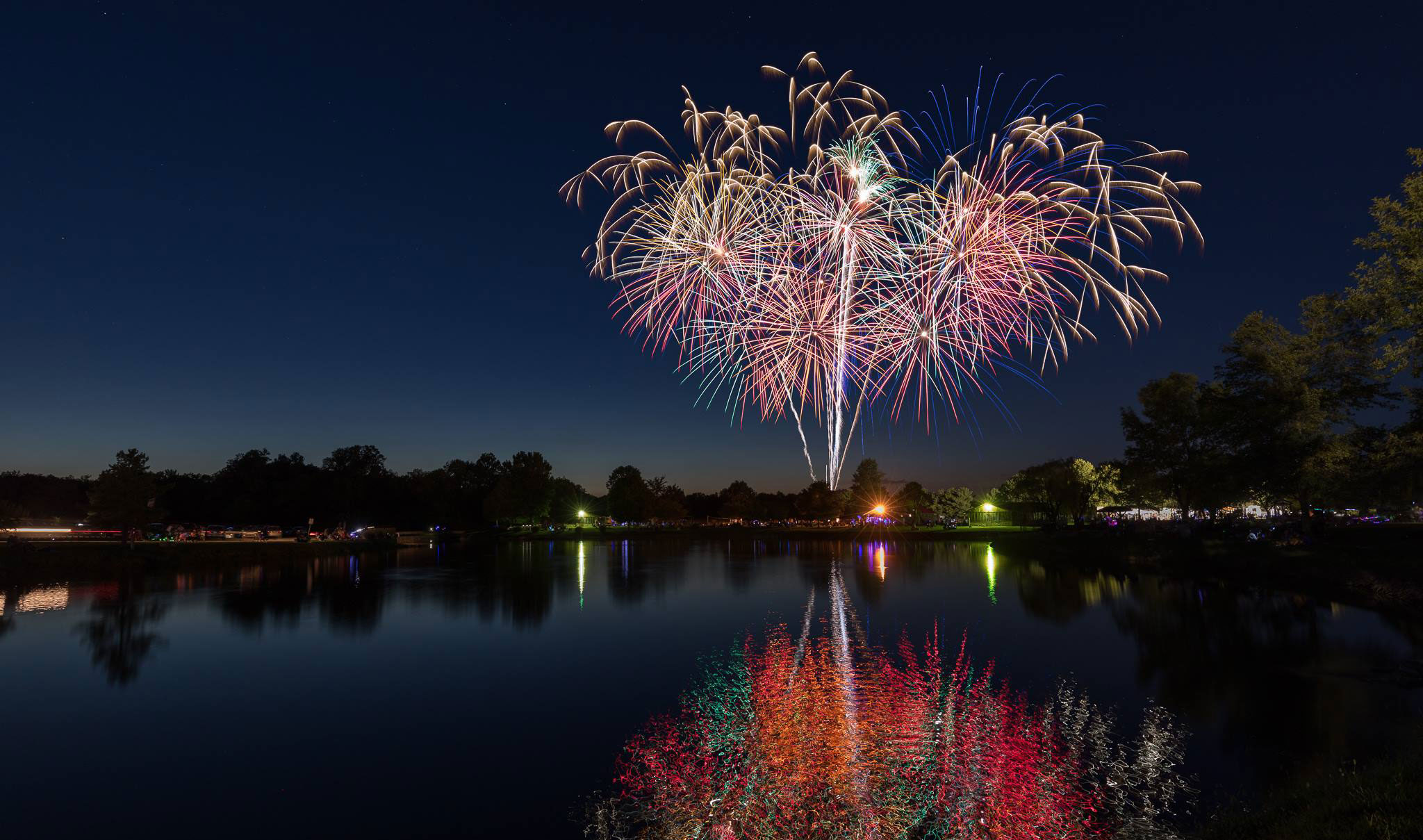 Thousands of people flocked to Panther Creek on Sunday evening in anticipation of an entertaining Labor Day weekend fireworks show. What few tend to appreciate is the behind-the-scenes effort it takes for all of those brilliant colors to illuminate the sky.

Stuart Snow has been enamored with fireworks since he was a little boy.

“I’ve liked fireworks since I was a kid. Buying bottle rockets one at a time at a firework stand near my grandparents’ house,” he said.

On Sunday afternoon, Snow and six others spent seven hours setting up reloadable mortar tubes with shells before wiring and cueing them to the system.

Snow has recently moved away from hand-lighting fireworks to controlling them electronically. This was his first time shooting Panther Creek electronically which he said made a significant difference because he could type and time things out better. Snow said he essentially composed a pyrotechnic playlist for the shells the night before the show.

While Snow did acknowledge that there was a time difference between the two methods of lighting fireworks, he said that he prefers the electronic method.

“It actually takes a little bit longer to set it up this way because everything has to be wired up to the cue system, then to the firing system,” he said. “For safety reasons, I would definitely choose electronic, there is no comparison…it reduces the potential for injury and is a lot safer.”

When asked who supplied all of his fireworks, Snow said that he has been purchasing his fireworks for the last ten years from Casabella Pyrotechnics out of Mauckport, Indiana. As far as creating variety during the fireworks display, sometimes he gets a little creative and tries new things like he did at the Panther Creek show.

“You did see some smiley faces tonight. It’s definitely a crowd favorite,” he said.

Snow said he’s done about 10 shows this year, including private shows and weddings

His next pyrotechnic show will be on Sept. 14 for the Owensboro Air Show. He says that spectators can expect an intense show, and maybe even a few more smiley faces.