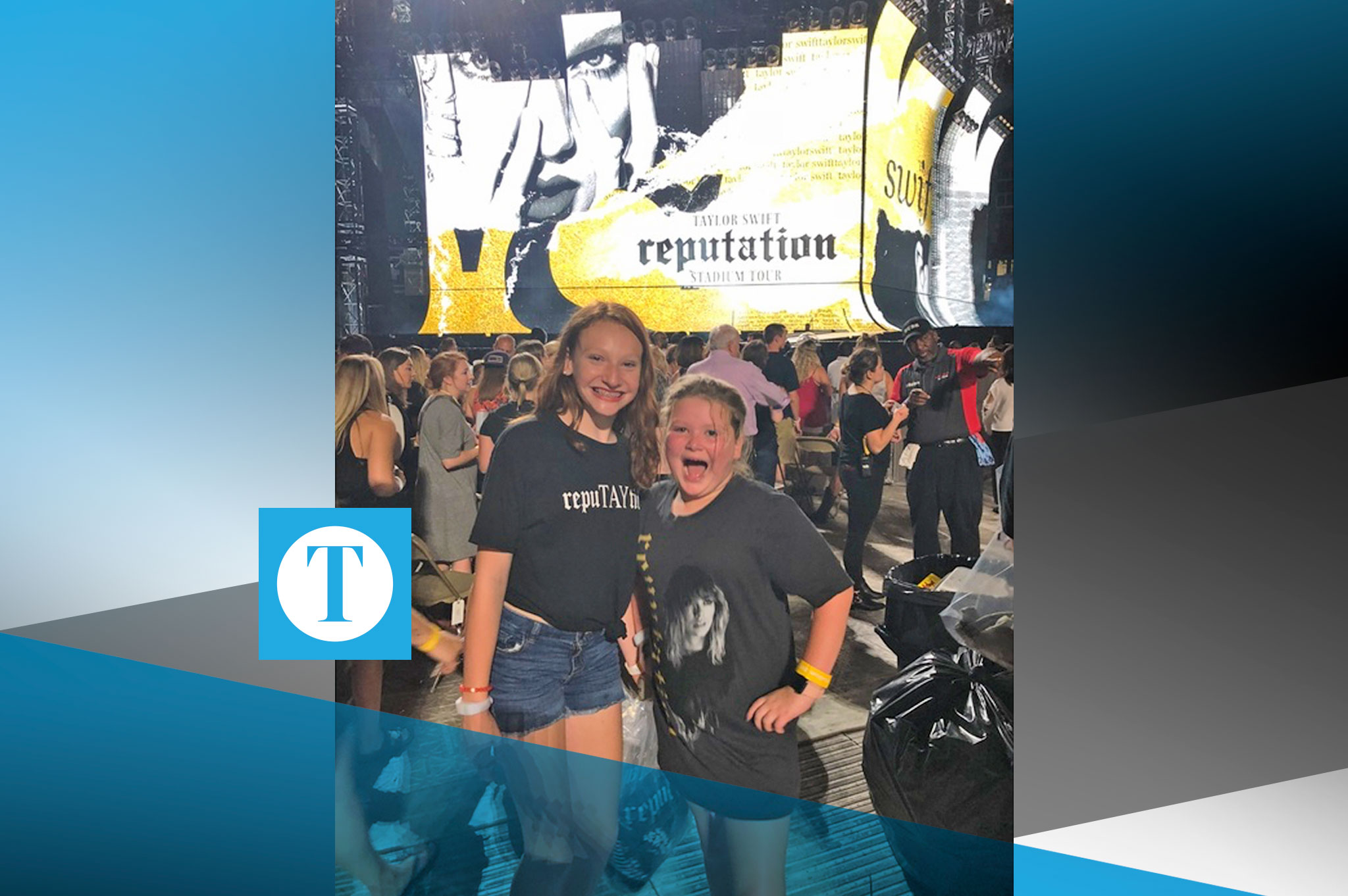 Kara Bane Luckett and Macy Critchelow on the floor at Taylor Swift in Nashville on Aug. 25. | Photo courtesy of Melanie Critchelow

The Thursday prior to Taylor Swift’s Aug. 25 concert in Nashville, Melanie Critchelow and Stephanie Luckett decided they would take their daughters to the concert. They purchased tickets in the ‘nosebleed’ section and Macy, Melanie’s 10-year-old daughter got her “Junior Jewels” t-shirt — a throwback to Swift’s shirt in her “You Belong with Me” video — ready.

As Camila Cabello was singing, the second performer prior to Swift, the group of girls decided to make a bathroom run. When they returned to their seats, Macy realized she had left her phone in the bathroom.

Melanie went to lost and found to see if it had been turned in, while Macy went with Luckett and her girls Jenna and Kara Bane, to the bathroom.

Macy’s nose began bleeding from the anxiety of losing her phone and paramedics were called to the bathroom, but no one could get the bleeding to cease. Worst of all, Macy’s T-shirt was bloodstained and Taylor was up next.

Luckett suggested they step outside the bathroom to get some air and see if that would help the bleeding. As they walked out, “a lady with Taylor Nation walked up and asked if we wanted to go to the floor,” said Melanie.

Taylor Nation is the team that promotes Swift and makes things happen for concertgoers. The representative had some disappointing news about the front row, however — they would have to split up. After purchasing a Taylor Swift T-shirt to replace the stained one, they never looked back at either nosebleed and were escorted to the floor.

“Macy and I sat front and center and the Lucketts were at the side of the stage that jutted out, literally the front row,” Melanie said.

All of this happened between Cabello performing and when Swift came out.

“We were so close that when the confetti cannons shot confetti, my purse was filled with it,” Melanie said.

Seeing Swift this close was so unexpected for the group, and when surprise guests Faith Hill and Tim McGraw came out of the floor to sing with Swift on “Tim McGraw,” Swift’s song from 2006, the mothers were as excited as the girls had been about Swift.

The phone was never recovered but the experience will lead to many stories for years to come.

“I don’t know if any of the five of us will be able to go to a concert again,” said Critchelow, reflecting on not being able to duplicate the Taylor Nation experience.