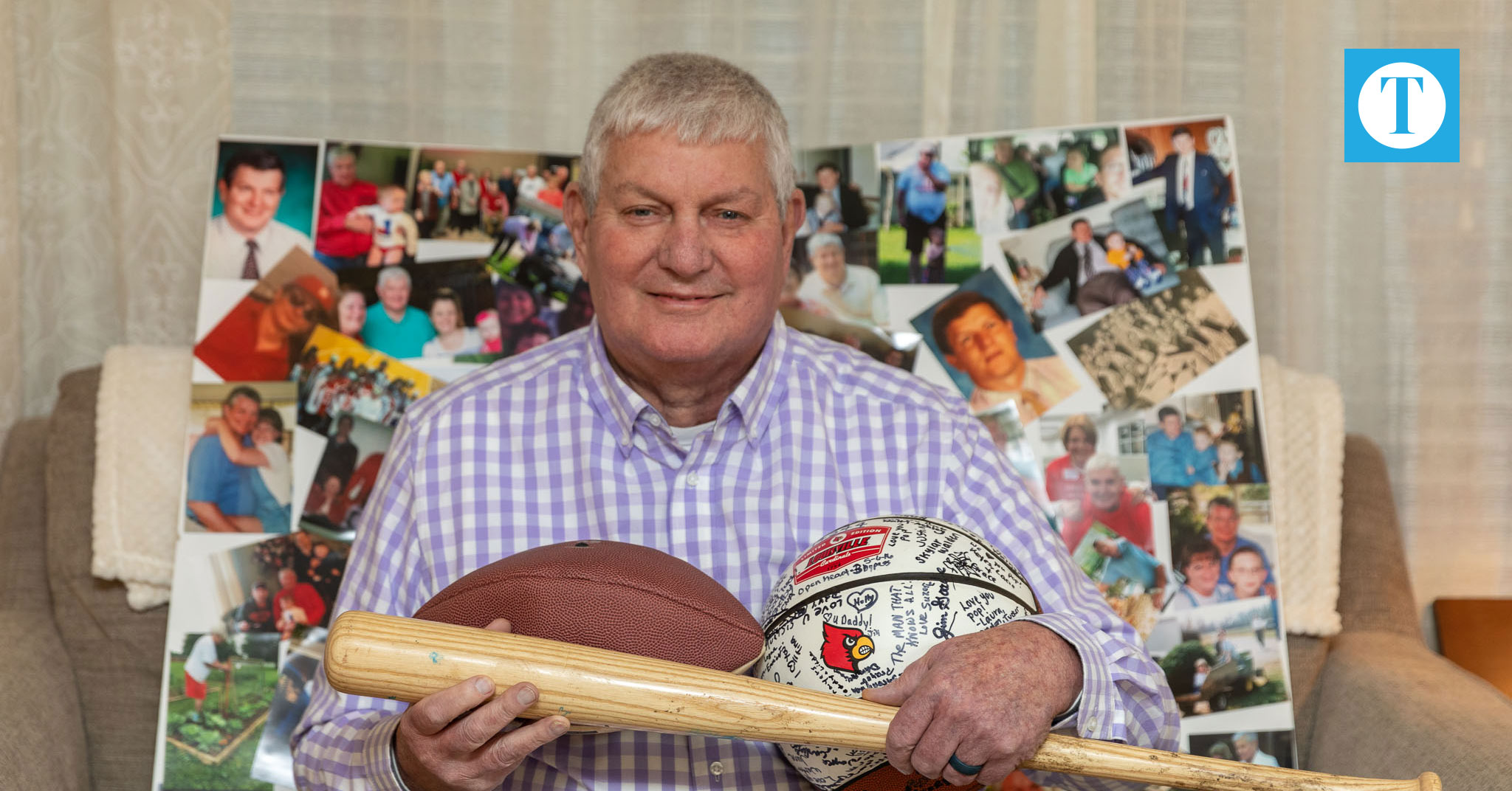 Since Walter Estes first began coaching in 1965, he has made an impact in the lives of children, athletes and educators alike. Now the man who has influenced the lives of so many, on and off the field, is in need of a life-saving kidney transplant.

Over the course of 50 years, Walter Estes coached more than five different sports, including baseball, basketball (at all levels), softball and football. He spent nearly forty of those years as an educator and counselor, providing guidance and support inside the building, as well as on the court and on the field.

“My dad has been a huge impact on children through the years, as he has been a teacher, counselor, coach, referee and radio personality,” said Walter’s daughter Jill. “He is retired but continues to sub in the Owensboro Public Schools.”

In 2016, after a lifetime of teaching and coaching, Walter had a heart attack and underwent triple bypass surgery. According to Jill, after several complications, his body shut down. Eventually, everything started back up again except for his kidneys. Walter has been on dialysis since May 2016 and, at age 70, is on the kidney transplant list at Jewish Hospital in Louisville. Jill said, because both of his kidneys aren’t functioning properly, he is higher priority.

It is illegal to receive money for an organ, so the Estes family is hoping to raise money for the potential donor and their necessary expenses. This Friday, Nov. 30 from 5-8 p.m. in the Daviess County High School cafeteria, they have organized a benefit chili supper and silent auction for a $10 donation, in order to raise money for the living donor.

“We are wanting to get as many people to come to the benefit, not only to help our cause,” Jill said, “but to make people more aware of how important being a living donor is.”

Jill said it could take between 13-17 weeks for the donor to recover, so they would like to raise enough money to pay for the donor’s everyday living expenses such as housing, rent, gas, groceries, car payment, etc.

“That’s the least we can do,” Jill said. “If my dad gets a deceased kidney, 100 percent of the money raised will go to the kidney donor foundation.”

Jill said her dad is currently on kidney dialysis at home for nine hours a night. While they have yet to find a donor match, she said they still have to be prepared to travel to Louisville within two and a half hours of when the hospital calls.

“Since I started this benefit, about four to five weeks ago, we have had six people contact Jewish Hospital about being a donor,” Jill said. “That is a lengthy process.”

She said, although the donor does not have to be Walter’s exact blood type, they do have to participate in two phone interviews, medical testing (including blood work) and be free from blood pressure medication, kidney stones, diabetes, and qualify according to age and body mass index.

“My biggest thing is making people aware of living organ donors,” Jill said. “The other is to provide for our donor, give them thanks and give them love.”

Jill said, until her father got sick two years ago, “I never realized the people my dad touched or the inspiration he was.”

The list of people Walter Estes has inspired spans across counties, as well as generations. From Fordsville to Philpot and from Maceo to Hancock County, where he coached the girl’s basketball team to 101 wins and took them to their first Class A state tournament.

The notable Owensboro athletes and individuals that credit Walter with inspiring them along the way is nearly as long as his coaching tenure.

Harvey Henderson and Major League Baseball umpire, Larry Vanover were both umpiring when they were teenagers, and often sought Walter’s guidance.

“I was 15-16 years old, playing and umpiring around Owensboro. Walter was very instrumental in helping me get started,” Vanover said. “I used to go down to the Sportsman where Walter worked and he would talk umpiring with me as long as I wanted to talk. He is a great friend.”

Glass artist and Flame Run Gallery owner, Brook White, was a product of Walter’s coaching as was Lori Beth Roberts, who is still teaching and coaching in the Hancock County School System.

While Walter is “officially retired from all sports,” Jill said he “still to this day subs as he can,” and is a “very active member of 3rd region radio and live stream.”

Although it may appear that Walter’s greatest accomplishments occurred on the hardwood or on the diamond, he treasures his 50-year marriage to his high school sweetheart Jamie, as well as his two children, three grandchildren and four great-grandchildren.

Jill is anticipating a large turn out for her father on Friday as she has recently felt the impact he has had on others over the last 50 years.

“I just cannot get over the outpouring of support,” Jill said. “Students still come up and say that they wouldn’t be where they are today without my dad.”