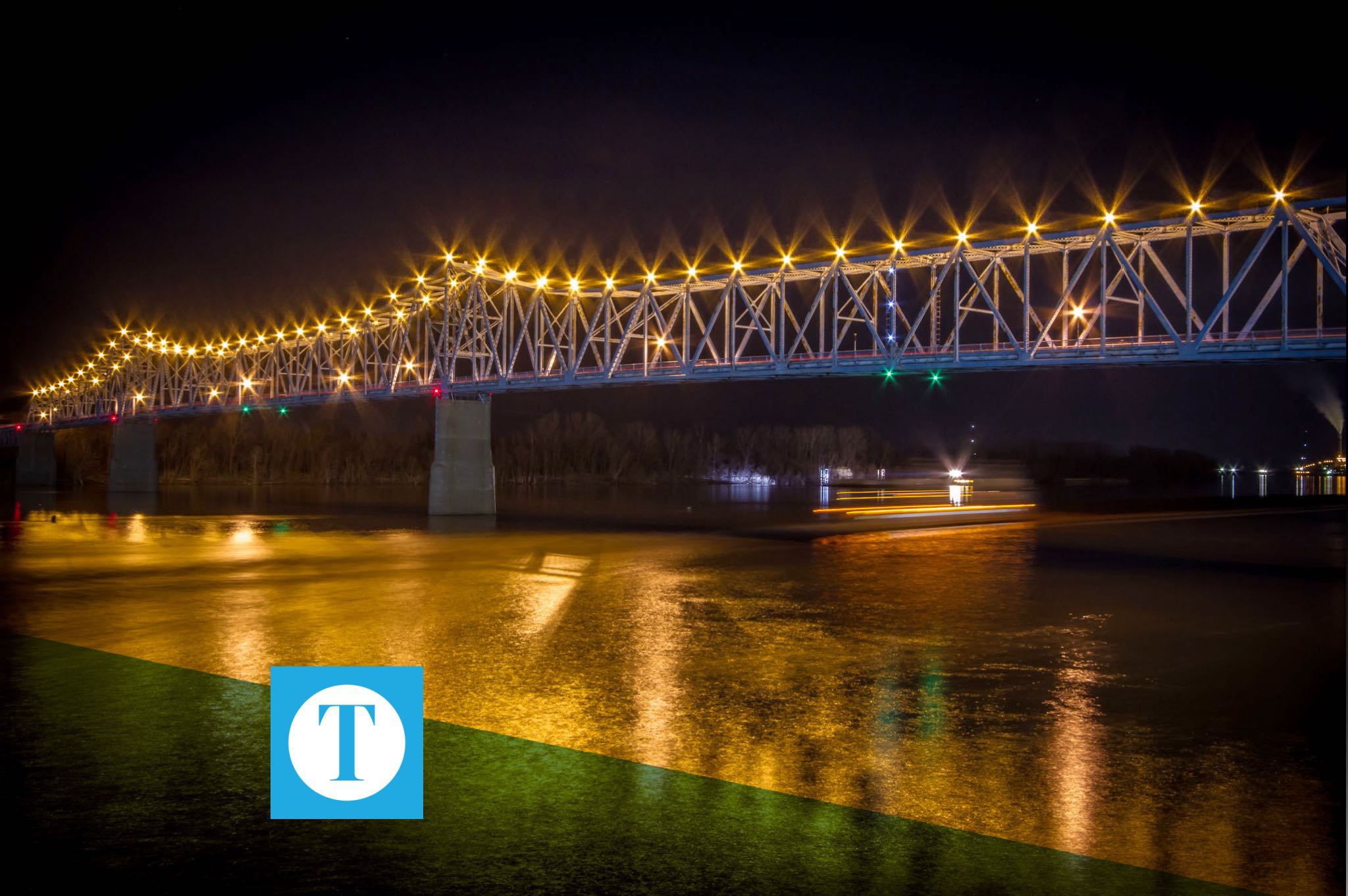 If all goes according to plan, residents should be seeing lights on the downtown bridge before Christmas 2019. But it won’t be your average, everyday white lights that reflect on the water at night. Assistant city manager Lelan Hancock said he wanted something different for the Owensboro bridge, something that most people hadn’t seen before.

“We’ve got a design firm on the board,” Hancock said. “The design timeline will run from Feb. 1 through June 1.”

After the design phase, Hancock said bids for installation will open on July 15. Construction itself is predicted to start on Aug. 15.

“We’re looking at roughly a four-month construction schedule,” that Hancock said should conclude on Dec. 15. “My goal would to be able to light up the bridge as we light up the downtown Christmas tree.”

Hancock said everything depends on when the city receives the Kentucky Transportation Cabinet (KYTC) permit, but said he doesn’t anticipate any delays.

As for the lights, Hancock has spent much of his time determining which kind of lights he envisions for the downtown bridge. It was important to Hancock to do something unique that hadn’t been done in many other places. To have people see the Owensboro bridge lights and say, “I’ve seen that in Louisville,” or “Those lights look the same as the ones on that South Carolina bridge,” were not the reactions Hancock wanted to hear.

“I’ve looked at bridge lights all over the country, and all over the world, for that matter,” Hancock said. “But I grew up in Owensboro, this is my hometown, and I want this bridge to really stand out. I want people to leave Owensboro and say, ‘Those are the most beautiful bridge lights I’ve ever seen.’”

Instead of adopting one color for the display, Hancock plans to use lights similar to LED lights that are also able to change color. Hancock said having the ability to change the bridge’s lights for holidays and events is the goal. For Halloween, Hancock said they could make the lights orange, for example. For the Owensboro Air Show, the lights could be changed to a color scheme that coordinates with the aircraft.

Because of the Owensboro bridge’s unique structure, design and beam placement, Hancock feels that the bridge’s lights will not only be unique in their changing hue, but in the detail they will offer due to their placement.

“I just want to make it pop and be something new and amazing for every event and holiday,” Hancock said.