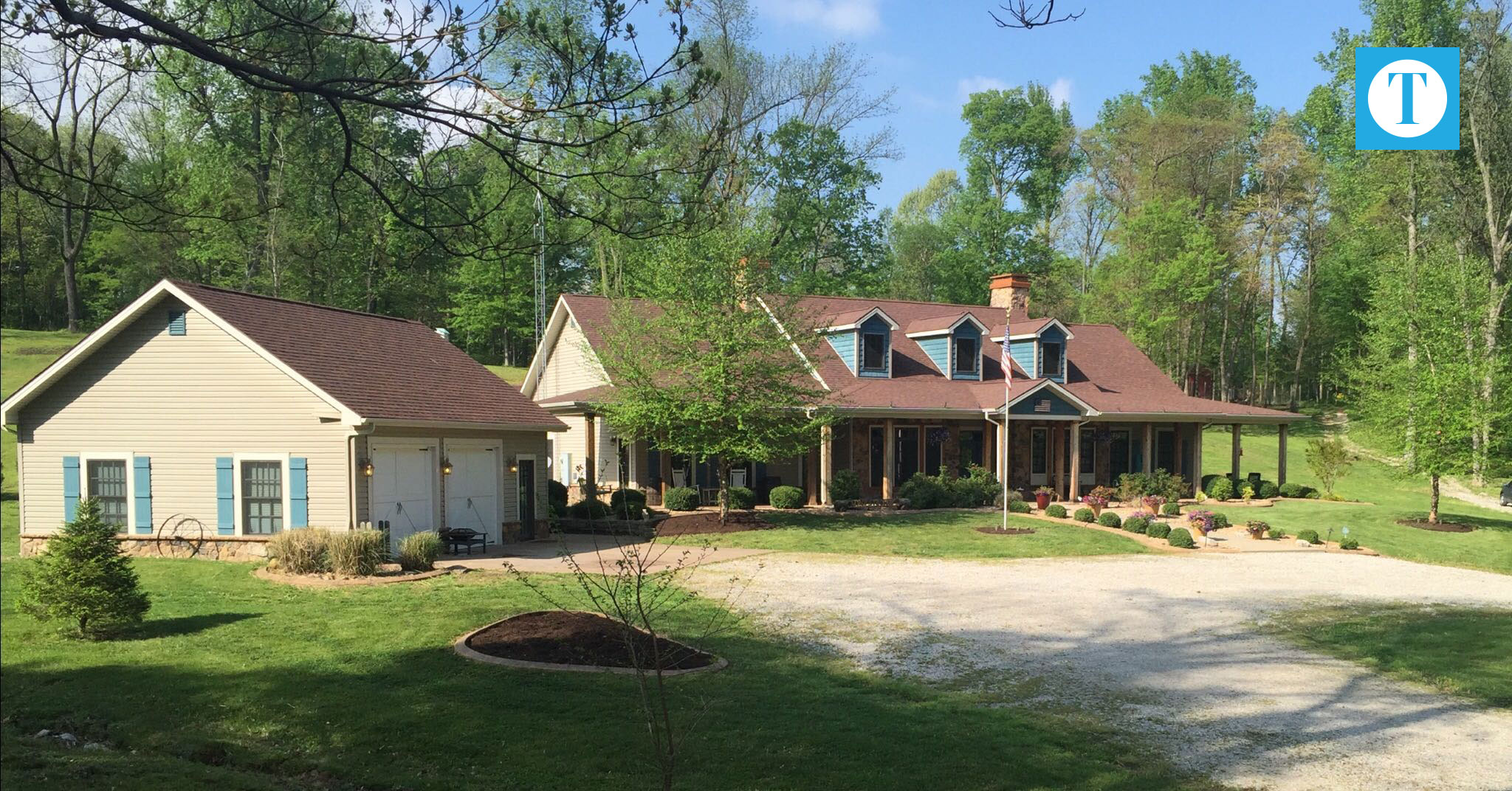 Brian Hofstom recently listed his more than 3,000-square-foot home for sale. The home was built by local contractors through the once popular ABC network show Extreme Makeover: Home Edition in 2009. | Photo submitted

When Brian Hofstrom bought his east Daviess County home in 2013, he did not know that it was a part of local history. The more than 3,000-square-foot home was built by local contractors through the once popular ABC network show Extreme Makeover: Home Edition in 2009 for the Mattingly family of Maceo.

“We have loved living in it, but it is just time to move on,” he said.

Hofstrom compares his home, which is approaching the 10th anniversary of its famous build, to “the Executive Inn of this era” because everyone he talks with has a connection to it.

“It’s a great house and a great story,” he said. “It seems like everyone had a part in it. They either hammered a nail, set a brick or laid a tile.”

Hofstrom is friends with Mike Ballard of Ballard Construction Custom Homes, who helped on the project 10 years ago.

“Mike told me that every person out there gave it their all,” Hofstrom told Owensboro Times. “He said they were all proud to be there. Everyone gave their best work.”

Hofstrom’s realtor, Brian Luttrell, said that attention to detail was obvious when the inspection came back on the home in 2013 when the Hofstroms purchased the property.

“It’s one of the best-built homes around here,” Luttrell said. “The contractors went above and beyond to show off their craft.”

Hofstrom said he changed very little about the home since buying it from the Mattingly family six years ago.

“We did convert the massage room into a media room,” Hofstrom said.

Hofstrom gave a piece of the wallpaper from the room to former owner Melissa Mattingly, a massage therapist, to serve as a memento of the home.

According to ABC publicity, Mattingly was the sole wage earner after her then-husband was hurt in an accident while he was responding to a fire as a volunteer firefighter for the Yelvington Fire Department. The couple lived in a 700-square-foot trailer with their two young daughters before the hit show chose them as recipients of a new home.

Owensboro Times spoke to Melissa Mattingly, who could not comment much about her experience with the show due to confidentiality contracts signed with the show.

“All I can say is that I was truly blessed my God for my family be chosen to receive this opportunity,” she said. “I will be forever grateful for all the time, prayers, love and commitment from the community. Even though I no longer own the home, it was a great experience and a lot of life lessons. Extreme Makeover was fantastic and everyone, from staff to celebrities were phenomenal people.”

For the Mattingly’s episode, show regulars like Ty Pennington, Didi Snyder and Michael Maloney were on set for the build. Famous rapper Xzibit was also a guest designer and country singer and songwriter Clint Black also stopped by Maceo to help construct the Mattingly’s new home.

A reboot of Extreme Makeover: Home Edition is making its comeback on HGTV in 2020.