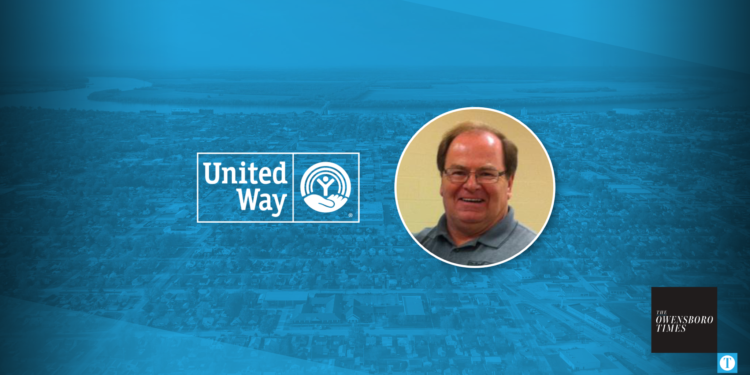 The United Way of the Ohio Valley recently announced the retirement of longtime president and CEO David Ross, who started with the organization in 1996 when their office was in the basement of the Executive Inn.

Ross said there was only one constant at the United Way: change. He attributes both the organization’s and his success to the many individuals he encountered along the way, all of which he has declared family.

“I knew I began to understand what it meant to be part of the United Way when I attended an awards dinner, and they asked a few of us to introduce our families to the audience,” he said. “For whatever reason, I was there alone, and when it was my turn to speak, I simply said my United Way experience had taught me that you all are my family.”

Ross’ first mentors were Ron McCraken and Joe Overby, who provided valuable lessons about nonprofit work. He said their message was always that it’s not about the staff, rather the volunteers who govern the United Way.

“For the first 6 months or so, I thought I had made a mistake as the United Way processes seemed so foreign to me,” Ross said. “United Way works on a larger scale than many nonprofits and has a larger reach in our communities than I realized. Slowly, I began to catch on and realized there really was a method to the United Way madness.”

Ross reminisced about the many “phenomenal” board of directors that the organization benefitted from during his tenure. He said that many of the board members juggle jobs, family, and other obligations to make their United Way experience a priority in their life.

“I admire these people who financially support the United Way and work on committees and volunteer their time and talent to help. They are the ones who are the driving force behind its success,” Ross said.

He also praised the many corporate, union, and community leaders that partner with the United Way to do some “amazing work.”

“Over the years, many have advised me, chastised me, and guided me through difficult terrain. In 25 years, every time I have asked for help, I’ve received it,” Ross said. “Our community leaders are responsive, thoughtful, and act with the people in mind. While we may not always agree, I believe they are doing the best they can to move our communities forward in ways that make sense to them.”

Ross proceeded to thank the United Way’s partnering agencies as well as its substantial donor community. He said the support of these entities was constant during seasons of calm or during a disaster.

“One agency can’t help everybody and address every issue, but I am proud of our past, present, and future partner agencies. They all benefit from mission-driven and selfless staffs and leaders that propel their clients to meet the challenges of the future,” he said. “Our donors don’t just give until it hurts; they give until it feels good, and they have taught me the difference.”

Under Ross’ leadership efforts, United Way raised and invested more than $50 million in the community; established agencies such as Building Stronger Families and dental clinics; supported a statewide 2-1-1 network; and formed progressive partnerships.

But that’s not how Ross chooses to measure success.

“I think about how thankful I remain when minutes after the tornado of 2000, when I was onsite at the heavily damaged Hospice office, and then minutes later at the OMU Customer Service Center, to learn loved ones had survived and were safe,” he said. “I think about tomato day when a local farmer had ‘a few tomatoes he wanted to donate,’ and the next day we hand-delivered 1,000 cases to those in need.

“I once heard Dennis Wheatly say, ‘the double win is when I help you win, I win too,’ and I have found that to be true; if you want a win-win in your life, try the United Way.”

While Ross looks forward to some time off, he hopes to remain a pivotal part of the community by continuing to grow his already big “family.”

“Each of you, whether you are a corporate representative, a volunteer, or a person receiving services, you are all part of the United Way’s and my family,” he said. “You have been the source of some of the greatest joys in my life — I thank God for you often, and you are my family.”