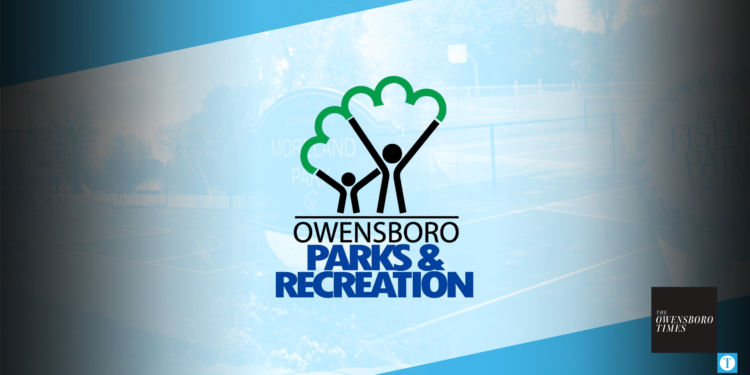 The Owensboro Parks & Recreation Department is considering using a third party to create a 10-year master plan, using input from the public and stakeholders to create a prioritized vision for what the citizens want and need from the city’s park system.

City Parks Director Amanda Rogers had initially drawn up a draft for the department to create their own new master plan, but the Parks & Rec Advisory board on Wednesday agreed it would be best to utilize a third party.

“Adding something that takes that much time would take away from what we’re servicing as far as a department,” Rogers said. “It would affect our workload.”

Rogers said the biggest concern she had with her department taking on the project was the potential for the public to think the findings and decision were biased. Brining in a third party ensures the integrity of the product, Rogers said.

“If we’re putting together a vision and we’re taking public input in and we’re trying to line out how to spend those dollars and effort and time for the next 10 years … if we’re doing that all internally and there were any tricky or touchy topics, or funding became a big issue, then the integrity of that process can be questioned,” Rogers said. “I feel like there’s some integrity that’s lent when you bring in a third party that’s not biased in any way at all to provide that input.”

Rogers said creating a master plan includes analysis of property, amenities, services and programming — essentially looking at what to keep, what to cut, and what to add.

The previous master plan, which included the creation of Smothers Park, was created to be used from 2000-10, and an update was completed near the end of that 10-year period to make the plan last through 2015.

A third party both created that plan and did the update. Rogers said they included various aspects of public input — including surveying a random draw of citizens in the city limits; public meetings and open forum; stakeholder meetings; and meetings with elected officials, department heads and park staff.

Rogers said going with a third party could cost as much as $80,000-$100,000. The advisory board recommended splitting the cost over to budget cycles to help with funding. They also noted that while it’s a large up-front cost, the long-term benefits of the master plan makes it worth the investment.

“There is significant value in it, and it is a great document tool for elected officials and for us as staff to make sure that we’re focused on what the community wants right now,” Rogers said. “There’s value to that. What I’ve got to do in the next several weeks is really work hard to find someone that can produce a good product in a fair timeframe for the best price.”

Rogers said it would probably be at least 6 months before they would know who they would work with, and that the project would likely be bid out. If they ultimately go with a third part, she hopes to get the plan finalized to begin using in 2023 or 2024.

The Parks Department would still be working on other renovations in the meantime.

Rogers pointed to the Jack C. Fisher Park renovations as an example of how a plan would help prioritize what’s needed.

Fisher Park is an example of how to prioritize what’s most needed.

It had been more than 30 years since the softball complex at the park had undergone any major updates. Parks and Recreation staff made a push in 2019 for renovations in order to entice more teams to travel to Owensboro and play in tournaments.

The project — which included synthetic fields, a 4-row batting cage, an improved playground, expanded parking lots, a facelift to the entrance and welcoming area, and a myriad of other cosmetic improvements — spanned two and cost $2.9 million.

Rogers said they immediately saw a result, adding an additional eight events per season at the complex. Rogers said previously those events could drive the economic impact up to $22.5 million per year compared to the former complex bringing $16 million to $17 million annually.

“I feel like we’re seeing some fruition from the investment that we’ve put in,” she said. “We had a great year last year. We’ve got three new tournament directors on schedule this year that have never utilized Owensboro, Kentucky before. We’re super excited about that. That means the word is getting out and people that are playing here and playing other locations are letting people know that we’re here and we’ve got a great location to play at.”

Those are the kinds of projects Rogers hopes to complete with an updated master plan.

With the last master plan, the department was able to compile prioritized Top 25 “wish lists” for both programs and amenities desired.

Rogers said that list helps the department understand how people prioritize bigger elements by ranking the importance of things such as programming, green space, sports facilities, and passive use facilities like walking trails and shelters.

When someone comes to the department with an idea, Rogers previously said she references the list to see where it falls on the priorities based on public input.

“We want the citizens to feel like they have a voice and want them to feel like we are their department, and we’re here to service them,” she said previously. “So I really believe in the value of a document like this, because it gives everybody a chance to speak up.”